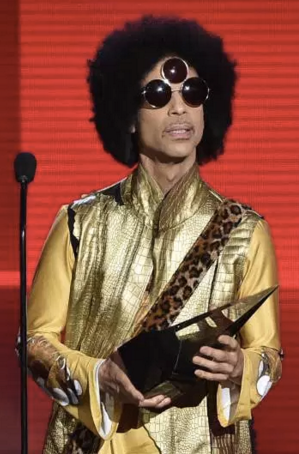 I always thought it was “cuss, fight & bleed”
as the reasons one Prince Rogers Nelson cited
as warnings for parents hoping to raise healthy
children but “breed.” How a Nelson could do this.

Driving a white ’77 Toyota Celica listen
to “XRT & this beat comes on, squeals,
drum beat (a broken tomtom?) & 80s
synthesizer, he only 3 years older
& me a little behind on my own Sexuality
but enough guitar to keep me in it

& maybe it was SNL
this guy’s a Nelson w/ world class
sass making fun of TOURISTS
funky as hell and soon
popular as anyone raining purple
skinny boy just a tuft of chest hair.
“Don’t let your children watch TV
until they learn how to read.
Or else all they’ll know how to do
is cuss, fight and breed..”

Then an unpronounceable symbol
then TMZ breaks the news Dead at 57.
One way to get Facebook friends off
Bernie Sanders for a moment
& I get chills watch the video
of his solo on While My Guitar Gently Weeps
knowing he’s watching too
and the sex never got better.
“We’re all just the same”
watching our feed
dying too young
addicted to velocity.