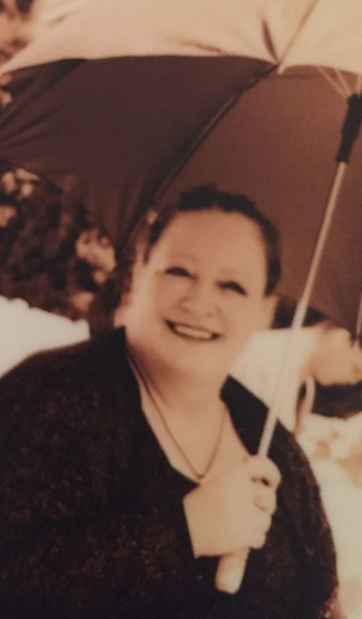 Sad to report that one of the longtime August Poetry Postcard Fest participants, Bridget Nutting of Vancouver, Washington, died yesterday, Sunday, October 9, 2016. From her son Josh:

On Sunday October 09, after several years of battling high blood pressure, multiple infections, congestive heart failure and a slew of other ailments, my mother passed away.  She leaves behind my father, her sons and daughters (Suzette, Yvonne, and Kat), her granddaughters (Natalie and Lilah) and a lifetime of friends and family.  I have watched my parents struggle for the past six years with multiple doctor appointments, physical therapy sessions, ambulance rides, extended stays in the hospital, and all the other ancillary effects that come with a battle like this.

She conducted an online interview with me in 2007 and here were her questions:

Paul,  I actually read all that before, but went back and read most of it again as a refresher. There are a few things missing… What made you decide to specialize in poetry/organic poetry? When, in your life, did you know you were a poet? Did you write as a child? What moved you to “dance to the beat of a different drum?” Does your daughter, who must be 16, enjoy writing also? What about being her parent has changed who you are? Obviously you have a “public persona” to which you aspire (and an impressive one at that), but who are in in the wee morning hours when you have only yourself to answer to? (My curiosity is courtesy of “The Invitation” by Oriah Mountain Dreamer.) You obviously have a depth of soul that has probably served you well, but has probably also caused some distress in your life….What eternal probing questions do you ask of the universe or seek to answer or resolve? You have the spirit of a seeker, how has that formed you and your daily aspirations? If you could give you teenage daughter one gift, what would that “gift” be? Well, now…. that would really tell me about “you”….

She was a kind person who participated in the fest with great joy was obvious. I left this note on her Facebook wall after hearing the news:

Paul Nelson “Dear Bridget, Your August Poetry Postcard Fest friends miss you already, thank you for your humanity and camaraderie and wish you a safe transition to your next appointment, as well as a wish for your family to have a thorough and comprehensive grief that is not too much to bear. As Denise Levertov said: 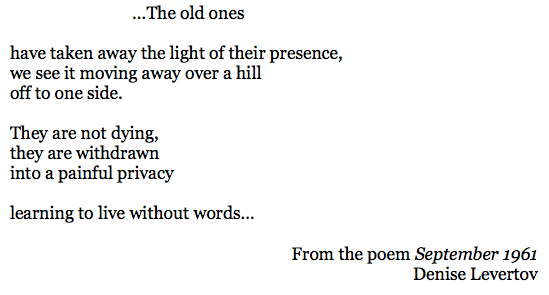 A Go Fund Me page has been set up to help the Nutting family with costs incurred from Bridget’s health care needs. See: https://www.gofundme.com/2t8ccc3c 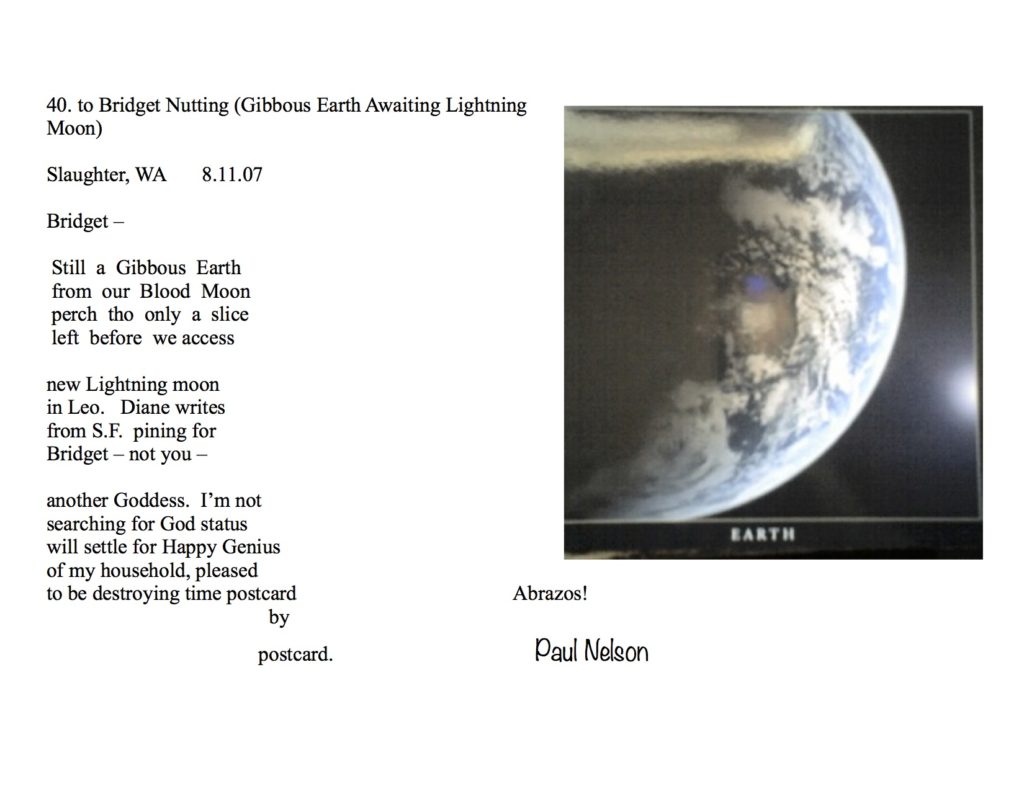 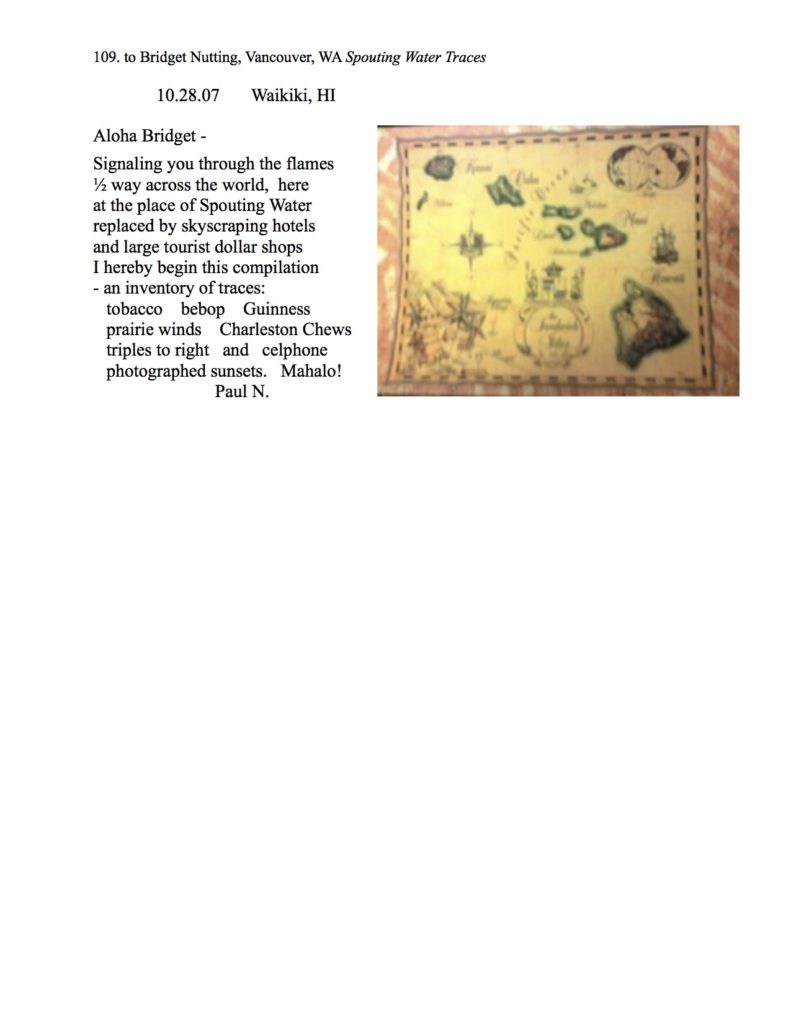