Jeanne Heuving The Transmutation of Love and Avant-Garde Poetics 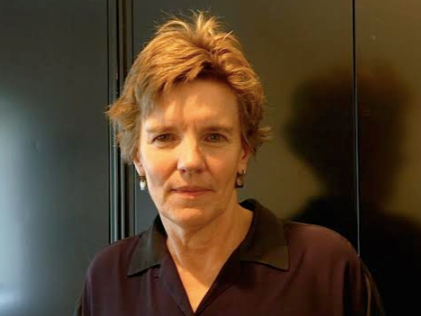 On Friday, October 14, 2016, I had the good fortune to interview Jeanne Heuving about her new book: The Transmutation of Love and Avant-Garde Poetics. That she was writing about Projective Verse was of great interest to me and reading the book and getting her insights about specific facets of this stance-toward-poem-making was invaluable. 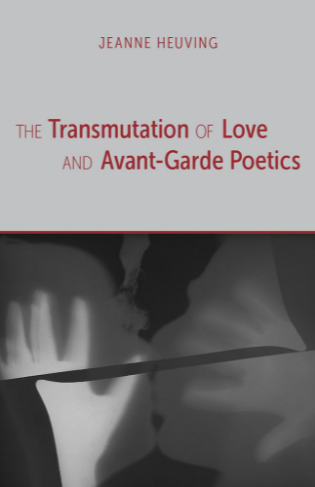 In the first segment she confirmed that the book took over thirteen years to research and write and stated her term for the stance for the transformed method their poetry took, “a projective love and libidinized field poetics.” She discussed the typical love poetry mode “Lover/Beloved” and how each poet covered in the book: Ezra Pound, H.D., Robert Duncan, Kathleen Fraser and Nathaniel Mackey shifted to a deeper and more open process. We discussed how the history of love poetry has been “his love or none at all” and how Donald Trump’s actions discovered during the current presidential campaign are a really negative example of a male-centric sexual continuum. Listen to Part One: 9:35.

In part two she discussed some of the problematic male stances toward love in the culture and the book, Donald Trump, Bob Dylan, Robert Creeley, Ezra Pound, andand how women are presented as passive beloveds without agency. She related a correspondence between Kathleen Fraser and George Oppen that revealed a similar sexist stance. She talked more directly about what she means by “projective or libidinized field poetics: quick associations in which one perception or language phrase is the basis for the next. She said this tradition is particularly helpful for writers who are not white, male and heterosexual. In the case of Duncan, he was frustrated with that traditional, masculine lover/beloved poetry and is a prime example of how the writing of love in this projective/field way was transformative for him. Listen to Part 2, 8:51.

In segment three, she talked about the concept of language in Pound’s words as a “somnambulistic medium” or as Kathleen Fraser puts it: how to use the page as a “graphically energetic site in which to manifest one’s physical alignment with the arrival of language in the mind.” She spoke from her own experience, saying she was influenced by language poetry but never “fully on board with it” because it did not seem to leave enough room for subjectivity on a more irrational level. She said for her own work that dwelling in eros was energetic at the level of language. It is the extremity of emotion that makes for inspired verse and that erotic states or being in love changes our relationship to language. She said poets of the past writing traditional love poetry likely had the same kind of charge, but they channeled it into the traditional or accepted stance toward love-poem-making, that of the “lover/beloved” dynamic. The poets in the book writing their best work are using language in a way that is “incredibly resonant and mobile.” Listen to Part 3, 7:01.

In the fourth part she responded to a notion that Olson’s suggestion that the composition process be quick from perception to perception, INSTANTER is the word he uses in Projective Verse, by bringing in a term that Kathleen Fraser got from Italian painting, distacco, a slowing down of the process to take stock of how each brush stroke is affecting the whole painting or composition. She also talked about how the credit for the creation of modernism, usually goes to Ezra Pound, but that it owes s debt to H.D. and same-sex love. She goes on to say that without the experience of sexual love, Pound would not have been able to write The Cantos, his masterpiece. Listen to Part 4, 13:32.

In part five a note on Imagism was discussed. Pound’s comment that Imagism: “records the precise instant when a thing outward and objective transforms itself, or darts into a thing inward and subjective.” Similarities to the concept of prehension by Alfred North Whitehead were discussed as well as the word posthuman which is used in the book several times. Listen to Part 5, 5:03.

In the 6th segment, the question about how Robert Duncan fits into this thesis was discussed. She said Duncan’s The H.D. Book was enough to get a good sense of how he discovered and engaged projective love and libidinized field poetics. She said Duncan’s open homosexuality and his extensive writing of eros was important to the argument she makes and that his writing between the poem Medieval Scenes and the book Bending the Bow was enough to get a good sense of how he has used projective love and libidinal field poetics. She also responded to a question about the omission of Denise Levertov from the book, who also had a hand in shaping the field poetics of the late 50s and early 60s in North America. Listen to Part 6, 10:48.

In part sevenHeuving discussed Kathleen Fraser’s early contention that “lust” is the “first virtue” without which poetic transport does not happen, and said that high sex energy creates a “different relationship to language.” She also discussed Fraser’s response to the feminist critique of “patriarchal, heterosexual regimes” and how that figured into her creation of projective love and libidinized field poetics. She discussed Fraser’s decision to eschew identity politics and poetics, and how vicious they have become, but how necessary they were in the 70s. She discussed Nate Mackey’s inclusion in the book and how she might have included Susan Howe and Harryette Mullen had she more time to write and research. Mackey, she says, is “intensely a sexual love poet, that his poems are filled with intensity, sexuality and love. She compared his love poetry with Catullus and Keats. She also discussed Garcia Lorca’s concept of the “duende” which she writes in the book is “enmeshed in eros.”  Listen to Part 7, 13:28.