Two poems (or a poem and an excerpt) and a bunch of graphics come to mind today as I help friends deal with what they see as     catastrophic election results. I am an optimistic person, so I can see many 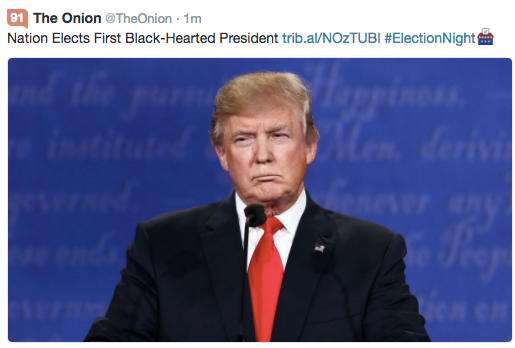 silver linings. I supported Bernie Sanders in the primary and was terribly disappointed by the tactics used against his campaign, the vacuousness of the Clinton campaign, the complicity of the Democratic National Committee and the people who overlooked all of Secretary Clinton’s baggage because they wanted desperately to see a woman shatter the “last glass ceiling.” I want that last thing too, but would have found Massachusetts Senator Elizabeth Warren a much more palatable candidate, despite some questionable stands she has taken. 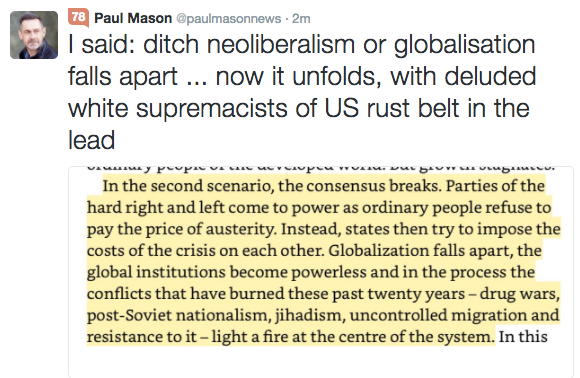 So I’ve tried to use humor and poetry, sometimes combined, to deal with the deep feelings of fear and/or remorse that have arisen since the election was called last night. Some American Sentences:

N.8.16 – Now what am I going to do with all of these brand new white pantsuits?

N.9.16 – Like Trump is the first white supremacist who’s been U.S. President.

On a more serious level, this poem by Clarissa Pinkola Estés is what I am giving to friends and associates today and pasting everywhere I can:

And for those who’d continue to rely on the media (which stands to benefit from a DT shitshow) or anything else besides their own nerve, there’s who else, the white supremacist I would favor over any other, Walt Whitman:

― Walt Whitman, Song of Myself