Thanks to the tirelessness and vision of Doug Johnson, Footsteps, a poetry anthology to benefit Homeless Vets, which I co-edited, is being released tonight and there will be a candlelight vigil in Cal Anderson Park as part of it. The poster below says it all, but to be in the company of so many fine poets and the brilliant Alfredo Arreguin, is an honor. Tess Gallagher is scheduled to attend and given the events of the last week, there are plenty of things to grieve. I hope to see you. Buy the book here. Event details: 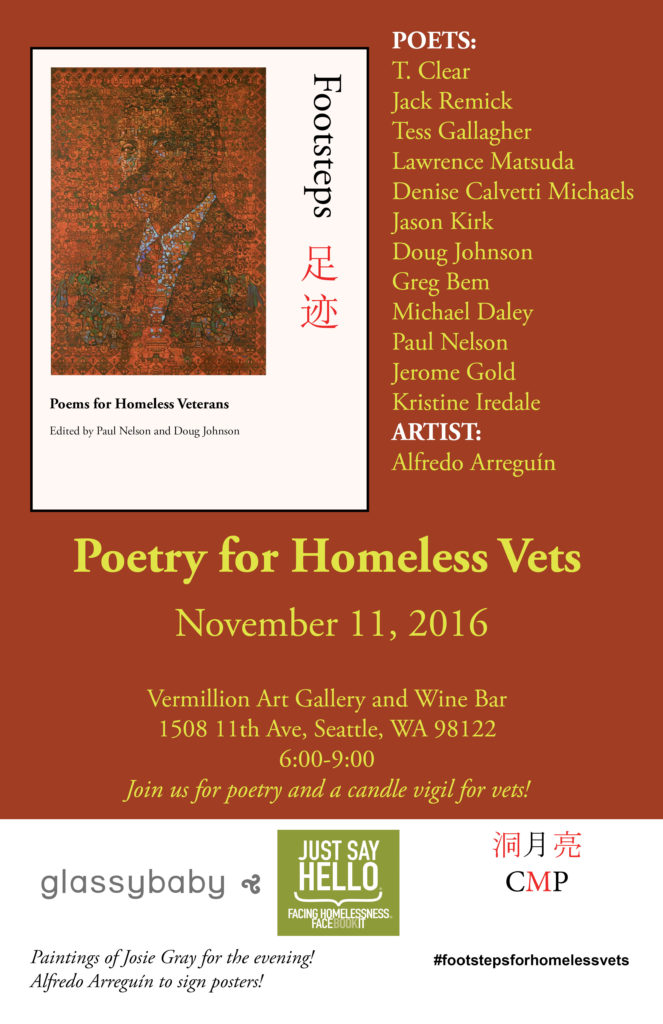