Ed Varney is a Canadian poet, visual artist and curator who lives on Vancouver Island. I had the good fortune to interview him in August 2016 at his home near Cumberland, BC. I’ve waited until today to present this interview because one of the reasons for my visit is now manifesting with Ed’s help and that is a one day Cascadia Poetry Festival in Cumberland, September 9, 2017. Chances are the “one day” event will expand into parts of three days, but the down payment is in and one of the main people behind the event will be Ed, a fascinating and modest man, fine poet and very interesting visual artist.

In the first segment he discussed his decision to be a draft dodger and leave the U.S. He talked about writing a high school essay about John Dos Passos, he discussed his college education at Syracuse and elsewhere & moving to Seattle. Listen to Part 1 – 6:44.

In segment two he elaborated on what he called the cosmopolitan nature of Vancouver when he first moved there in the early 70s and he compared it to Syracuse, where he had lived while going to school.  He said he has always been self-employed since leaving Syracuse and responded to a question about a line in his Poem (for Sam Hamill):

success is continuing to do
what you want to do

In the third segment he discussed how poetry is responsible for preventing him from having a conventional work life/career. He cited an Alan Dugan (Yale Younger Poet) visit to Syracuse as impressing him. He also talked about taking courses from poet Delmore Schwartz. He talked about an artists’s co-op in Vancouver called Intermedia, a four story, downtown warehouse, where he began printing and publishing. Intermedia Press was started there with John McDonald and Henry Rappaport,

In Part Four he continued to talk about Intermedia, its funding and how he learned skills that allowed him to avoid “real jobs” all his life. He also talked about how he became a journeyman printer and about the poets they were publishing in that era: Judith Copethorne, Avron Hoffman and others. Listen to Part 4 – 8:51.

In Part Five he discussed his The Poem Factory imprint, still in use, and his move to Vancouver Island, which happened slowly, between 1997 and 2004. His experience as a public art manager in Vancouver was fondly remembered. Listen to Part 5 – 5:53. 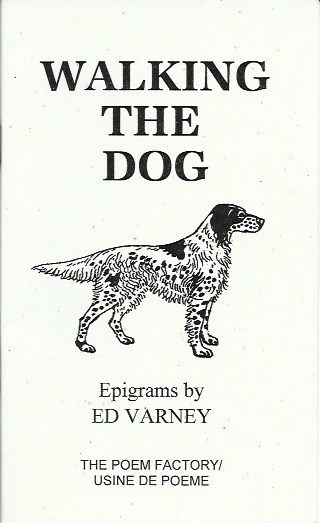 In the sixth segment he discussed Walking the Dog: Epigrams by Ed Varney, how he started writing epigrams and the influence of existentialism on his work. Listen to Part 6 – 9:55.

In the 7th and final segment he talked about his book Drawing the Weather.  They are pen and ink drawings from Royston, BC, looking towards Point Holmes and the Coast Range. He read his poem Bird. 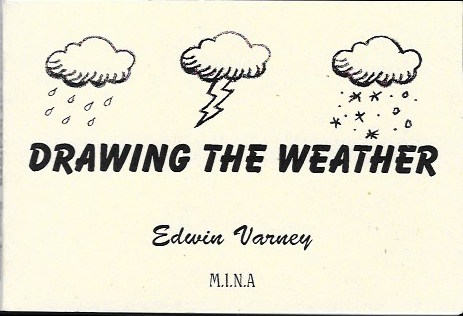 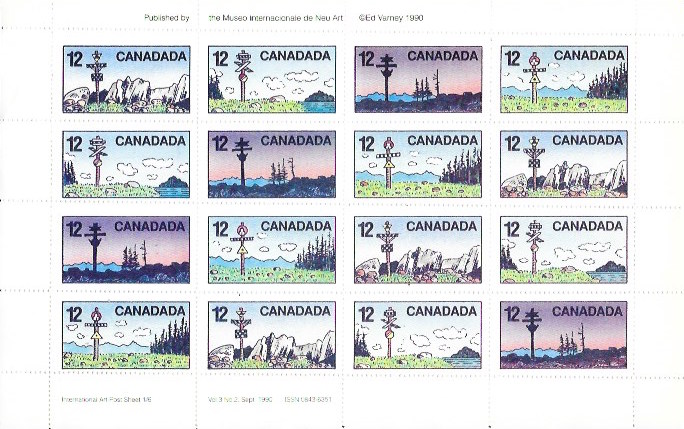