We Shall Overcomb (& Other Signs from the Seattle Womxn’s March)

My partner Bhakti Watts and I did not have Pussy Hats, but we made a decision to march in the Seattle Womxn’s March yesterday starting at Judkins Park and we were glad we did. We had sunshine for much of the route and found ourselves quite moved by the messages of hope and solidarity. There was a light feeling the whole time and we saw only two men yelling. One had a sign that said “Trump Fascist” and was yelling “PERVERT! PERVERT!” One older woman said quietly “You’re not helping.” Another man was attempting to get a segment of the crowd to yell “Black Lives Matter” but it felt to me like it was a day that men should be seen and not heard.

This question was answered on the main web page for the March:

Q: Why is “Womxn” spelled with an X?
A: Seattle has adopted the name “Womxn’s March on Seattle” to promote intersectionality in our movement. Intersectionality acknowledges that different forms of discrimination intersect, overlap, and reinforce each other, and takes into account the impact of discrimination based not only on gender but also race, sexual orientation, gender identity, nationality, faith, class, disability, and other backgrounds. To learn more about this spelling of womxn, click here.

Our group gathered at the Columbia City law offices of Jeannie O’Brien, who provided bottled water, snacks, bags to hold it all and signs designed by Scott Martin. She arranged for rides to Judkins Park, created a Facebook page and called the group Queen of Hearts, a name that echoed the message on the signs and bags: 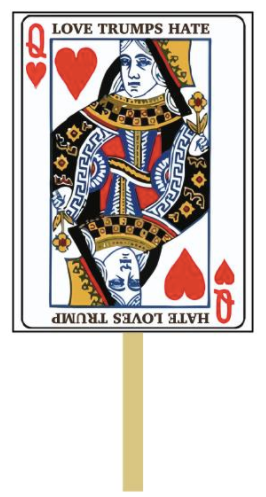 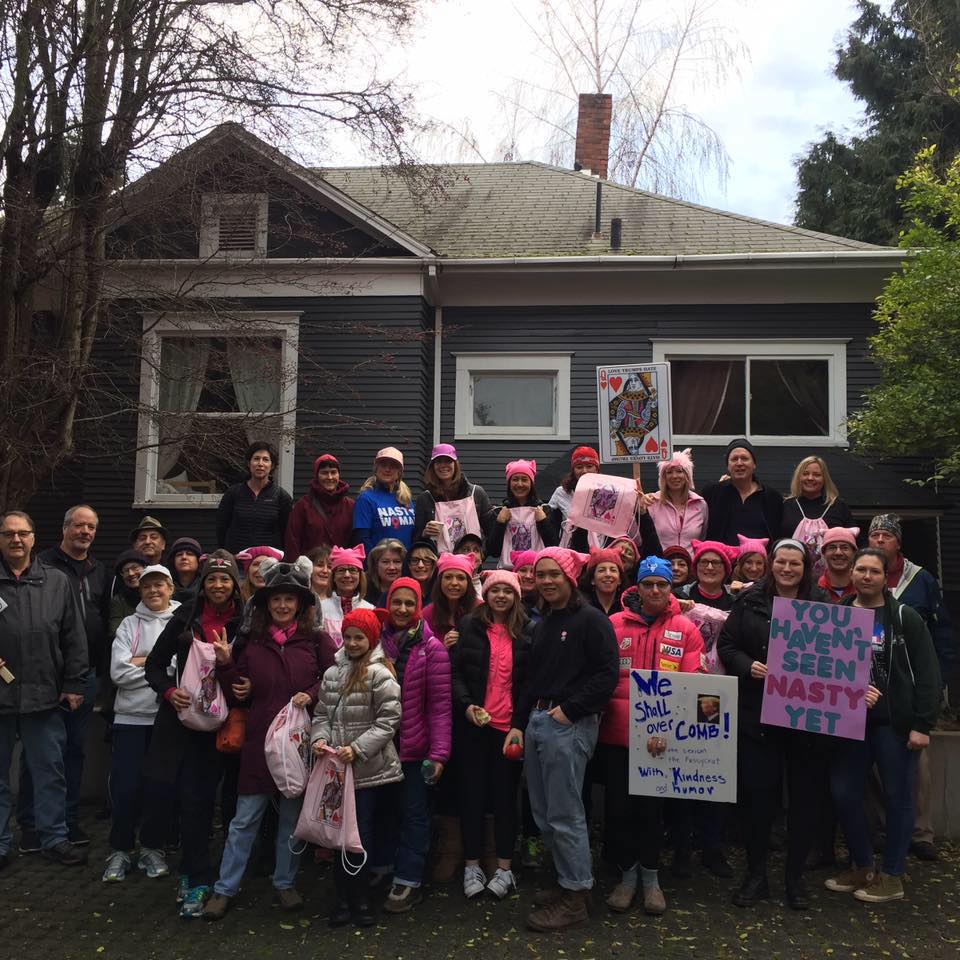 Aaron and his daughter Zoe had one of the best early signs that conveyed the tone of the march, opposition, but not hate (with Jeannie and one person whose name I did not get): 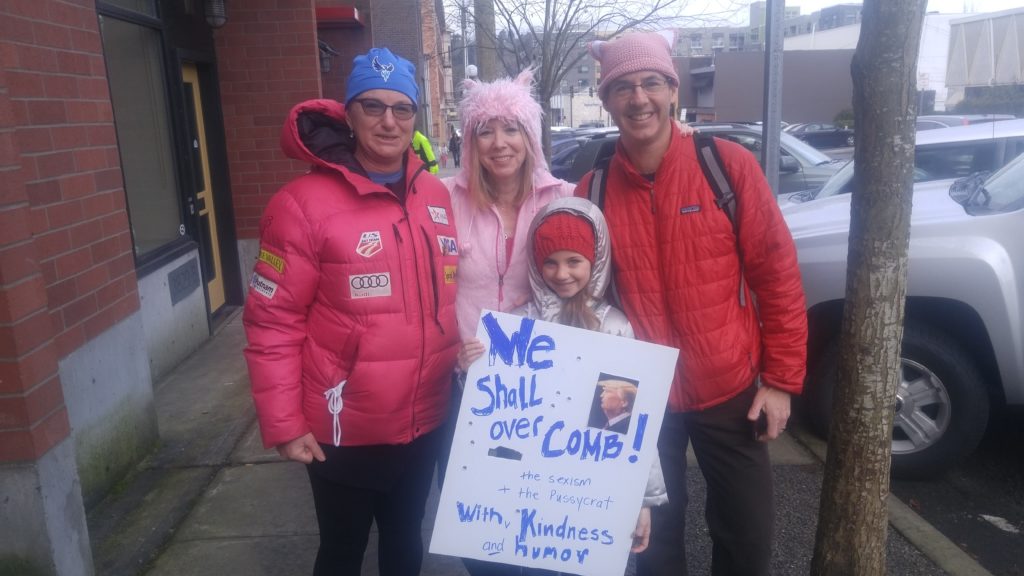 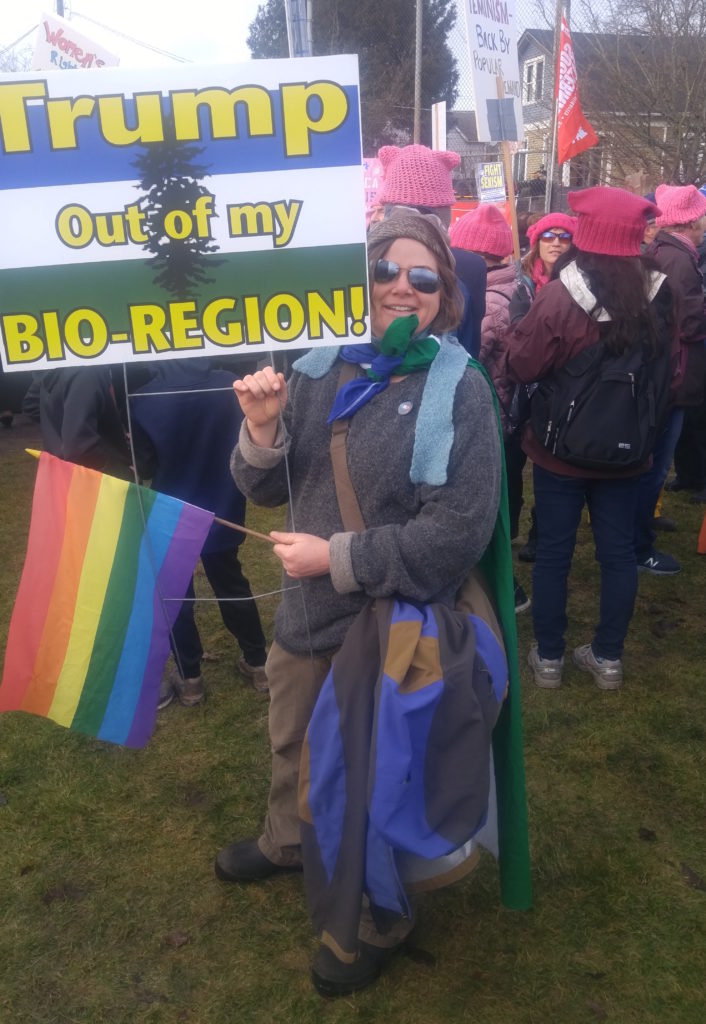 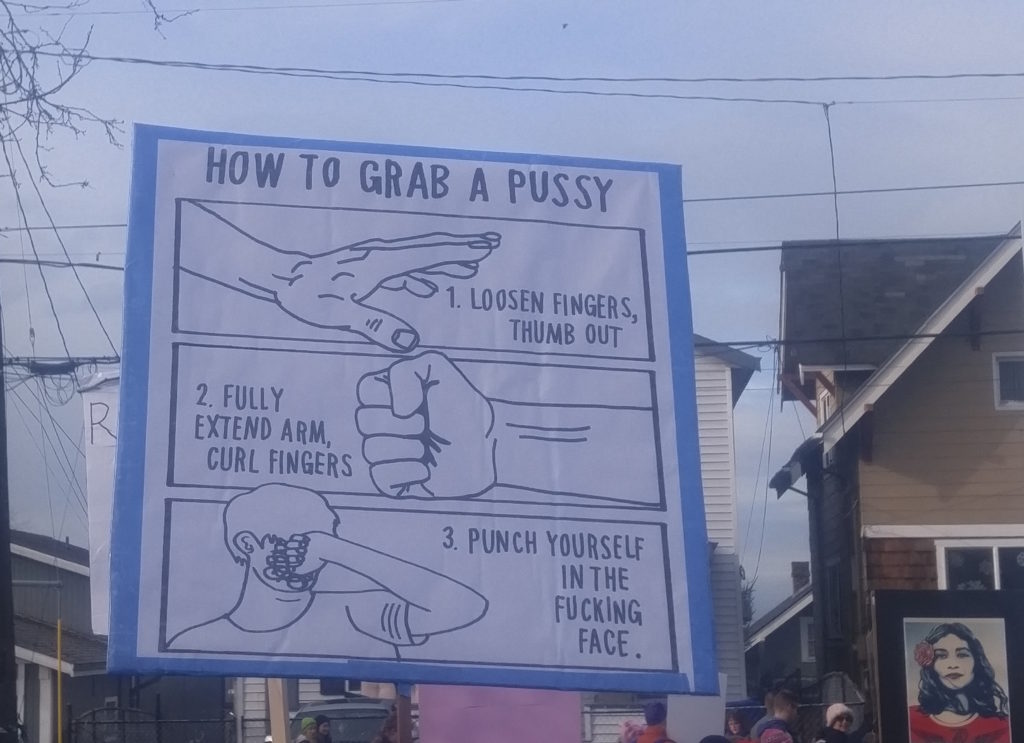 Fitting we started at Judkins Park, in the most liberal neighborhood in Seattle according to the Seattle Times. (Columbia City is #2!) 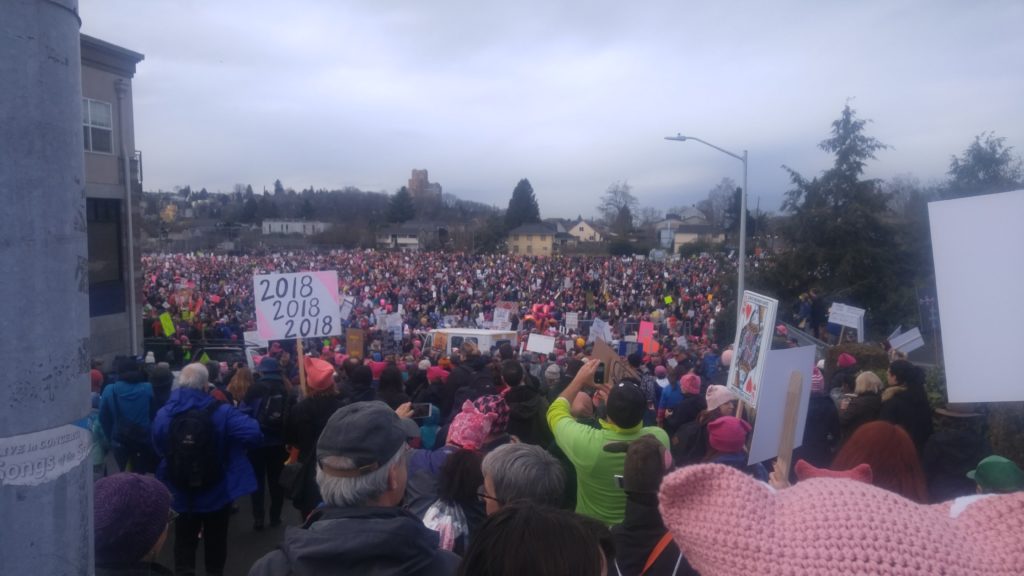 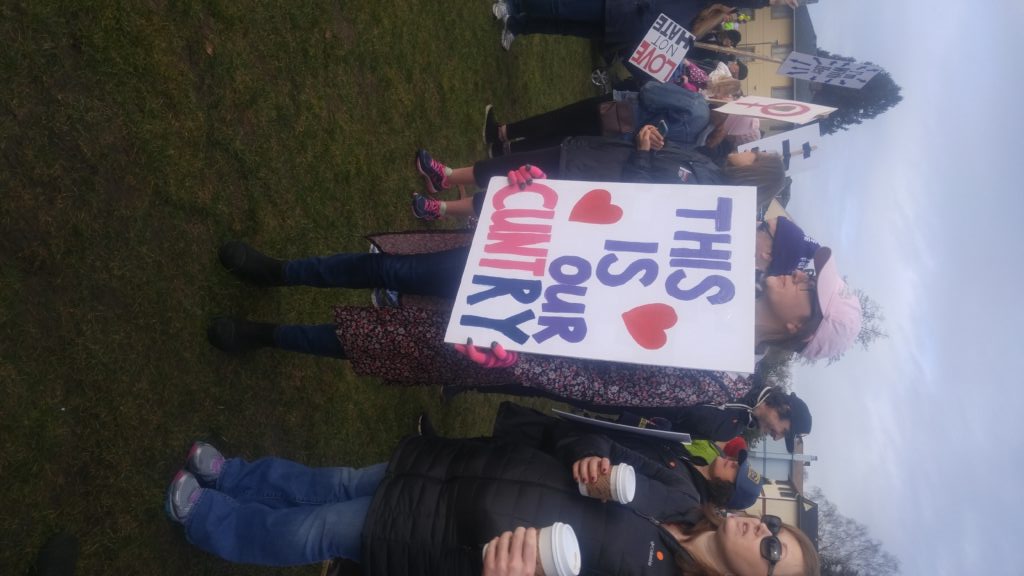 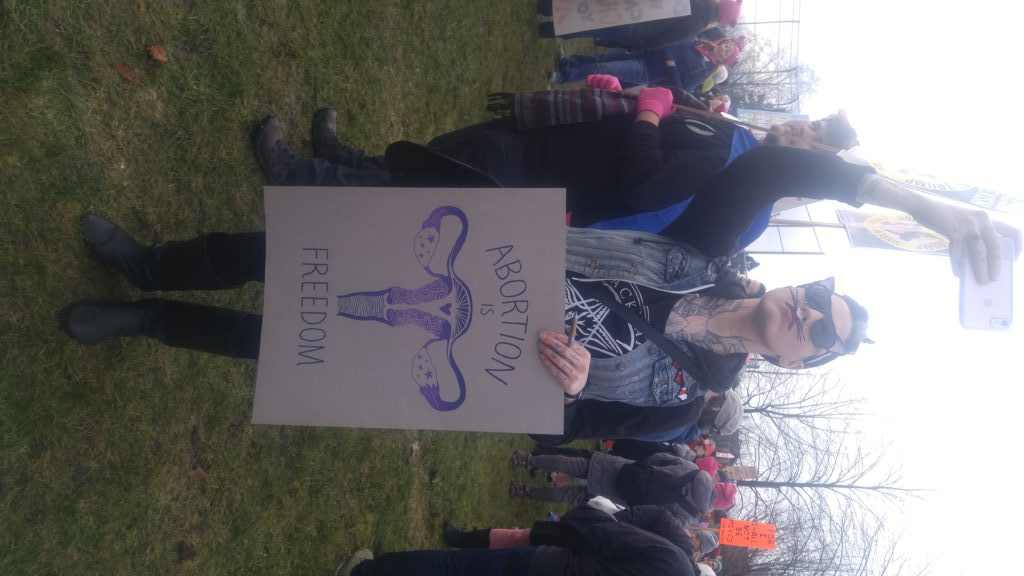 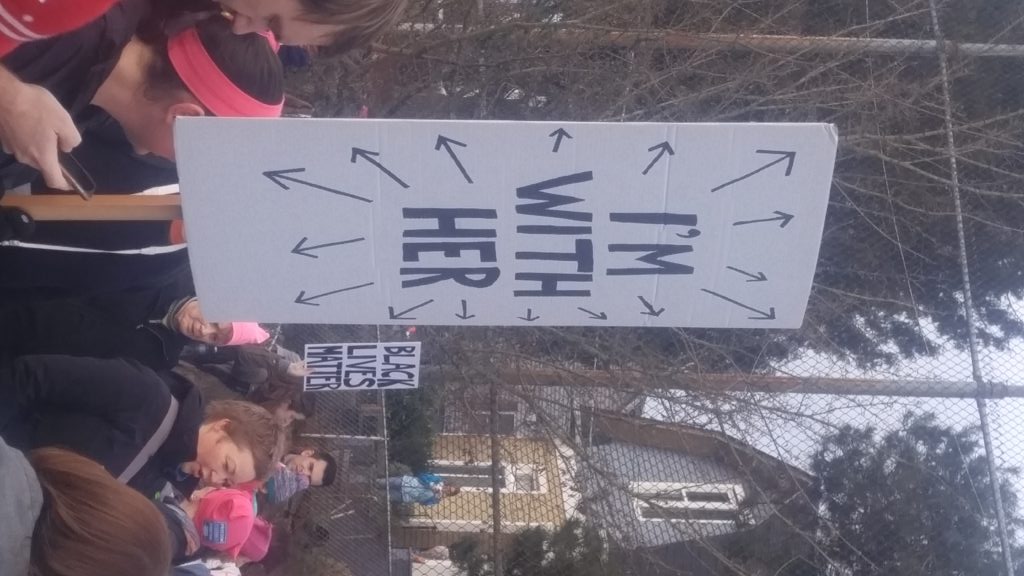 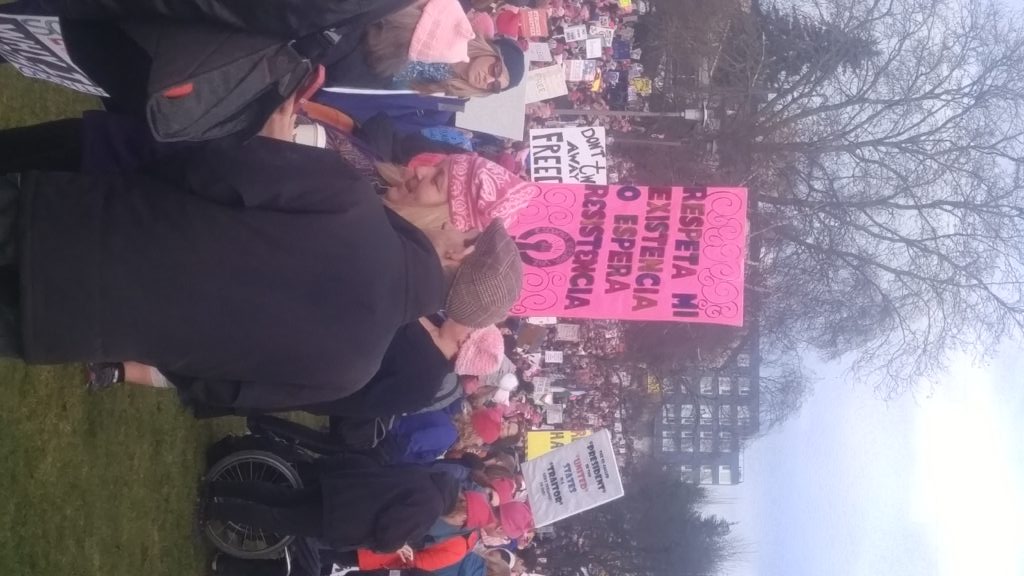 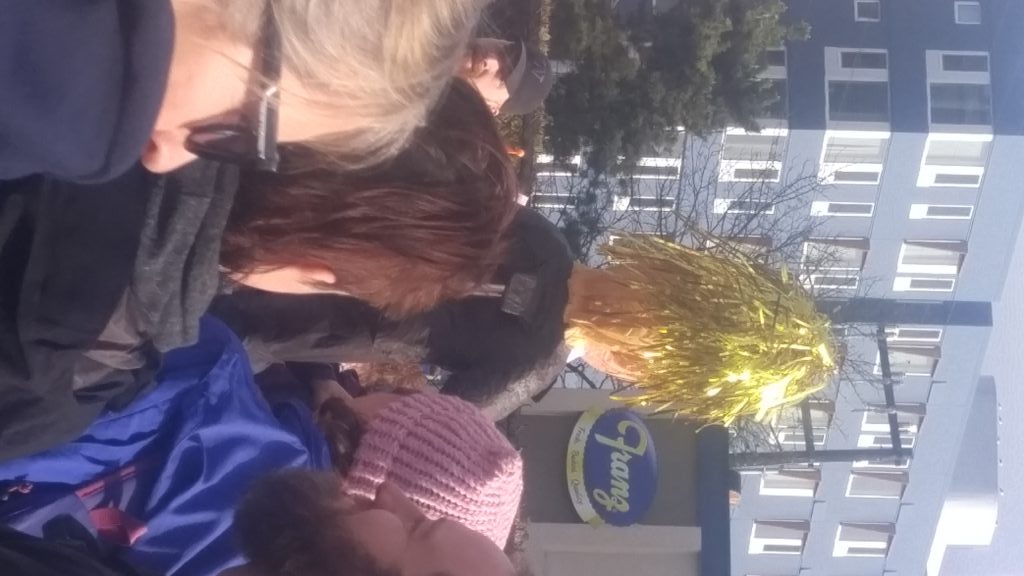 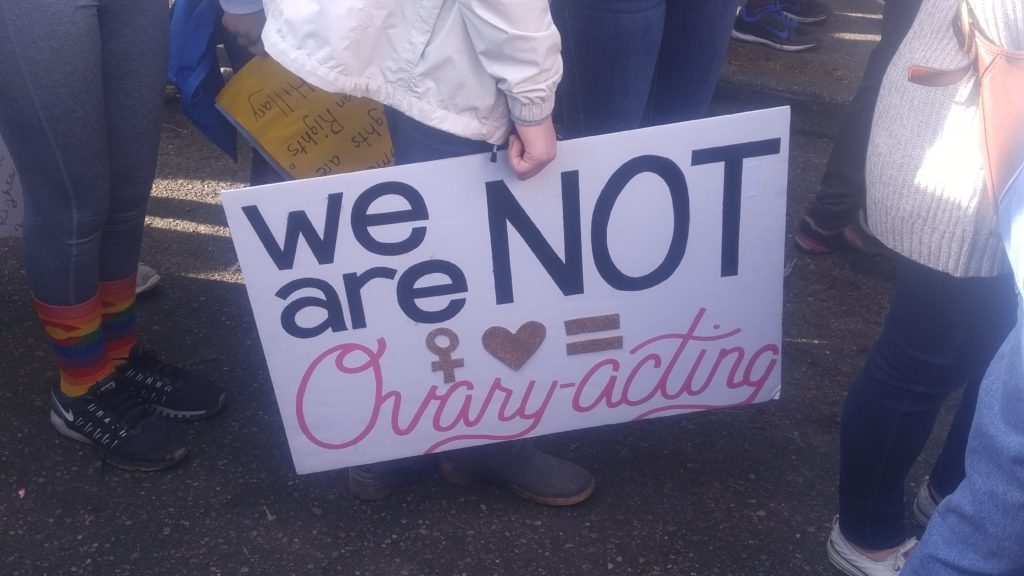 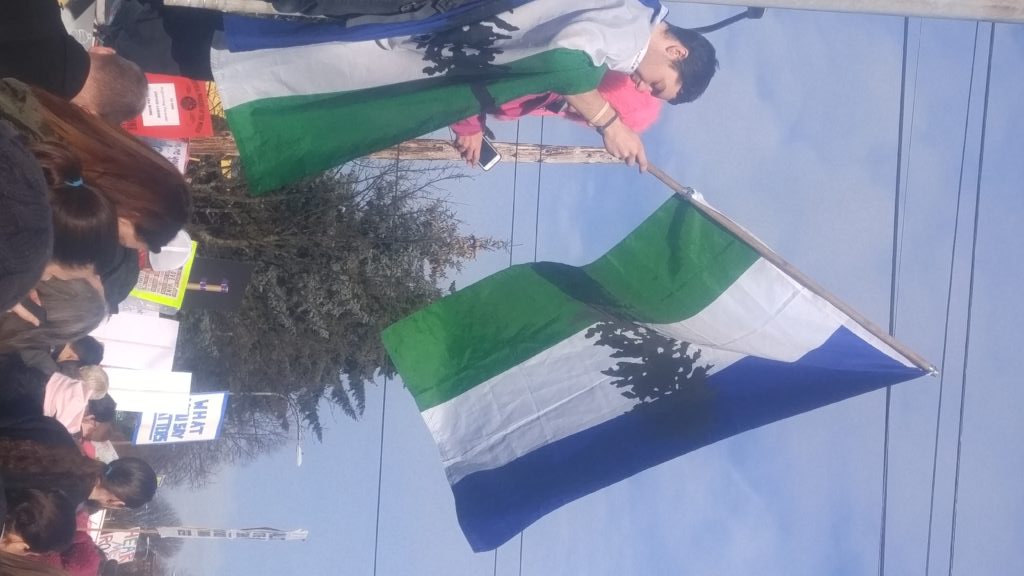 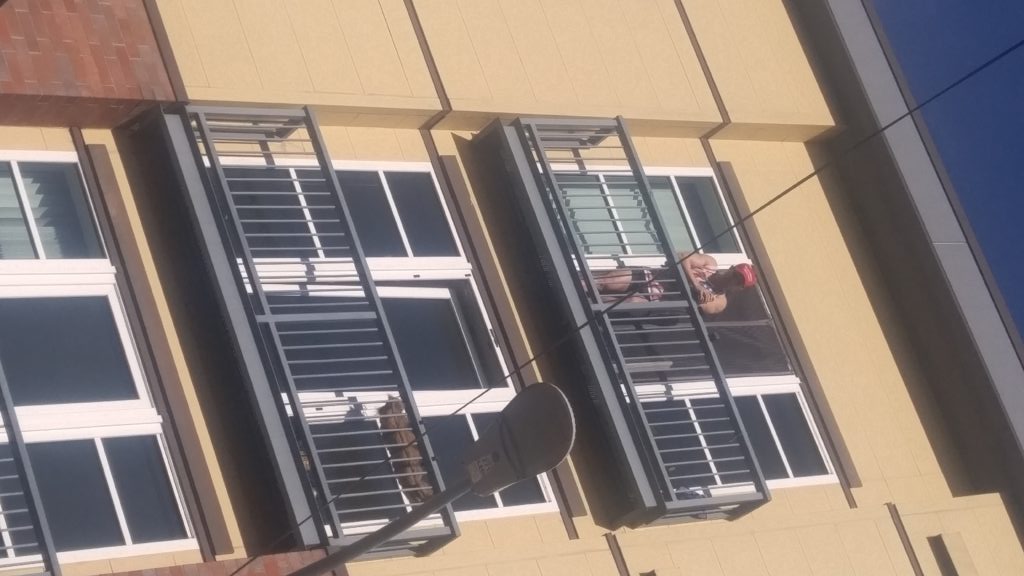 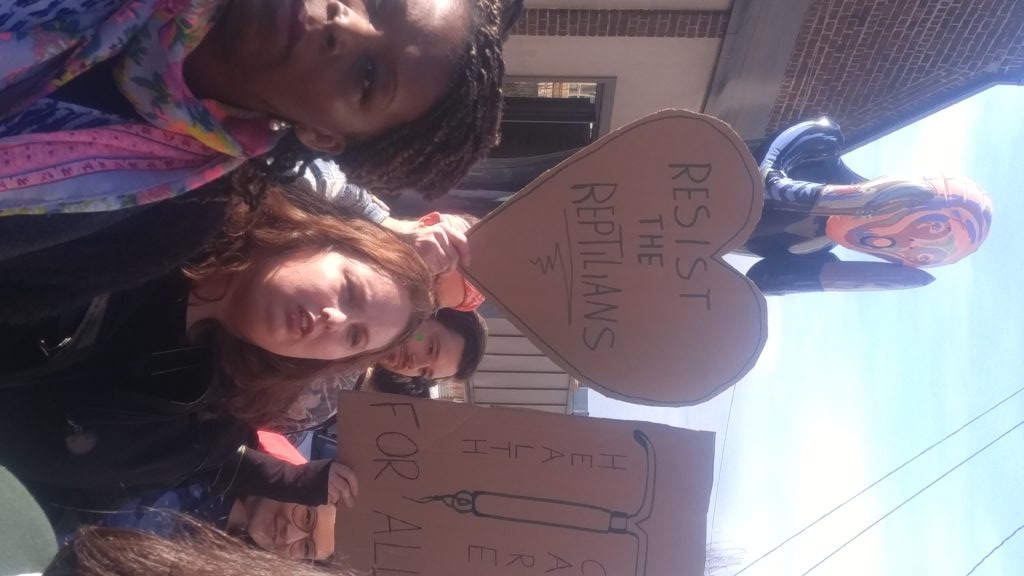 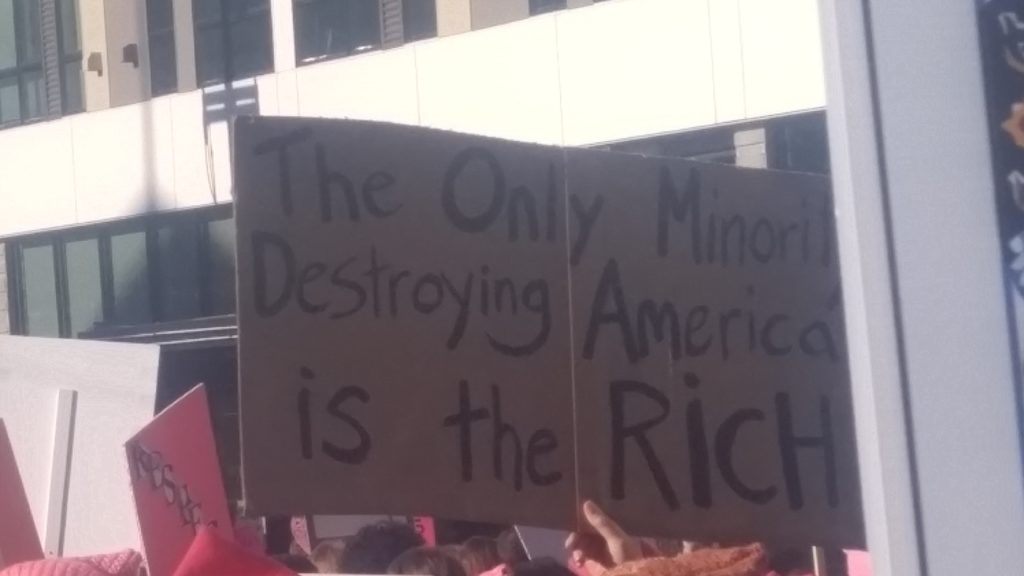 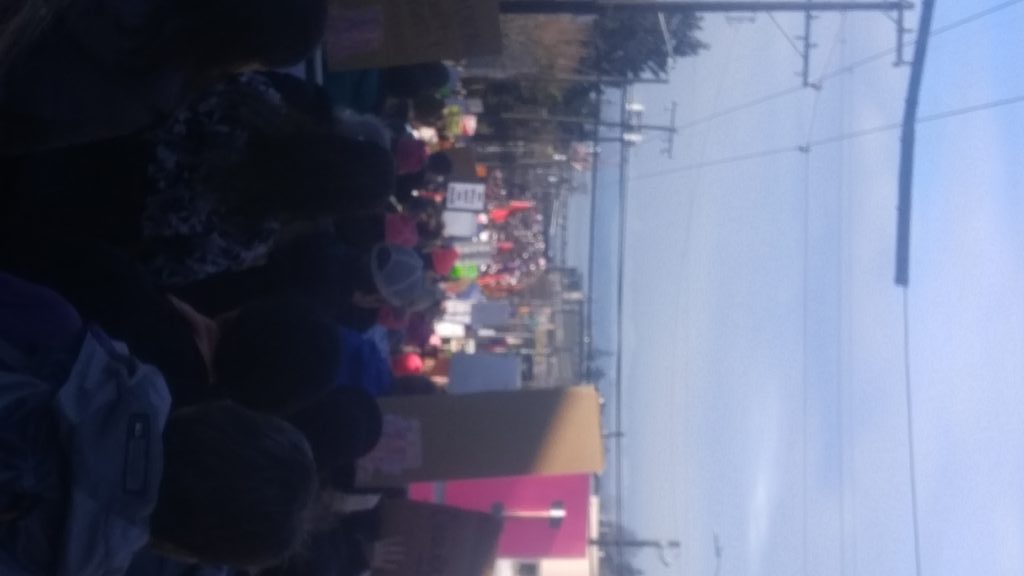 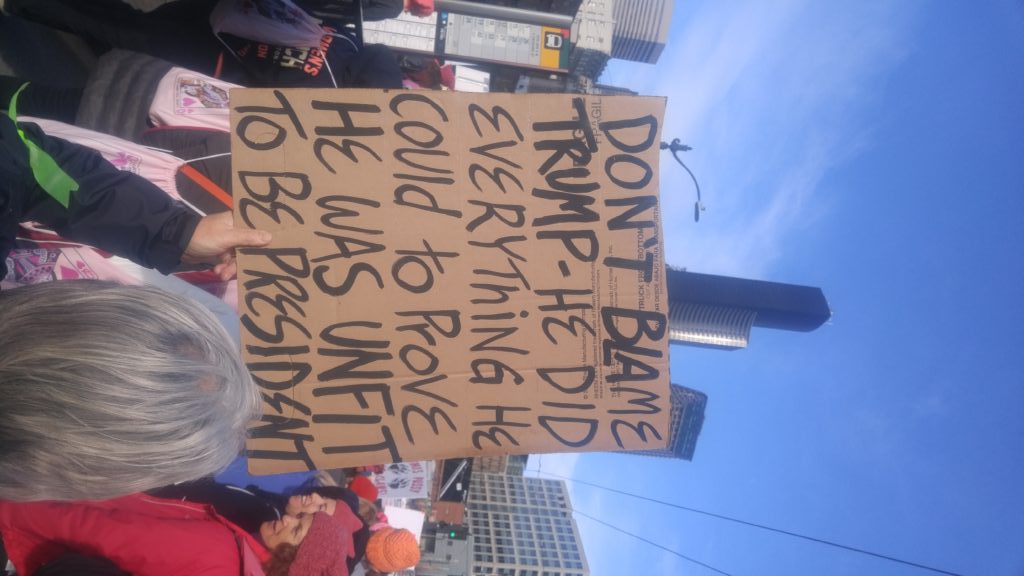 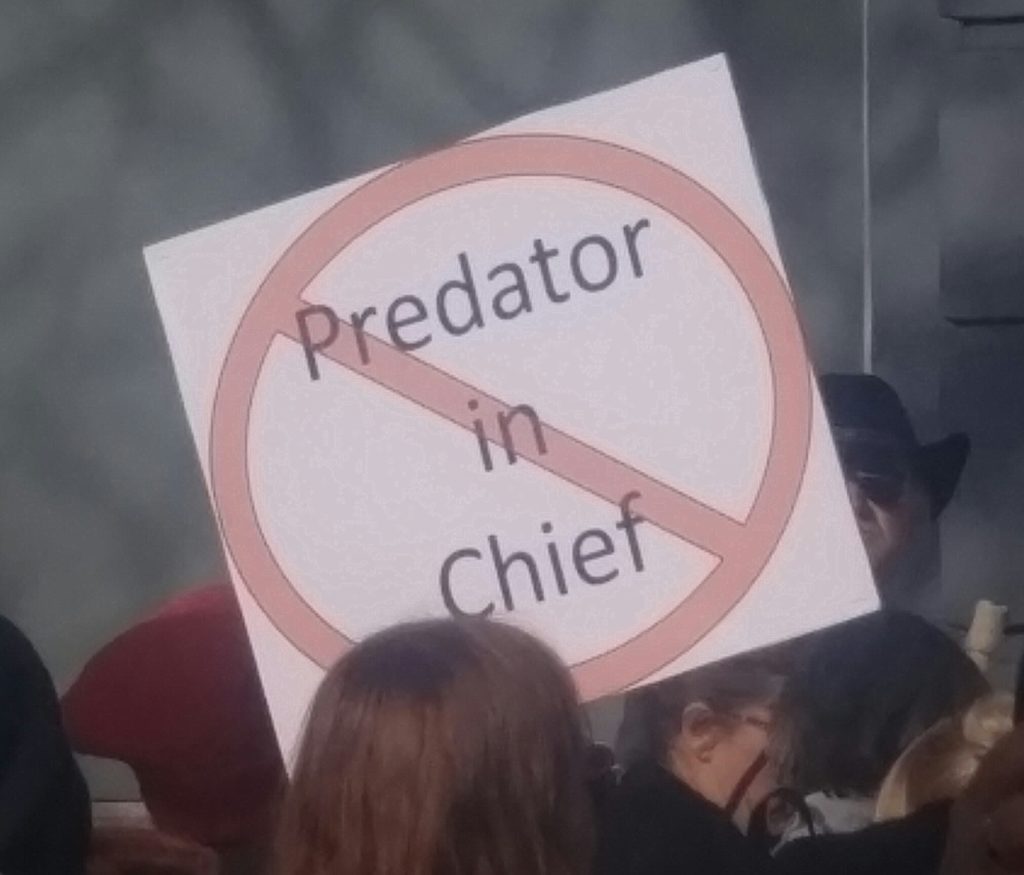 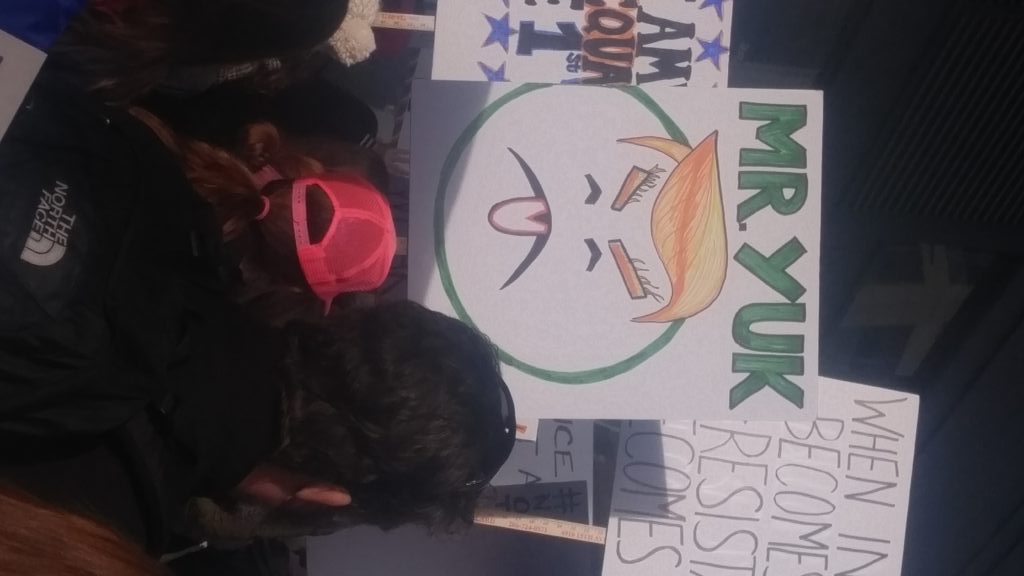 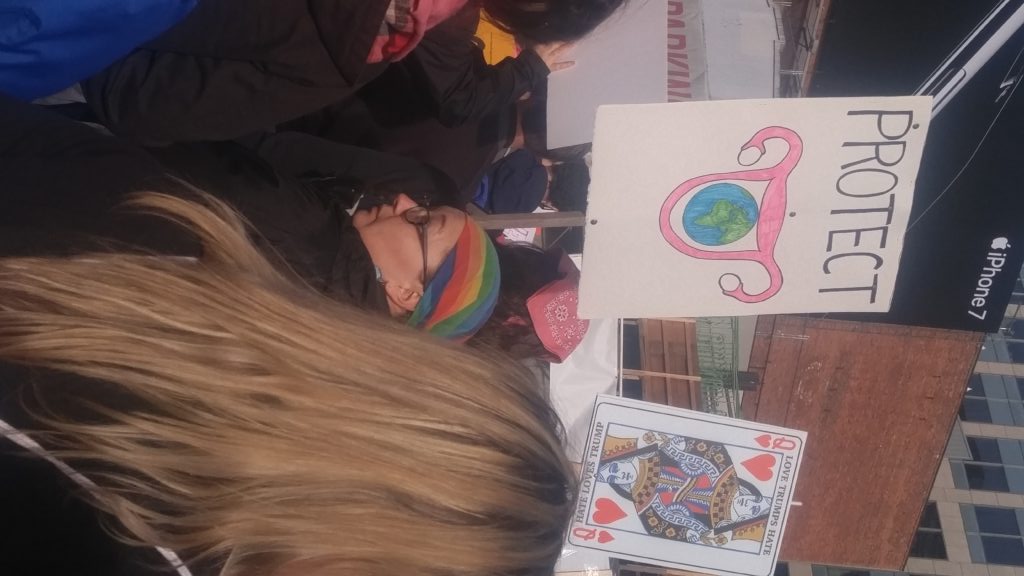 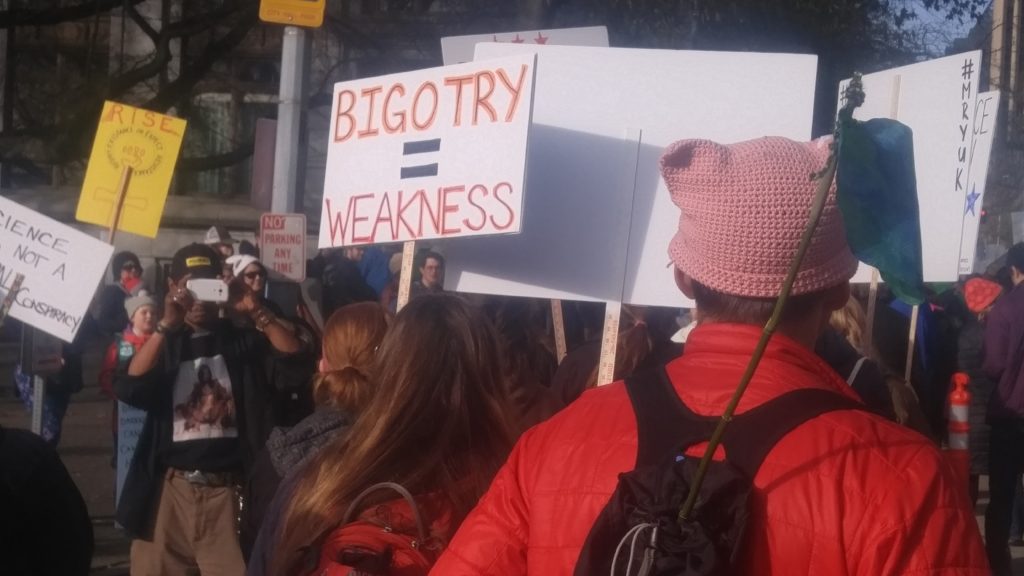 Other great lines which I noted but did not have time to sculpt into poems (yet) included:

And there were two comments on Facebook which relate sentiments with which I agree: 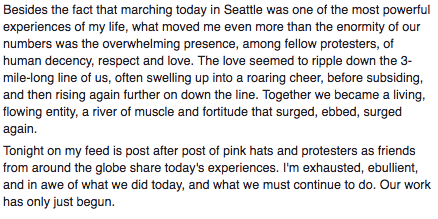 Thank you Jeannie O’Brien. Thank you women of the Puget Sound Region (and all over the world.) This gives me hope that, not just Donald Trump, but the U.S. Empire can be stopped and justice returned to the world. The biosphere is depending on it.

Let’s give the Onion A SATIRICAL NEWSPAPER the last word: 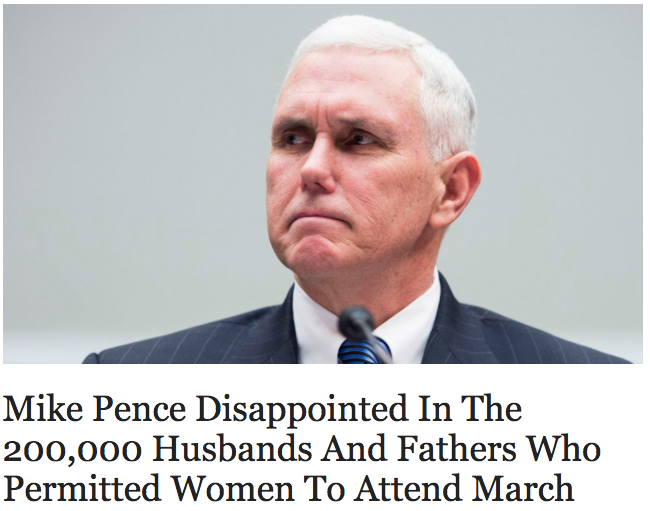