It is hard to believe that it’s been almost twenty years since the legendary bassist for Weather Report, Jaco Pastorius, died due to complications from a beating he took from a bouncer at a South Florida nightclub. Jaco’s five years with Weather Report produced some of my most favorite music ever. Tunes like Black Market, Young and Fine, Teen Town, Pursuit of the Woman with the Feathered Hat and Birdland grace my Spotify feed and are instant mood-changers for me. Music like this has given me so much joy over the years.

One of the best concerts I have ever attended was the February 9, 1980, gig Weather Report did at the Auditorium Theater in Chicago. A venue on the National Register of Historic Places, the building was designed  by Sullivan and Adler (where Frank Lloyd Wright was an apprentice architect) and was said to have such perfect acoustics that a whisper on stage could carry up to the 7th balcony. I will never forget the solo Jaco did by using a sampler he’d control with his foot to create a base rhythm over which he would improvise. Someone in the 3rd or 4th balcony screamed: “Kill it Jaco!”

When I was in South Florida two years ago to interview Jose Kozer, which resulted in the book Tiovivo Tres Amigos, I remembered that Jaco was buried nearby and made a vow at that time to plan another visit and go to Jaco’s grave to pay my respects. I did that on Sunday, February 5, 2017. While most of my time there is quite personal and had a ritual feel, I will say that I read Jaco the poem I wrote for him in 2003. (I’ll post it in below.) 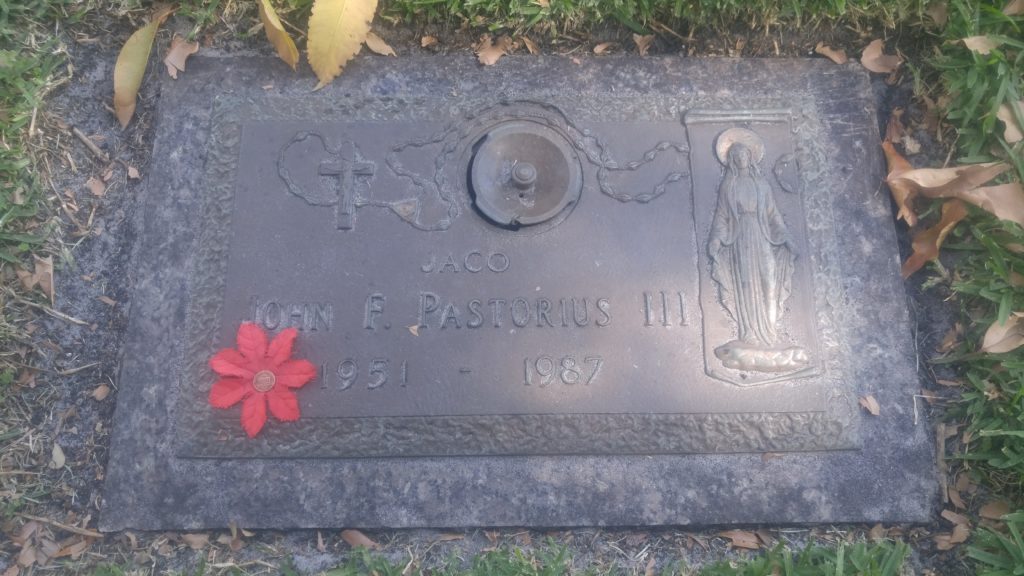 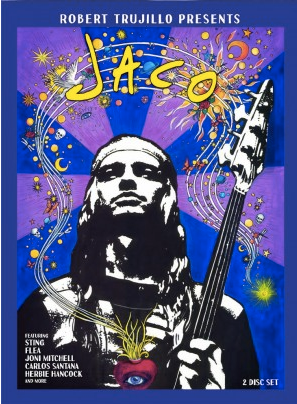 And once our time at Jaco’s grave was over, we had one more stop on the Jaco memorial tour. Not too far from his final resting place is a park with a community center that was named in Jaco’s honor. If my memory of the recent Jaco film serves, the park was a place where Jaco actually lived near the end of his life when he was falling apart due to his addictions and mental illness. But to see his name on the wall, see the two beautiful murals, and to see people playing catch in the park just enjoying a sunny South Florida winter Sunday, was well worth the effort we expended to get there. Rest in peace Jaco. 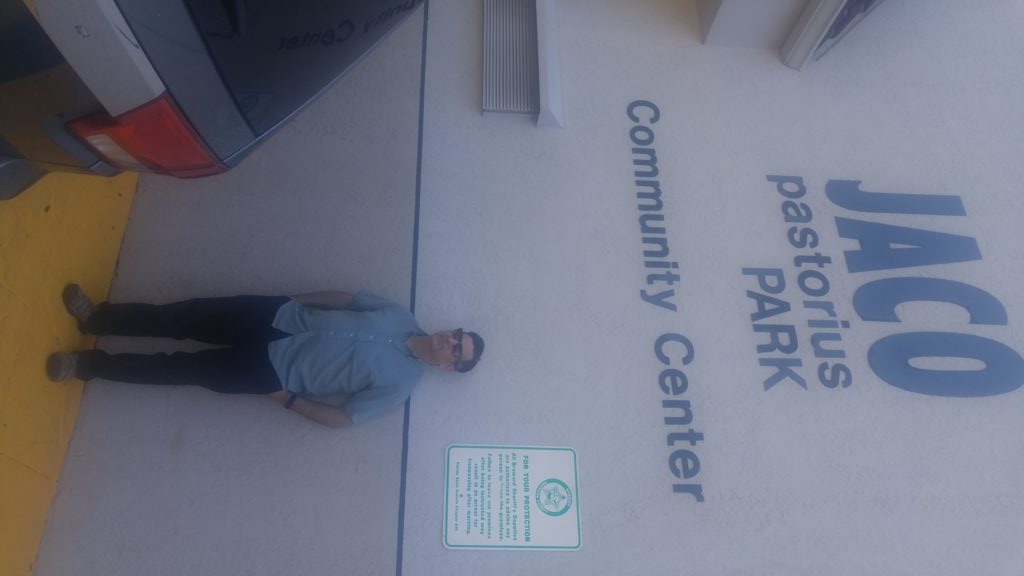 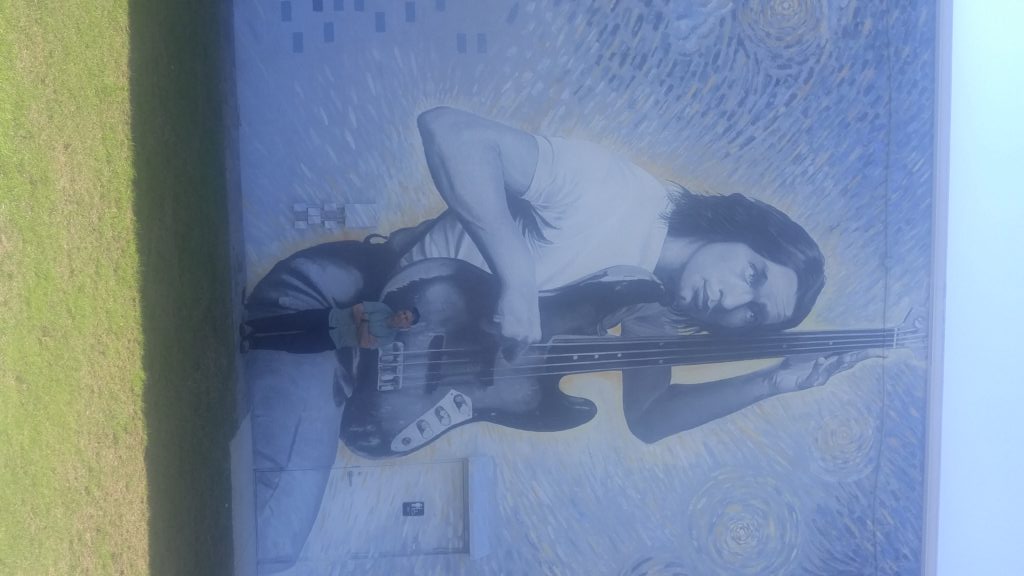 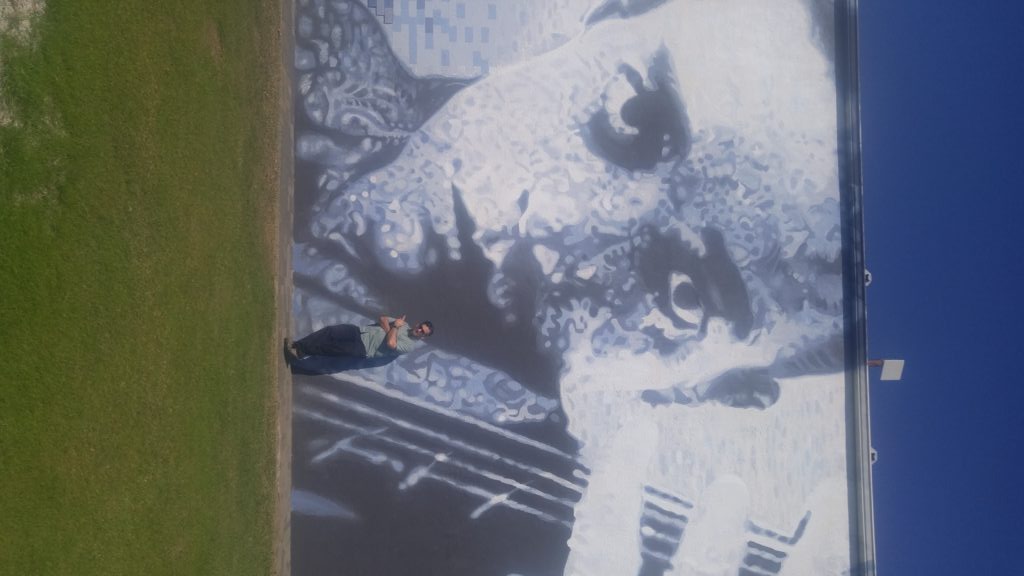 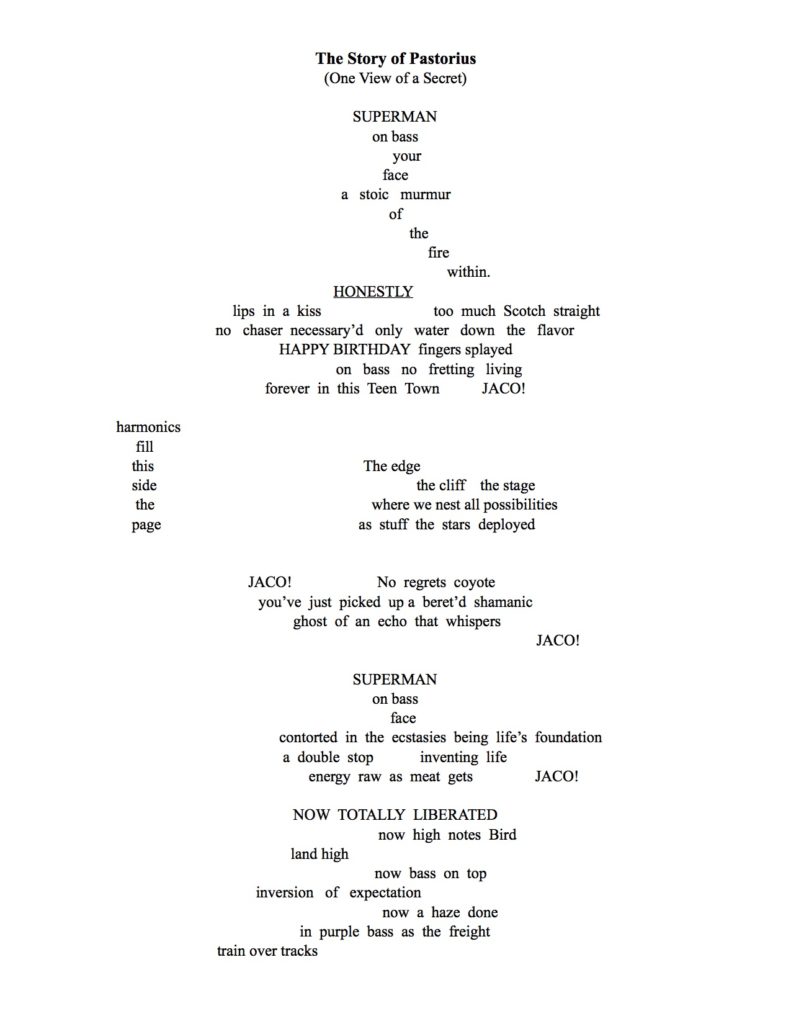 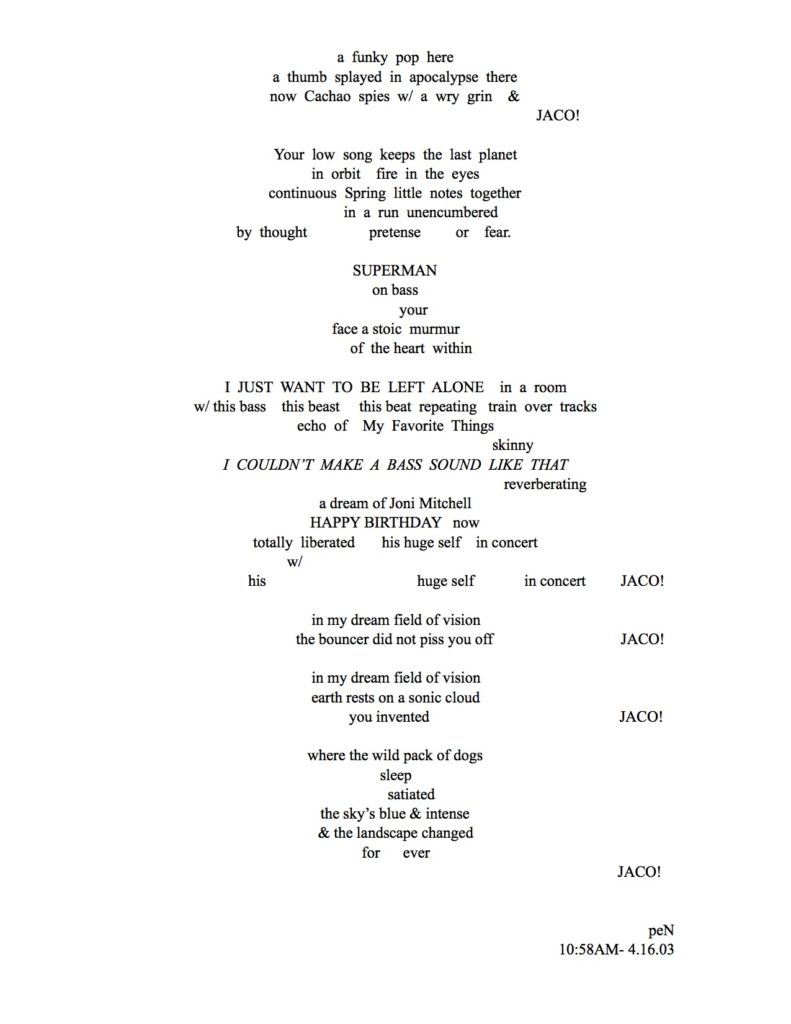