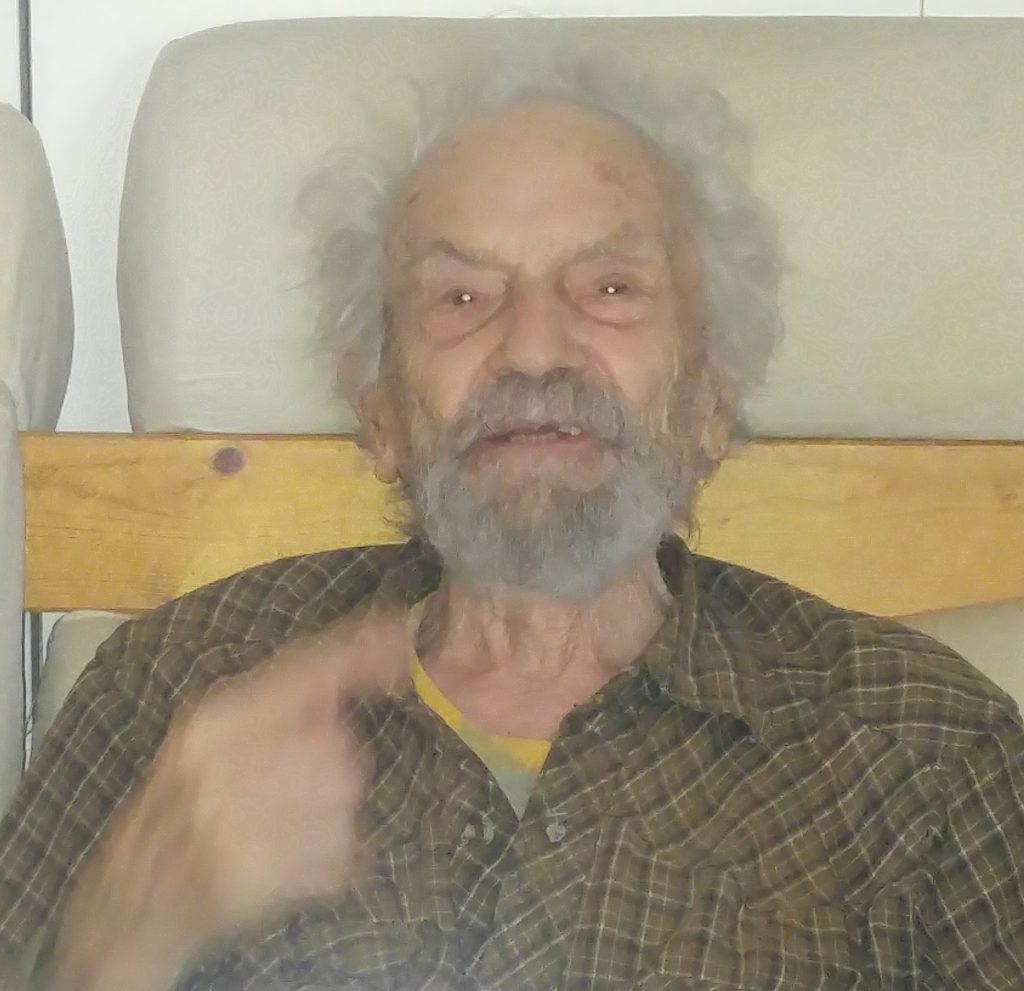 Darius Brusaferro August 6, 2016, at home in Vancouver, BC

I was fortunate enough to meet Darius Brusaferro, a long-time Subud member, at one of the first Subud Menucha gatherings I attended, perhaps 2009 or 2010. I learned today on Facebook that he died in the Palliative Care Unit of Vancouver General Hospital on March 7, 2017. As soon as I met him, we were united by our love of Jazz, our work as artists (him a painter and me a poet) and by the fact that we loved to laugh. Of Northern Italian heritage, born in London, England, opened in Subud in Montreal (1960) and a longtime Vancouver resident, I visited him about 4 or 5 times at his apartment to look at the work he was creating, listen to Jazz on CBC and talk about Jazz or art.

He loved that one of his paintings, displayed in Mexico, shocked the sensibilities of the overly religious. It was a painting of Jesus Christ holding an Oscar. What a sense of humor. And I was lucky enough to decide to interview him at his home on August 7, 2016, get photos of some of his last works and a legacy of his life in his own voice. 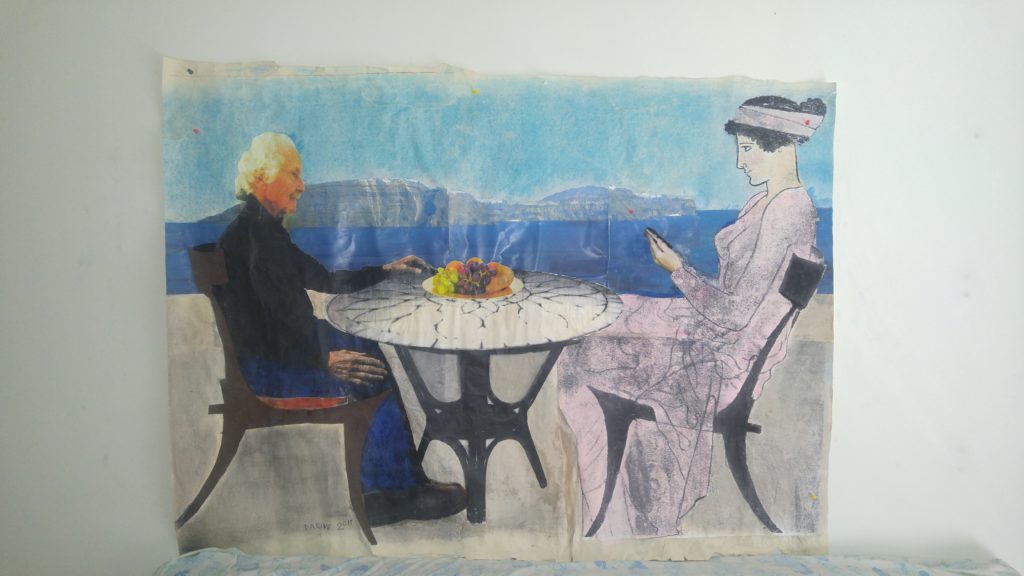 In the first segment he talked about being opened in Montreal in 1960, about how he found out about Subud through the yoga community and his heritage and journey to North America. He mentioned that he served in the British Navy. Listen to Part 1 – 8:36. 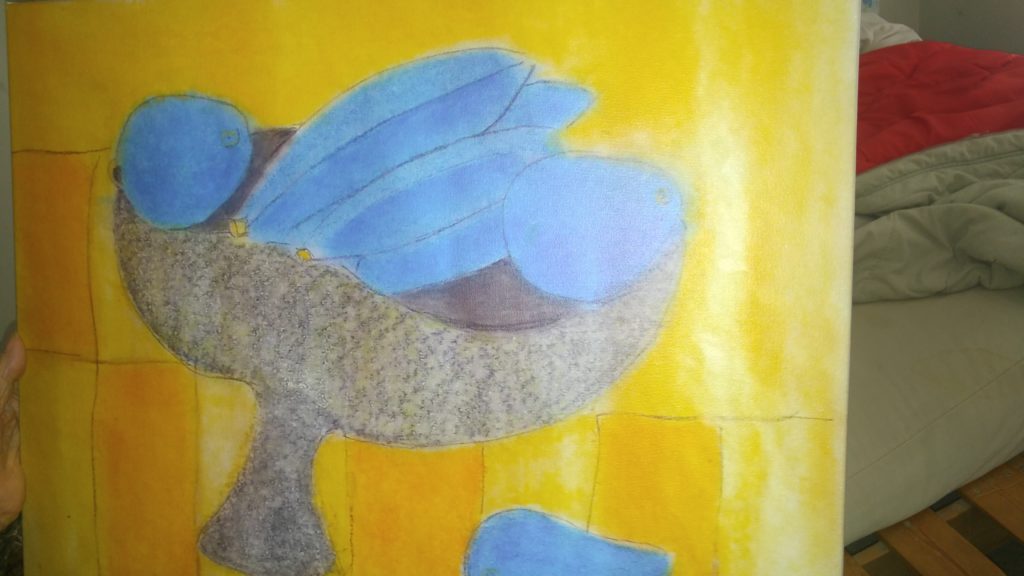 In segment two he talked about how doing a painting of a Peruvian yogi got him interested in yoga. He also talked about his early experiences with the Latihan, how the Montreal Subud community was a strong one that had TWO latihan times, one for noisy members and one for members with a quieter Latihan. He said that doing Latihan was the strongest of all the spiritual practices that he investigated. He also talked about how he relocated his family from Montreal to Vancouver in a school bus. Listen to Part 2 – 7:08. 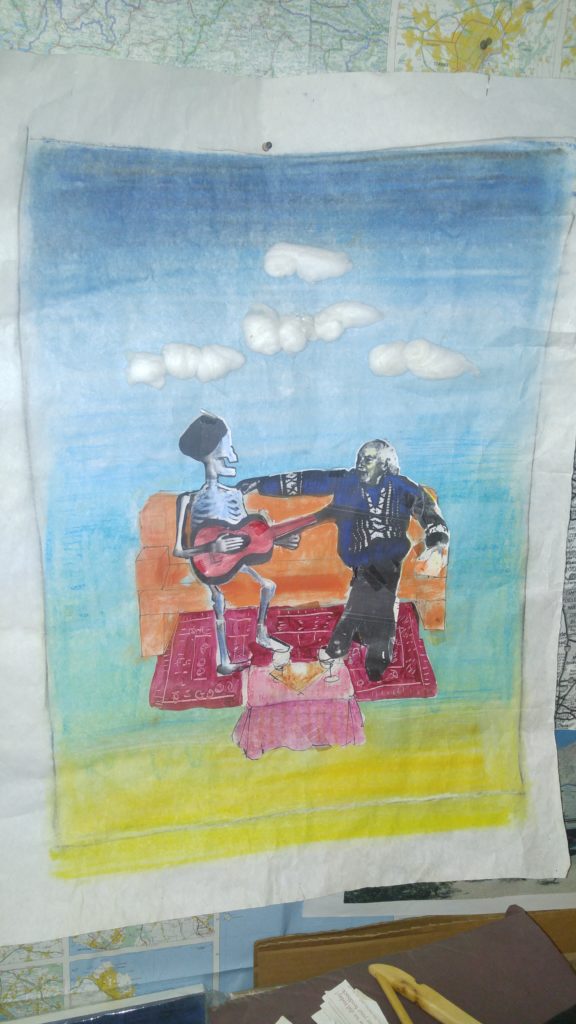 In the 3rd segment he discussed his own painting practice. He sold one of his first paintings to a woman who was the daughter of the Polish Ambassador to Canada. He also talked about his “Jesus Holding an Oscar” painting and the criticism he received. He talked about feeling closer to Christ in recent years and how Bapak predicted that many Subud members would go back to their original religions. Listen to Part 3 – 8:31.

In the 4th segment he discussed his love of Jazz, and mentioned Django Reinhardt, Dizzy Gillespie, Dexter Gordon, John Coltrane and others. He also talked about he felt he was “halfway toward the next world” and discussed his mortality. Listen to Part 4 – 11:38. 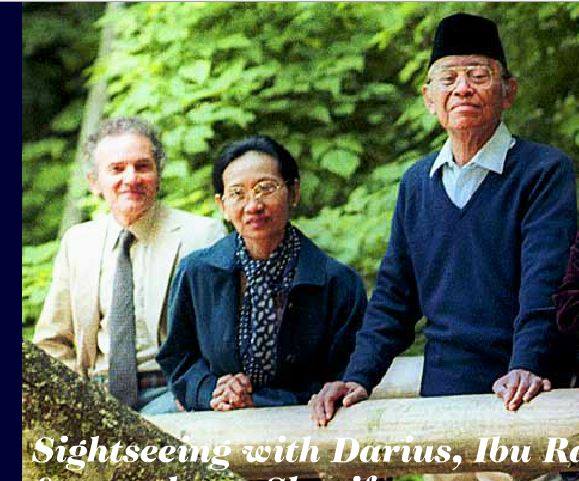