Delighted to be part of a stellar weekend of Jazz and Poetry in Taos, New Mexico, April 7 and 8 with featured poet Quincy Troupe! 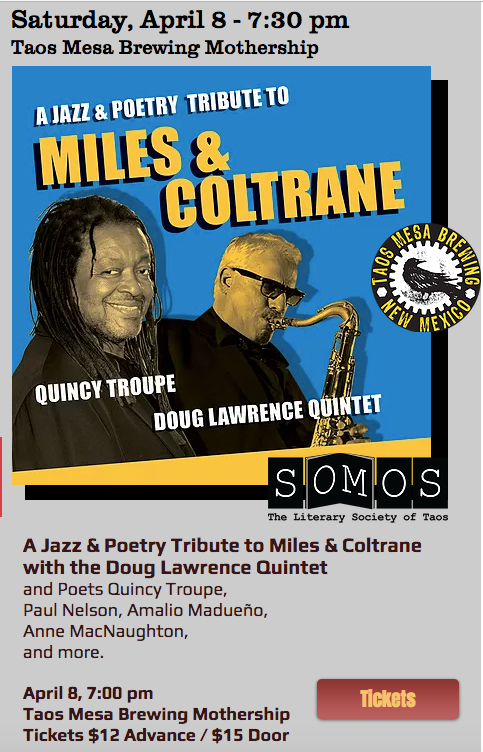 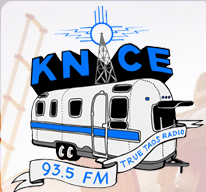 Two nights of Jazz and Poetry, the second of which I’ll emcee and read a few of my Jazz poems. On Friday morning at 8am MST I am set to do the first live radio I have done in years, interviewing Quincy on KNCE radio. Click on the graphic for their site, as they stream and you can hear the interview.

For three years I attended the Taos Poetry Circus and our Cascadia Poetry Festival efforts have been an attempt to recreate the feeling I had there with a Cascadian flair. Since the Circus went on for twenty years, I have some time to perfect the fest, but being in Taos with old friends Amalio Madueño, Anne McNaughton and new friends like Analog Eric, this should be amazing, as should the blue corn hotcakes and New Mexico sun.

And I had a chance to chat with Quincy this past week to discuss potential interview topics and he is doing some incredible work right now and it is always a pleasure to interview a legendary poet and get inside their creative process a bit, perhaps steal some of their fire.