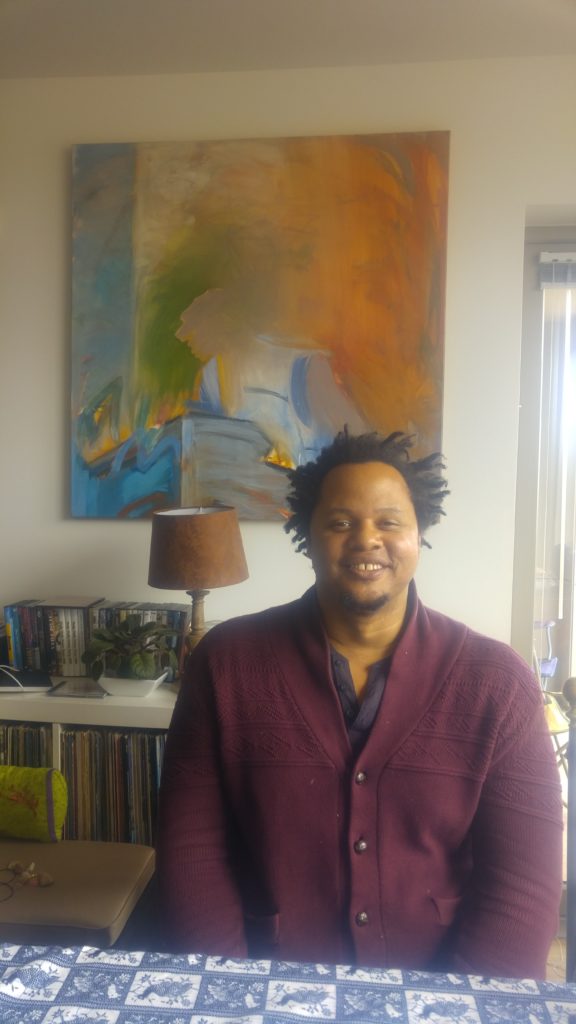 On Tuesday, April 25, 2017, I sat down with bassist, composer and Seattle native  Evan Flory-Barnes in my apartment in the Angeline to discuss his work, his vision for Seattle’s arts community and his upcoming concert at the Neptune Theater on May 18. I think you’ll find that such thoughtfulness, talent, humility and hunger for liberation are very rare in our world, and that we are lucky to claim this man as a product of this city at this time, when so much in our world is so much less than what he exemplifies.

Bassist and composer, Evan Flory-Barnes, is a Seattle native, who has been composing and performing music since he attended Garfield High School. He was a member of the award winning symphony orchestra at Garfield while writing music for the hip-hop group Maroon Colony. He is purposeful in his resolve to use his music to remove the barriers imposed on music, musicians and society–no genres. His vision is to create music that reflects beauty; stirs the emotions; and, enlightens the soul.

In the first segment, Evan says: “I’ve always heard music in a very particular way.” He reports being moved by film scores, like Star Wars, being exposed by his Dad to artists and groups like Curtis Mayfield. Marvin Gaye and the Isley Brothers and hearing the bass while being a student at Washington Middle School. He also reports being interested in basketball, creating comics and playing air bass with a t-square to the music of the Red Hot Chili Peppers. He says the music of the era when Curtis Mayfield was popular has more of a depth and personal nature than much of today’s music. He cites the warmth and character of the music of that era. He says the highest thing about Black American art is that it is inclusive. Listen to Part 1 – 7:20.

In segment two he discussed his musical family, featuring his maternal grandfather, a pianist from Lake Charles, Louisiana, by way of Los Angeles, whose piano playing featured influences as diverse as Ravel and Scott Joplin. He said he had an Aunt who was a singer and his Mom was as well. His paternal Grandmother sang in the church where his paternal Grandfather was a pastor, the AME church. This was an influence on his music as was his experience with the organ music at his Mother’s church, St. Edwards. He also mentions visual artists in his family. He cites Wayne Shorter as an influence and Shorter’s take on Jazz being freedom of expression. He also talked about his musical education at Garfield High and how Marcus Tsutakawa was a huge influence. He had a hip hop group, was playing electric bass to grunge music and tried out for and was rejected by the famed Garfield Jazz Band. Listen to Part 2 – 7:42.

In segment three he discussed his band Industrial Revelation, a band he calls a “brotherhood.” He met D’Vonne Lewis at Jazz Port Townsend, playing with pianist Aaron Parks and they had an immediate musical rapport. He talked about how he met Aham Oluo and Josh Rawlings, the other two members of the quartet. He also talked about what he understands as the “revelation” of Industrial Revelation, that being the essence and beauty of the listener at their concert being reflected back to them. He sees this work as “a sacred honor” He says it is an alternative to the capitalist system to give people the experience of being in touch with their own value, their own gifts as humans, which is at the core of what the “revelation” is, in his mind. Listen to Part 3 – 9:11.

In the fourth segment he responded to a question about how to maintain that effort to bring out the beauty in people when there are so many police attacks on Black men in this country.  He said history shows him some of the most beautiful, potent, inspired music comes from a “soulful loving defiance” and he said at this time, that effort needs to be “amplified.” He also responded to questions of cultural appropriation, in direct response to Dana Schutz’s “Open Casket” exhibited in the Whitney Biennial. He said any such issues comes down to respect and reverence and people “doing their soul-emotional homework.” Listen to Part 4 – 8:29.

In segment five Evan responded to a question about how Jazz in 2017 could be seen as “museum music”, a relic of the past. He talked about artists like Robert Glasper, Snarky Puppy, Kendrick Lamar, Chance the Rapper as well as more traditional Jazz artists like Christian McBride and how today, with Spotify, Youtube and other services one can “access their own world” but ultimately that not dumbing down the artistic gesture, and avoiding pretension is key and he feels Industrial Revelation achieves that and that is the key to its success. He feels Jazz is in good shape. Listen to Part 5 – 6:08.

In part 6 he discussed the artist’s dilemma between depth of content and commercial success. He said that often what happens when Industrial Revelation shares bills with other bands, they are exposing the areas where other bands are not “doing their work, their soul work” and are being inauthentic. He talked about his own soul work, being interested in spirituality and psychology, of an experience as a child of feeling something so immense that he likened to “the force.” It did not resonate with religious dogma that he was exposed to and started him on his quest. He cites Wayne Dyer as one of the first people who helped him understand a more spiritual way of being in the world via his PBS programs. He also cited Thich Nhat Hanh, Rumi, Kalil Gibran as influences on his inner life. He talked about meditation, Eckhart Tolle’s the Power of Now and his own practice of “loving what arises.” Listen to Part 6 – 7:29.

In the seventh segment Evan discussed the recent trip to Milan by Industrial Revelation, his own visits to Rome, Berlin and other European cities, the cultural climate in the U.S. in the Trump era and of the cultural vibe Seattle has with people he talked to in Europe. He said we have a chance here to lead the way in terms of issues like “gentrification vs. development.”  He said he would like for Seattle to be known for its cultural richness and that we should claim that and bring it more fully into being. Listen to Part 7 – 5:19.

In Part eight Evan responded to a question about the difference in his view between development and gentrification in Seattle. He discussed being in Florence and feeling the presence of the Medici family, known for their great wealth and patronage of the arts. He described the awe he felt seeing Michelangelo’s statue of David and said that art would be well-served to expand beyond a capitalist value system. Artists should be in the “soul-nourishing business.” He also compared Germany and U.S. awareness of their country’s own atrocities and the U.S. is not even close to what Germany has come to understand about their own dark history. He says that being in the corner of the continental U.S., Seattle has an opportunity to do what’s right in regards to this acknowledgement and to create a vibrant arts culture here. Listen to Part 8 – 5:53. 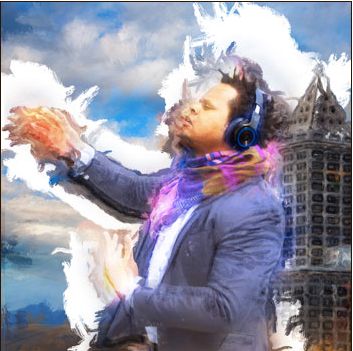 In the final segment, Part 9, he discussed his upcoming May 18 event: The Music of An Acknowledgement of a Celebration: Inheritance, Authenticity and Healing at the Neptune Theater. He said the event could be seen as a soundtrack to all that has been discussed in the interview and described the movements with their autobiographical nature. He discussed the influences, from Stravinsky to A Tribe Called Quest, among others. “Curtis Mayfield meets Bjork.” He talked about the elegy aspect of the project and gave an example of the singing he does for it. He talked about how the project came to be and what it means to him. Listen to Part 9 – 7:38.