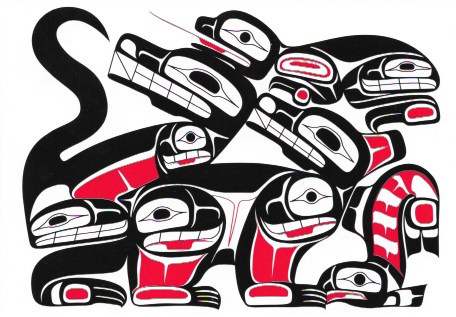 The call for the eleventh year of the August Poetry Postcard Fest goes out July 4, 2017, and registration opens then. Like last year, as soon as 32 participating poets get signed up, the list will go to them and registration will begin for the next list.

I’ll email the list once a day tops, or less often if the next list is not yet sold out. The last list may have less than 32. All festival proceeds will go to benefit SPLAB, the non-profit agency that has produced hundreds of poetry events, poetry and cultural interviews, a MOOC on Innovative Cascadia Poetry (in partnership with Cascadia College) and is merging forces with the folks who created the Tacoma Poetry Festival to create the 5th Cascadia Poetry Festival in Tacoma, October 13-15, 2017. (& it would be awesome to see many postcard poets read their cards in the Living Room during the festival. There may also be a 56 Days reading connected with the fest. Stay tuned, but realize there IS a poetry postcard anthology coming out in 2017.

If you want to sign up more than once, you’ll have to sign up (& pay) for as many times as you want. If someone drops out of a list of 32 after I’ve complied it, I’ll not send it again. I have my own poetry postcards to write and hope that people who sign up will back their commitment as best they can. Some people take until October to finish their cards and that’s the way it has to be for them, but at least they finish and continue to be in integrity with themselves, the fest and other participants.
The 2017 signup link is live, but signup starts on July 4, 2017.