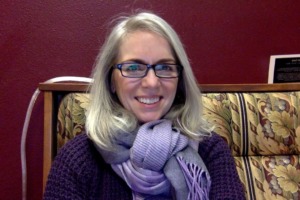 The Death Rattle Writer’s Festival Day One happened and Janet Holmes had the highlight, for me, a touching poem about grieving the loss of her late husband. Nothing sentimental or maudlin. How poetry can get someone through such an experience is part of its power; to channel feelings that could otherwise drown us. The audience was appreciative and reminded me of the old SPLAB, a refuge for the outcasts, the gender-queer and others who, you can imagine, have not had it easy in a place like Nampa, Idaho. 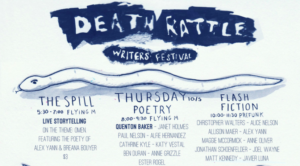 Of course the audience at the Flying M Coffee Garage (a former Firestone auto repair center with letters changed to spell Finestore) was about 2 to 3 times as large as any audience we had at the old SPLAB in Auburn and had kind words about my Neukom Vivarium Variations poem. #Gratitude #BrightIdahoSunshine #EasternCascadia https://paulenelson.com/2017/05/09/neukom-vivarium-variations/