Why Cascadia? Why Poetry?

I am re-publishing this on the day of the 5th Cascadia Poetry Festival in Tacoma, WA, at the Washington State History Museum.         SCHEDULE            REGISTRATION. 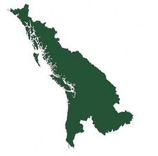 Why Cascadia? Why Poetry?

“Man is estranged from that which he is most familiar.” – Heraclitus

We live in a time when so much we have taken for granted is unraveling. The climate system, capitalism and the USAmerican democracy. Forest fires, droughts and extreme flooding events are now occurring with more regularity. More than half of the counties in the U.S. – 1,584 in thirty-two states – were designated primary disaster areas by August 1, 2012 due to drought.1 By October 2, sixty-five percent of the contiguous U.S. was experiencing moderate to severe drought.23

According to the respected social scientist Immanuel Wallerstein, we are:

Living in the transition from our expanding world system… [capitalism] to another world system or systems. We do not know whether this will be for the better of for the worse. We shall not know until we get there, which may not be for another 50 years… (Wallerstein, 2000: 251–252)

The Citizens United ruling, essentially reinforcing the U.S. notion of corporate personhood has unleashed millions of unaccountable dollars into the democratic election system. By late September of this election year, an additional $465 million had been invested and the bulk of the spending was to come after that date.4 The U.S. bank crisis of 2008 is simply one more bit of evidence.5

Empires rise and they fall. There are many examples of the symptoms of a system in a state of collapse. Morris Berman outlined four factors:

Accelerating social and economic inequality
Declining marginal returns with regard to investment in organizational solutions to socioeconomic problems
Rapidly dropping levels of literacy, critical understanding, and general intellectual awareness
Spiritual death–that is, Spengler’s classicism: the emptying out of cultural content and the freezing (or repackaging) of it in formulas–kitsch, in short (19).

Check. So what’s next. Assuming this is not true, the answer is to, what, get into the financial services industry, angle to be part of the 1%? If we are experiencing the end of the USAmerican empire and the end of capitalism, what options are there? About 1971, Peter Berg originated the notion of Bioregionalism, in which political boundaries were set by ecological boundaries. Environmental stewardship and sustainability being defining factors or such an approach to organizing regional life. We see the beginnings of this in such disparate movements ranging from the One Hundred Mile Diet to the craft brewing movement.6 The dependence on fossil fuels is radically limited or gradually eliminated by such an ethos. The estrangement from one’s house, one’s economy and one’s environment gradually ends as the descendants of settlers begin to understand and honor the cycles of life and the balance they require.

The region in which I write is Cascadia. The Cascade Mountain range was named by David Douglas, the Scottish botanist. The notion of how the waters cascade down from the mountains was, in his view, the salient feature of this area. As such, the name Cascadia is appropriate as it comes out of the place, and not out of honoring some non-resident, as is often the case with place names in this part of the world. The so-called Queen Charlotte Islands, named after a monarch who never came to this part of the world. are one such example. We know them now as Haida-Gwaii. The translation is said to be “Islands of the People.”

In addition to the mountain range that gave the region its name, there are other features, such as volcanoes, glaciers, a craggy coastline with numerous inlets and fjords, an arboreal rainforest that still has remnants of its pre-contact state and much unspoiled wilderness. Culturally, the region has had one of the lowest rate of religious adherence and one of the highest rates of ecological awareness.78 It can be said that, with the high rates of backpacking that happens in Cascadia, there seems to be a resonance with a Native American perspective that the cathedrals here include natural ones, such as the Olympic Mountains, or certain features within them.

Cooperatives such as REI, PCC and, yes, even Costco, got their start in Cascadia and are examples, of varying degrees, to an alternative financial ethos. It is clear that different ideas, alternatives to the industry-generated culture or McWorld, as Berman puts it, do well in Cascadia. To organize by bioregion makes cultural, ecological and financial sense when you take into account the fossil fuel-based nature of capitalism as it exists now and is threatening the planetary ecosystem. For these reasons, among others, Cascadia makes sense now and that sense will likely grow as system collapse becomes more evident.

The bastard child of all the art forms, poetry exists beyond the requirements of the capitalist economy. Part of what Lewis Hyde identified as the Gift Economy, poetry has not been commodified, poetry slam culture notwithstanding. Nothing has the potential to speak do directly to our souls when it is done well and yet be so devoid of marketing potential in the capitalist economy. To be a poet in such a day and age is to reject, as much as possible, everything about the industry-generated culture. It is a political act, an act of cultural anarchism and, as such, is the best way in our view to address these kinds of issues. Stéphane Mallarmé said that “poetry is the language for a state of crisis.”

If poets are, indeed, the antennae of the race, as Ezra Pound said, divorced (as much as possible) from capitalist culture, then the brightest of them (the prophets) may have some sense of what is coming, the positive and the negative. Gathering them in one place every year with the intentions of bioregionalism, sustainability, sense of place, understanding the culture of place, responding to the needs of such an unstable time now become evolutionary necessities rather than acts of high culture. Poet Michael McClure said “the way to the universal… [is] by means of the most intensely personal” (26).

A poetry of place, with the dedication and perception of poets like Gary Snyder is what I believe is necessary. Snyder has espoused bioregionalism for over 40 years. In a 1999 interview he pointed out that the meanings of the words ecology and economy are linked:

The word ecology describes the workings of energy exchange between living and non-living systems. The entire biosphere is largely a solar energy driven economy in which the photosynthesis of plants makes available almost all of the food and fuel. Plants are, so to speak, the working class, and as energy is passed up the food chain, we have a small number of predators at the top fed by a huge number of mice down below. The image of food-chains is not a model you would want to use as a guide for human society, but a way of understanding how things in the biosphere work.
Human economies are based on utilizing whatever nature makes available, and it would be very prudent and healthy for all complex societies to be informed about ecological and economic systems at the same time. A lot of what happens in the economic realm runs counter to the health of ecological systems.9

Robert Sund lived almost all of his life in Cascadia and used the term Ish River country for the bioregion in which he lived, after the Lushootseed suffix for “people of,” Ish. The term Salish Sea is now official for the waters of the Strait of Georgia, Desolation Sound, Puget Sound, the Strait of Juan de Fuca, and the inland marine waters of southern British Columbia, Canada and northern Washington, USA. That term was officially adopted by 2010.

Lissa Wolsak’s statement of poetics entitled “An Heuristic Prolusion,” she mentions (or names) concepts such as:

Transhumance, a personal~social act of symmetry, reciprocity and redistribution… Co-mercy, the act of harmlessness…
Trans-anthropological, a more skillful term to express the re-emerging sense of the human species role as part of the eco-system rather than dictator of it.. (Wolsak 143).

This is synonymous with the notion of Evo Morales, President of Bolivia, who told the U.N. General Assembly at their 67th session that the end of the Mayan Calendar marks the end of an anthropocentric way of being in the world and the beginning of biocentric life. It’s why, in the early 1960s Michael McClure called himself a “mammal patriot.”

How to we achieve a common, shared vision? How do we begin to recognize all of our neighbors and honor the many cultures existing here? How to begin to reconnect with the cycles that sustain us and could sustain our descendants? How channel the energy of glaciated mountains like Tahoma, Shasta, Kulshan and Shuksan? How translate the magic of inlets, hot springs, volcanoes, fjords and those combinations of mountains that are on the edge of the continent?

If it is true, that the west coast of North America is often ahead of cultural and economic trends (recycling, same sex Marriage, legalization of marijuana, Microsoft, Nike, Amazon.com, Costco, Starbucks, &c) how does Cascadia lead the way for a new bioregionalism, providing a model for bioregions all over the industrial world? And how does that sound in song?

12 Responses to Why Cascadia? Why Poetry?