Rob Lewis and The Silence of Vanishing Things 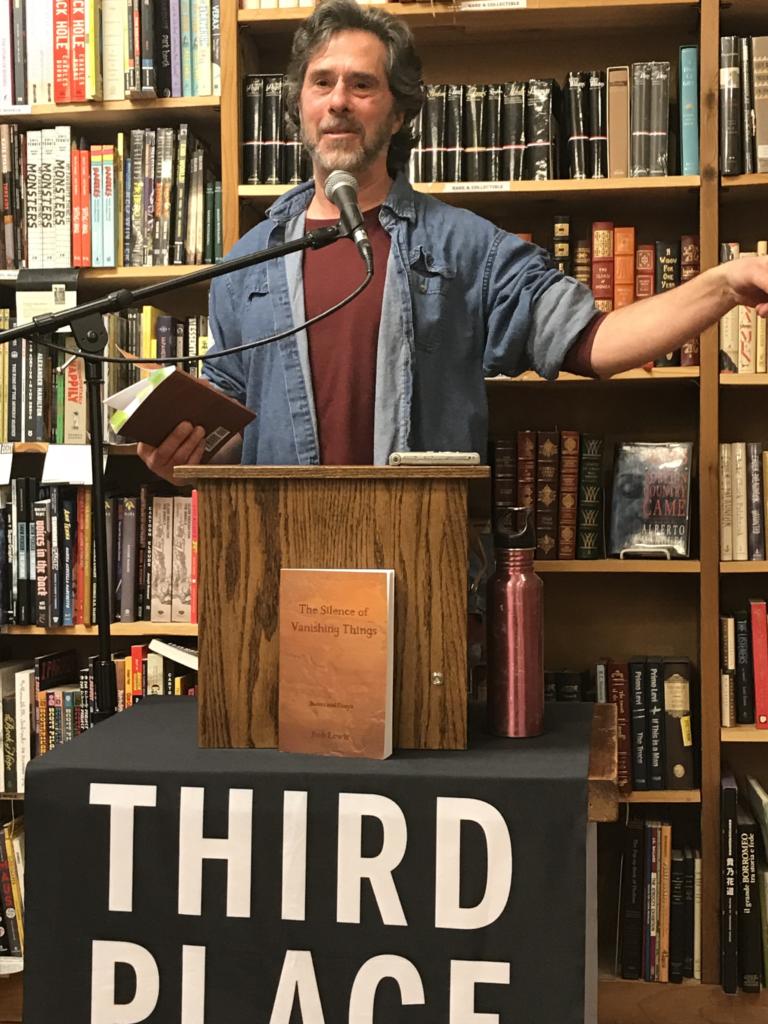 Is a planetary ecological collapse underway? Yep. Does anyone care? At least Rob Lewis does. He wrote a book of poems and essays about the climate crisis and suggests that a shift away from scientific terminology toward a more poetic/sacred narrative is necessary. The book is called The Silence of Vanishing Things and in it and in his public talks, he notes how we shifted a few decades ago in our culture from calling it “nature” to calling it the “environment.” What have we lost in that time? These notions are at the crux of an interview I did here at SPLAB World HQ in Rainier Beach on February 21, 2018.

In segment one he discussed looking through the Poet’s Market, to see where he might publish his work and was seeing the guideline of “no nature poems” over and over. He felt there was something happening in the culture that he would need to investigate. He talked about the difference between the “environment” and “nature” and the history and etymology of the two words, and the notion of Ecopoetry or as defined by Brenda Hillman, “worried nature poetry.” Click here to listen to Part 1 – 7:45.

In part two he discussed the specialization of our age and how we all have nature in common. He read his poem “While The Mind Aims the Eyes” and discussed the key image in that poem which he said is not the human mind, nor the heart. Click here to listen to Part 2 – 6:43.

In the third part of the interview he discussed the tenacity of nature and addressed Elon Musk and notions of transhumanism, space travel and other mistaken responses to the current ecological crisis. He read the poem “Waterland.” Click here to listen to Part 3 8:55.

In part four he discussed how the indigenous presence in Cascadia is part of what sets it apart from other bioregions. He read the poem “Remains on a Beach” and the poem “The Deer King.” Click here to listen to Part 4 – 7:59.

In the final interview segment, part 5, he talked about how he got his love for nature and animals, about his love for harvesting wild clays, how the cover of his book uses wild clays. He talked about the “most sane thing [he] can do in the face of such insanity in regards to his kayaktivism and discussed that 2015 protest of Shell Oil’s effort to drill for oil in the Arctic’s Chukchi Sea.  He discussed his definition of power and read the poem “Facing Water.” Click here to listen to Part 5 – 11:22.

1 Response to Rob Lewis and The Silence of Vanishing Things