Postcards in the Park 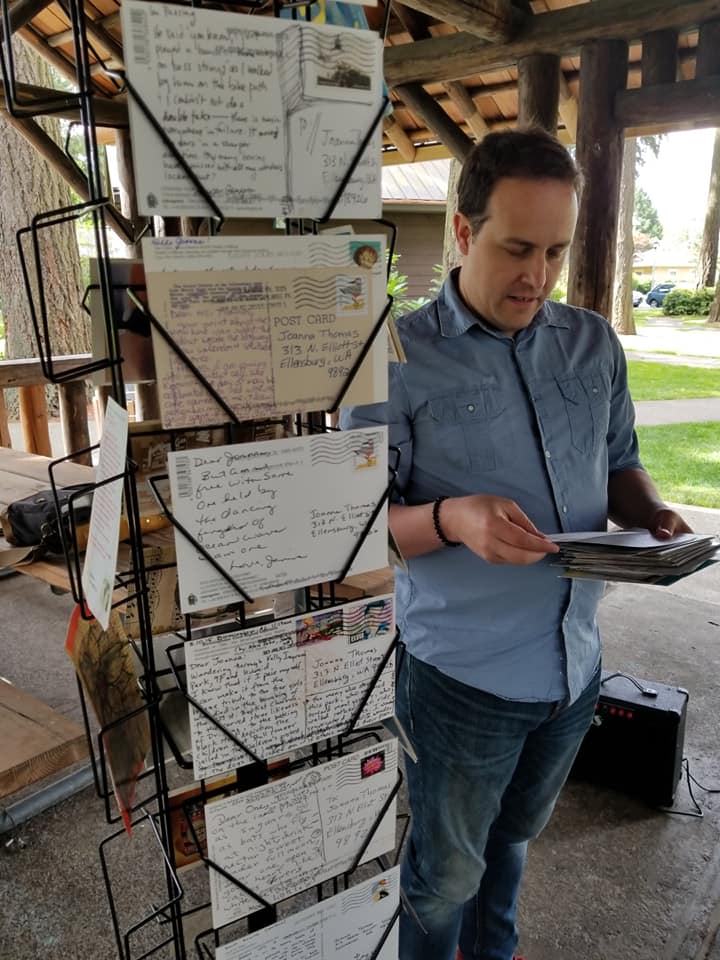 Two editors of 56 Days of August and two contributors gathered yesterday at the annual Poets in the Park event in Redmond, Washington. Ina Roy-Faderman, Your Humble Narrator, Joanna Thomas and Matt Trease were the facilitators of an intimate workshop during which time we talked about the fest, how we approach it, how others have and we shared some postcard poems and tried two prompts. Well, fantastic. Our laughter could be heard to the main stage. 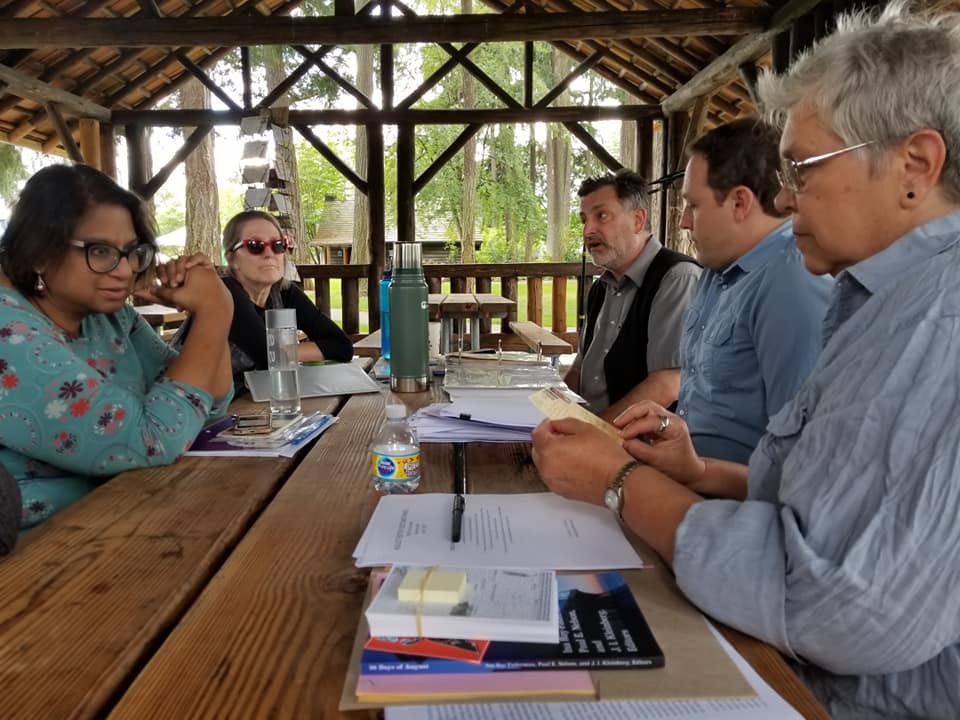 Joanna had a great presentation, and when asked about posting it, she reminded me of the rule AGAINST publishing cards without the author’s permission, so you had to be there! The first page of her handout looked like this: 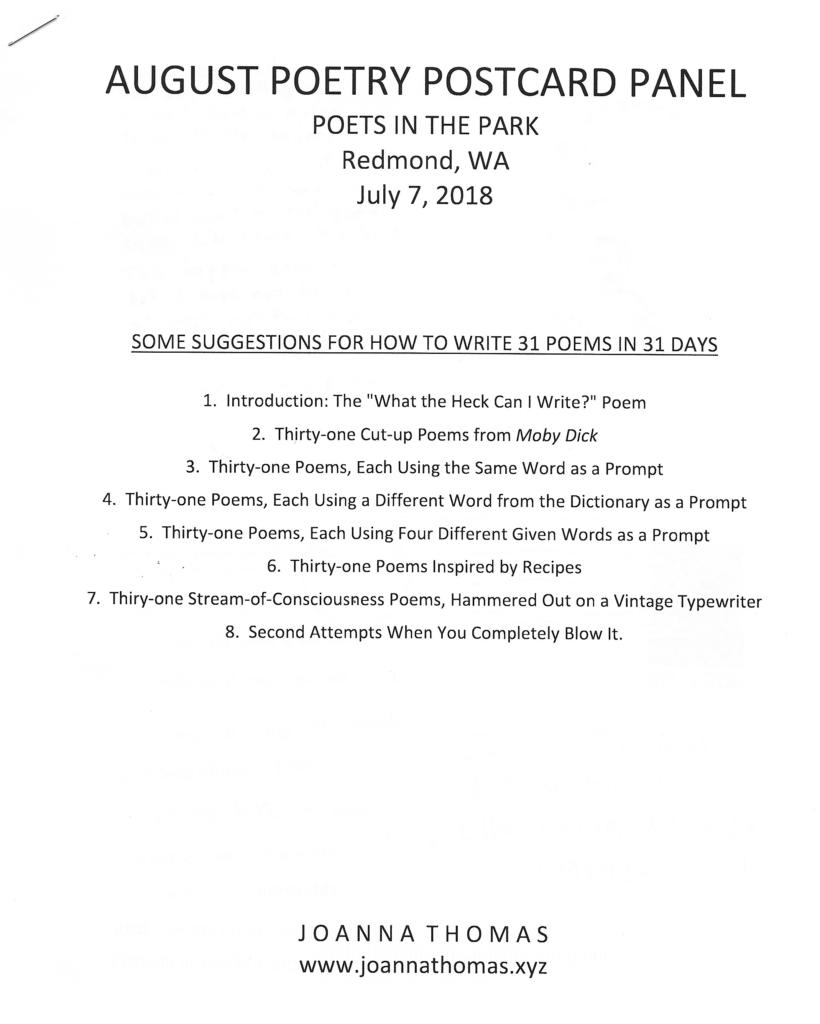 Matt Trease offered a look at his extensive system for the fest: 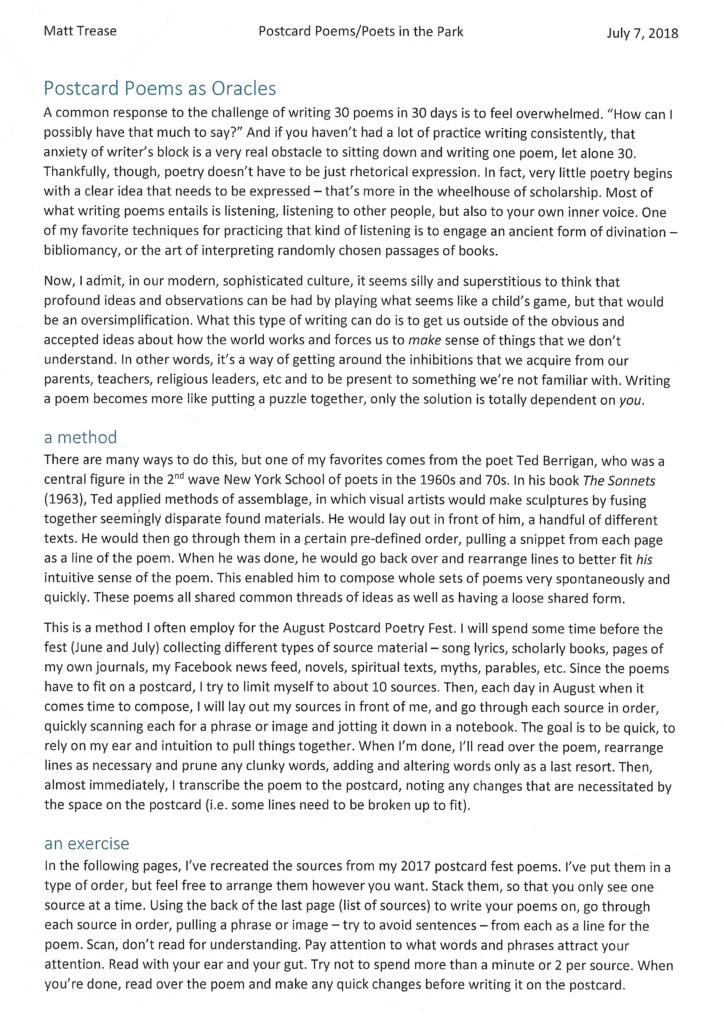 Ina and Joey provided prompts that generated some excellent work. Thanks to Michael Dylan Welch and the organizers for including our panel/workshop idea and for the photos. My gratitude to Ina, Joey and Matt for their postcard wizardry and love for this project.

Registration for APPF 12 is still open. See THIS.

1 Response to Postcards in the Park