Reading Mark Gonnerman’s book A Sense of the Whole: Reading Gary Snyder’s Mountains and Rivers Without End I came to Tim Dean’s essay on The Other Voice. In the essay he states that in his 40 year epic poem, since Snyder:

…harmonizes a vast range of disparate utterances into a collective voice, the poem’s voice should be understood as impersonal — that is, as something other than Snyder’s individual voice or the expression of his personal sentiments.

and that the impersonal voice:

Dean says his notion is developed from Yeats, Joyce, Pound and Eliot and also quotes from the Octavio Paz essay “The Other Voice.” He writes that Snyder departed from “a long tradition of figuring the North American landscape and its native inhabitants in distinctly insidious ways…” and says that “becoming a U.S. subject entails disavowing the history of the landscape and its expropriation from the Indians: to be American involves a commitment to ignorance concerning one’s relationship to the land. It isn’t simply not knowing about the landscape, but of actively wishing not to know…”

Dean also perceptively points out that this is not “cultural appropriation”, not “speaking for others” (as the great White savior) but goes much deeper, and with integrity, unlike those who would poach other cultures for their own status or for money. This is where some (Snyder included) get heat from those who can’t understand a gesture deeper than identity. They don’t get that Snyder’s stance is as deep and respectful of indigenous and world traditions as is possible. His ten+ years living in Japan and studying Zen should be a clue to his commitment to ancient wisdom traditions. Dean writes:

…it would be plausible to interpret this attempt to speak on others’ behalf as an illegitimate bid for power, an unwarranted form of self-aggrandizement on the poet or shaman’s part. Conversely, however, we could interpret speaking for the community as entailing a dramatic subordination to collective well being of the poet’s… individuality — a form of self-dispossession rather than self-aggrandizement…

Which leads me to postcards. Every August (& for me August has become a month of 56 days, composing and reading poetry postcards) I am steeped in the theory and practice of spontaneous composition. Of course this is my main method of composition, but it intensifies in August with the commitment to writing at least 31 such poems and in the effort to communicate the joy and depth of spontaneous composition. When I read Dean’s essay, I can’t help but think that this is what Projective Verse or Organic Poetry or The Practice of Outside achieves when done properly. Snyder is quite familiar with Projective Verse, as were all the Beat and San Francisco Renaissance poets of the mid 50s and 60s, so this is not a stretch to see the connection between these spontaneous methods and the notion of impersonal voice. 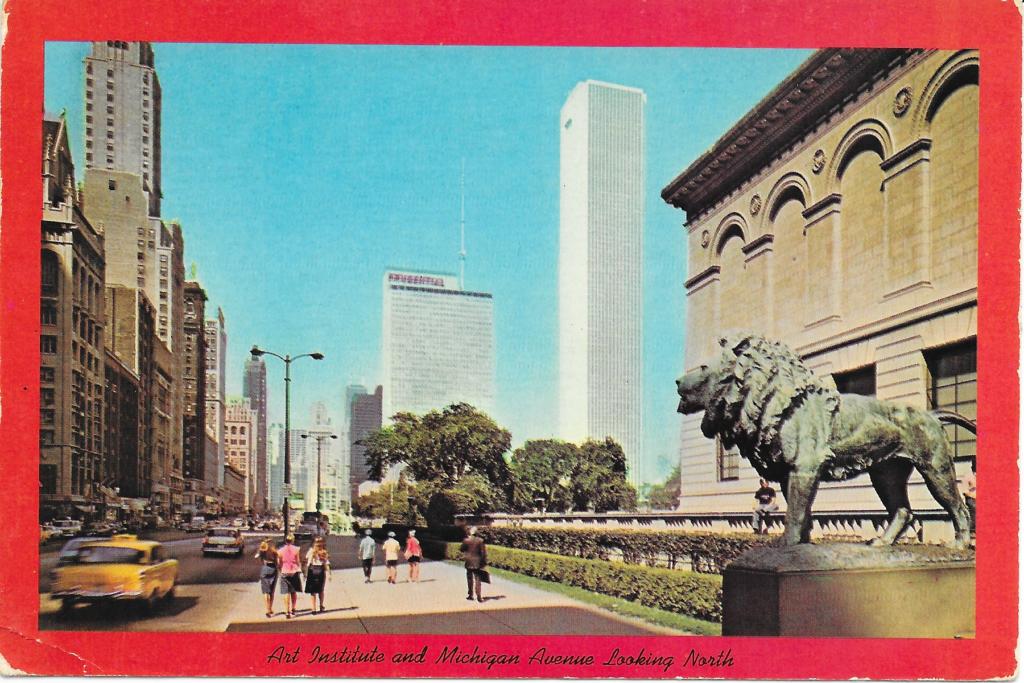 But postcards?!? Yes, the notion is to write spontaneously. This year in my note to participants when they get their list of names and addresses so they may begin their own postcard fest, I had the line: “Your independence from overactive editor’s mind is near!” Truth is, I see it as much deeper than that. Once liberated from lower aspects of self the writer can be connected to those larger energies Olson mentioned in his essay. He used the phrase “the Single Intelligence” and it has been surprising to see how this direct reference to divinity has been downplayed for 68 years since his landmark essay was published. How to make the very personal act of writing a postcard to someone become the larger act of  writing from a stance of the impersonal is quite a trick. I am not sure if I even accomplish that, but certainly it’s a goal. Good thing I have all of an elongated August to think about this.

From Gary Snyder’s book Mountains and Rivers Without End and poem “We Wash Our Bowls in This Water”:

Su Tung-p’o sat out one whole night  by a creek   on the slopes of
Mt. Lu. Next morning he showed this poem to his teacher:

The stream with its sounds    is a long broad tongue
The looming mountain     is a wide-awake body
Throughout the night     song after song
How can I     speak at dawn.

“Sounds of streams and shapes of mountains.
The sounds never stop and the shapes never cease.
Was it Su who woke
or was it the mountains and streams?
Billions of beings see the morning star
and all will become Buddhas!
If you who are valley streams and looming
mountains,
can’t throw some light on the nature of ridges and rivers,