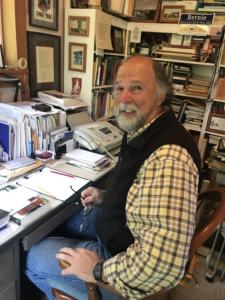 There is something that happens to me when I cross the Hood Canal Bridge and enter the Olympic Peninsula. It is a feeling different from that of entering the Cascades, which are a gorgeous and inspiring mountain range, no doubt. Maybe because the Olympic Peninsula is the site of an epic dam removal project, which is restoring to a pristine condition one of the most legendary salmon-bearing rivers in the world. Maybe it’s because some of the cleanest air in the world can be found here, or the biomass per acre is unique. Perhaps it’s the unique biological diversity, with numerous endemic species of plants and animals, or its prodigious glacier system, the third largest in the contiguous United States. It might be that when I moved to Seattle in 1988, our view from West Queen Anne Hill was The Brothers, or the fact that in the year 2000 I was lost in these mountains and had to be rescued by military helicopter, or that in 1995 I had an epic backpacking trip during which at the top of a mountain overlooking the pristine Boulder Creek watershed I read the words of poet Michael McClure 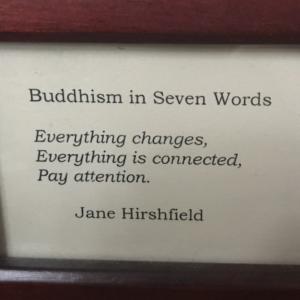 MORE ALIVE THAN I OUGHT TO BE and felt like I understood what he was getting at. The words and setting such a perfect combination.

Poet and Nature Writer Tim McNulty lives in these mountains and he lives with these mountains. Read the 4th edition of Olympic National Park: A Natural History and you will see a hundred or more reasons why this corner of the world is unique and why it deserves its status as a UN World Heritage site. Tim has lived here since 1991 with his wife Mary and we sit at his dinner table to discuss his book, this remarkable part of the world and perhaps some of his poems about his experience living in and with these mountains. Tim, thank you so much for your world class hospitality, for the visit to Han Shan Point yesterday and for all your work on communicating the beauty of this place.

In the first segment Tim discusses how he ended up on the Olympic Peninsula, the wilderness preservation efforts he was involved with and the emergence of bioregional thought on the Peninsula which included people like Jerry Gorsline, Michael Daley, Mike O’Connor and Finn Wilcox. Listen to Part One – 9:52.

In the second segment, he talked about how the book was first conceived, about the Olympics as refugium, or area that serves as a sort of “life boat” for endemic species that do not exist anywhere else. He also read a segment about refugia and about botanical researcher Nelsa Buckingham. Listen to Part Two – 9:09.

In segment three Tim talked about how the Olympic Mountains are home to the lowest elevation of glaciers in the Continental U.S., the advanced 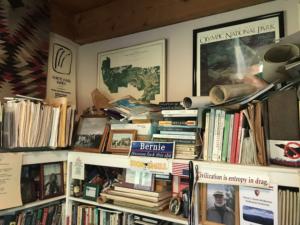 nature of the indigenous cultures on the peninsula and the crescent formation and basalt mountains and other aspects of the Peninsula’s  geology. Listen to Part Three – 7:23.

In the fourth part Tim discussed the dramatic difference in precipitation levels between Mt. Olympus and Sequim, just forty miles apart, and the mix of diverse habitat that enables. He discussed the 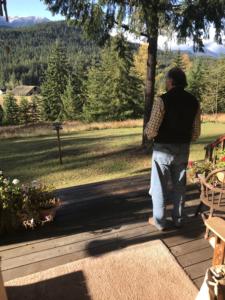 only endemic mammal species in the Olympics, the Olympic Marmot, the threat to the Park of climate change and read a passage on the sunflower star. Listen to Part Four – 8:13.

In part five Tim talked about the epic Elwha Dam removal project, the organization that helped the dams to be removed, the local opposition and opposition by former Senator Slade Gorton, the possibility of removal of Snake River dams and the effort to remove non-native goats from the park. Listen to Part Five – 10:07.

In the sixth and final segment Tim discussed the quiet nature of Olympic National Park, the opposition to Navy jets using the park for war practice, the critical nature of nurse logs for the ecology of the park, Roosevelt Elk (how their slaughter helped the park get created) as well as the blue-leaf huckleberry. He discussed how the park is, in his view, the “heart of Cascadia” and read his poem “A Mountain Blessing.” Listen to Part 6 – 14:28. 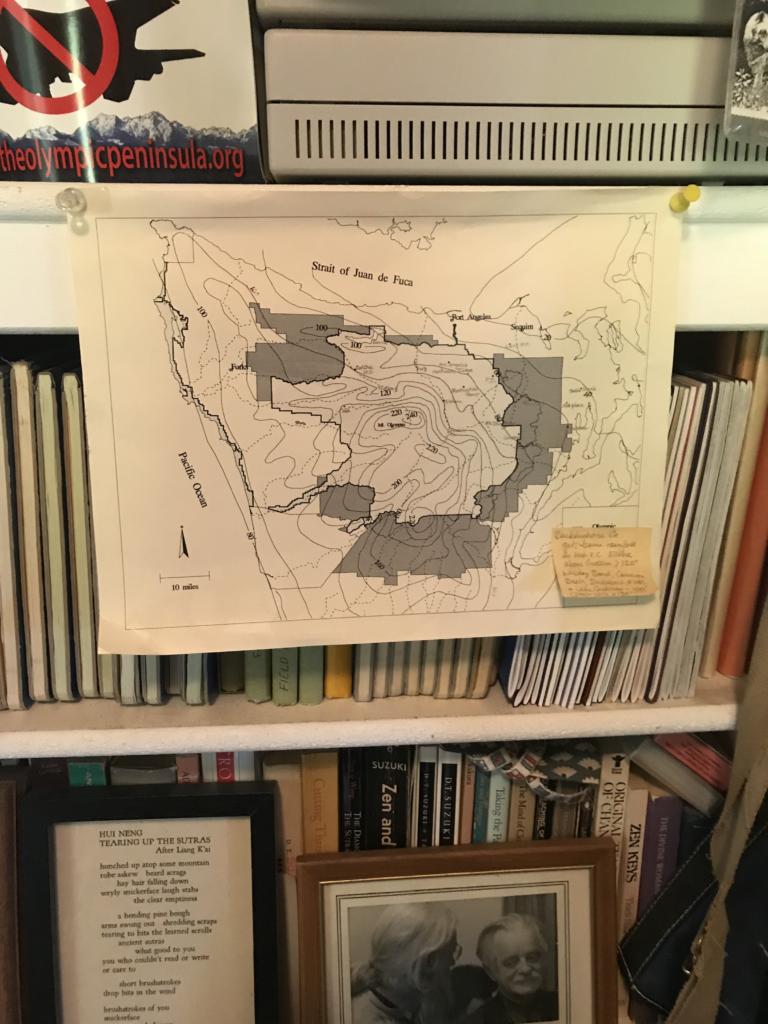 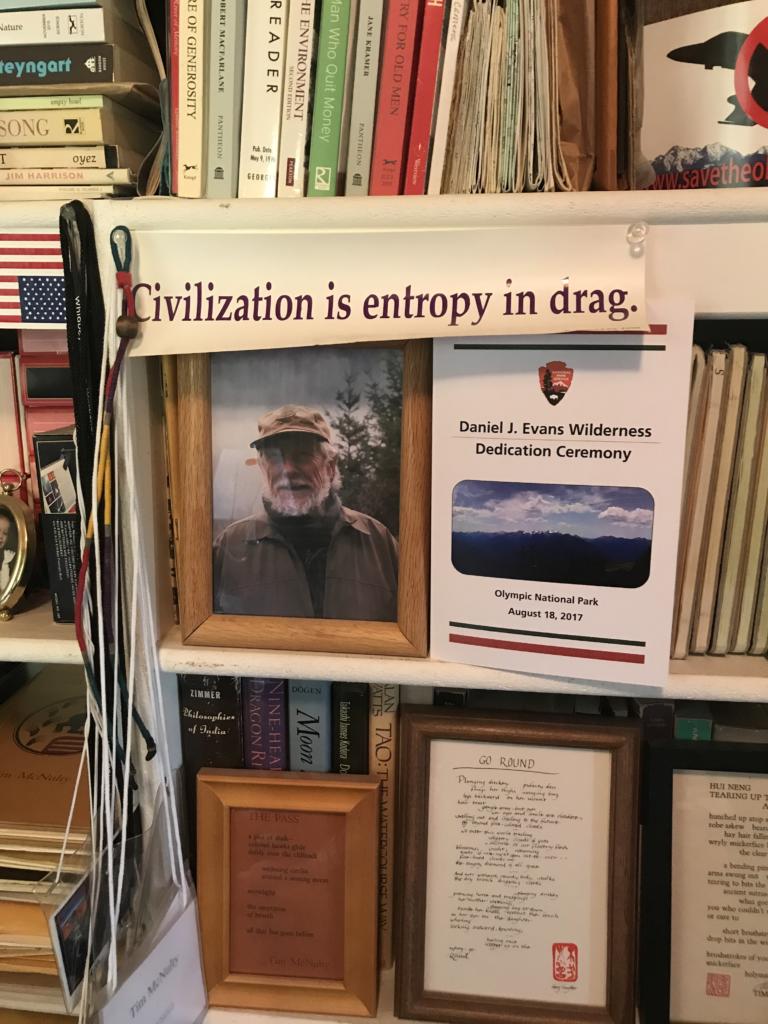 If you liked this interview, consider supporting our interview project by buying a copy of American Prophets. 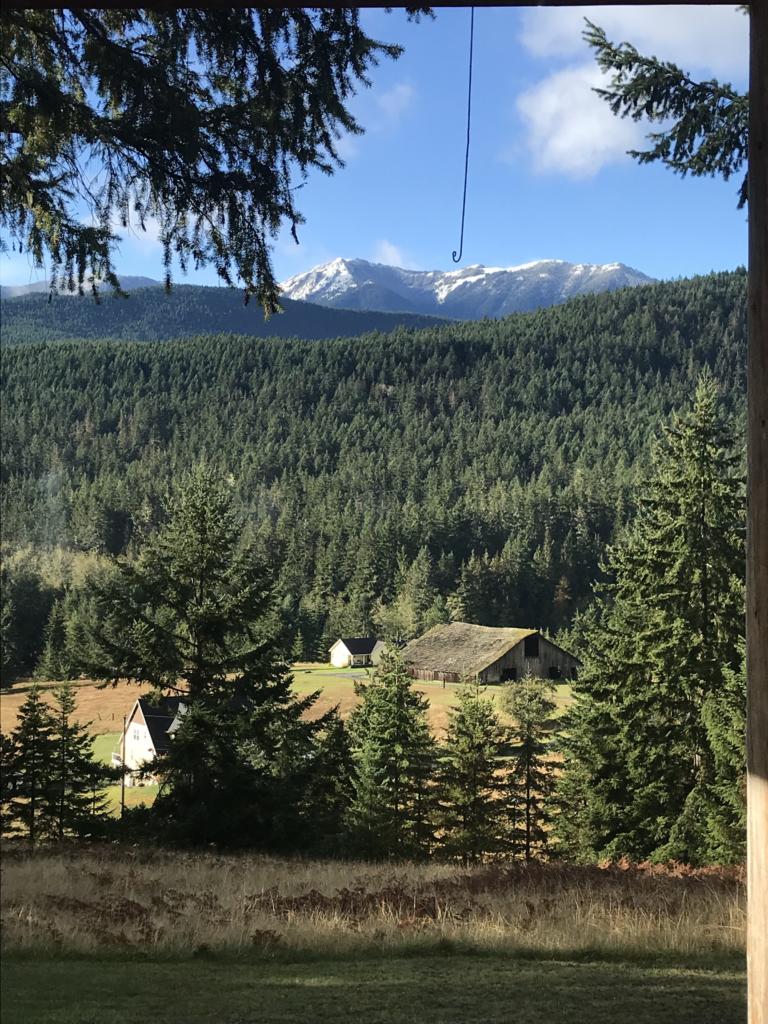