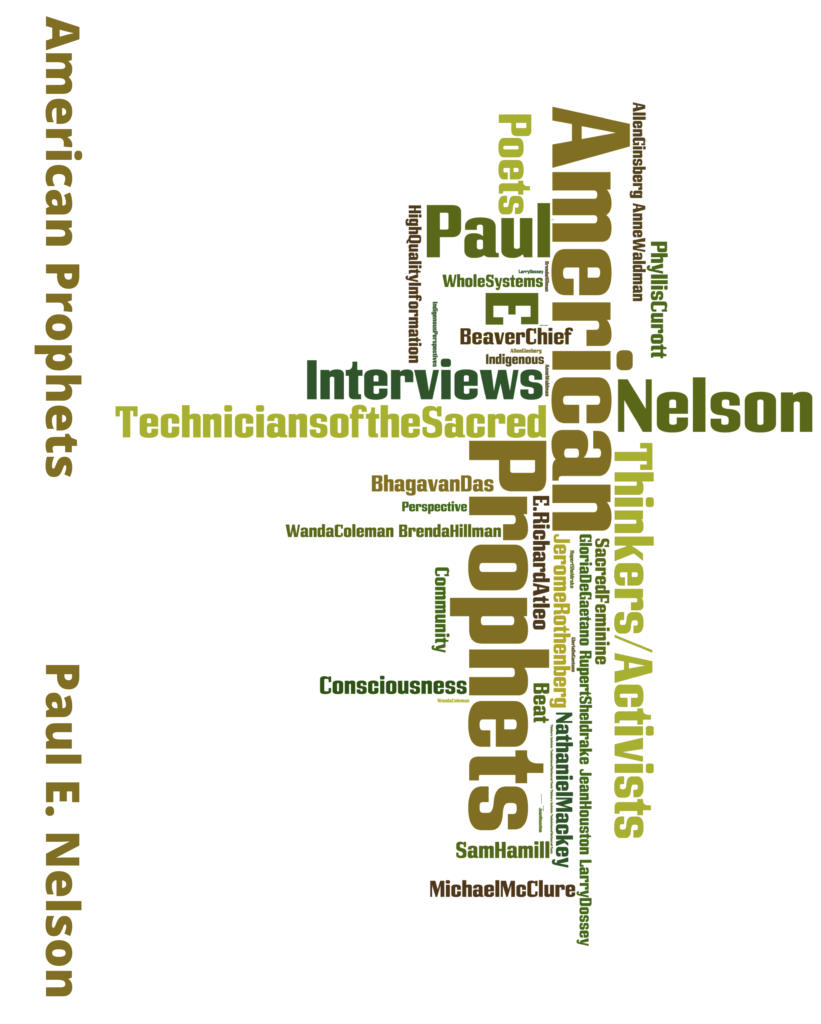 The launch of AmericanProphets, my book of transcribed interviews mostly taken from the years of the syndicated radio show I hosted and produced between 1993 and 2004, has been not only a cathartic event for me personally, but has also reconnected me to former guests who have received their contributor copies.

One of them is Larry Dossey. He’s read the book already and said:

I’ve read American Prophets with delight. I’m honored to be included. What a great service you have provided. As if you need something else to read, attached is an article of mine published in the current issue of Tikkun magazine, “The One Mind.”

What he sent for me to read was: 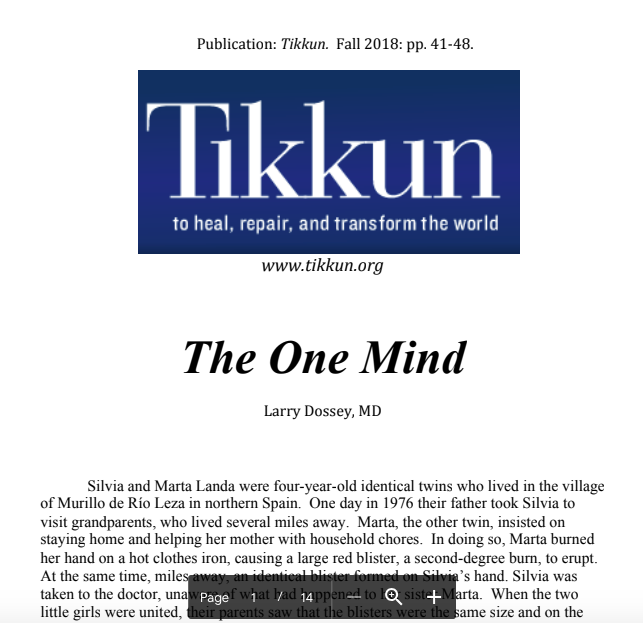 It is an essay brimming with perceptions demonstrating how focused Dr. Dossey has been on the topic of human consciousness since that 2000 interview we did and years before that certainly. It is such a huge bit of validation regarding my antipathy toward the materialist haze we find ourselves in and in favor of the poetics to which I have been dedicated for the last twenty-five years that are also in opposition to the materialist paradigm.

He essentially tracks the development of the theory of One Mind in the Western world, the notion that we are all connected to a sort of global brain, including Hegel:

In the 19th century, the German philosopher G. W. F. Hegel called distant mental exchanges between humans “the magic tie.” He believed that “the intuitive spirit oversteps the confines of time and space; it beholds things remote; things long past, and things to come.”

Dr. Dossey documents the failure of contemporary science to come up with a valid theory that explains consciousness, because science is stuck in a materialist paradigm that defends Newtonian science dogmatically, as Rupert Sheldrake (another of the interview subjects in American Prophets) has spent his professional life proving. Dossey writes:

The scientists he quotes suggest that there is something very important missing from science and that the materialist paradigm is akin to a “superstition.”

The poetics that seeks to connect with this global brain have been known as many different things: Projective Verse, Organic Poetry, The Practice of Outside, Impersonal Voice, the received poem &c. &c. When writing, when doing any kind of art, we can tap into sources much larger than ourselves. When one has had the experience of art that is created in this way, going back to that which is limited to the human ego is unsatisfying. The book American Prophets tracks my own exposure to many angles of this basic notion, especially through some of the best 20th and 21st century U.S. poets who helped develop theories of poetics that assume this stance-toward-poem-making as Olson described it in 1950.

Purchase a copy of the latest print edition of Tikkun and see how artfully Dr Dossey weaves the different threads together to give us a way out of the materialist worldview that imperils the very biosphere that sustains us.