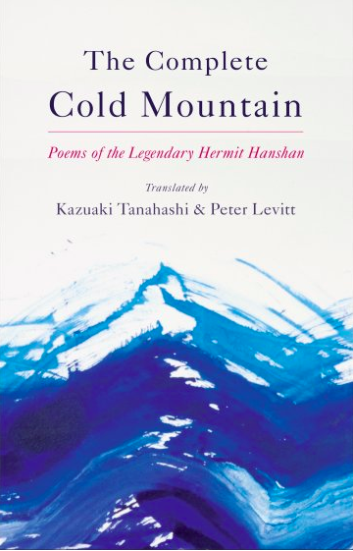 What joy in the good fortune of getting to interview Peter Levitt at his Salt Spring Island (BC) home. To see Cusheon Lake frozen so solidly that Peter reports there were people playing hockey on the lake. To get intimate access to Peter’s mind and the mind of Han Shan, whose work with Kazuaki Tanahashi Peter has translated and published in a gorgeous edition via Shambhala Publications.

Arthur Waley, Gary Snyder, Burton Watson and Red Pine are among the legendary translators who have taken on the work of T’ang Dynasty hermit poet Han Shan aka: Cold Mountain. Or make that poets from perhaps before the T’ang Dynasty, as Peter Levitt points out in a new book. Not one but perhaps three poets. The latest and perhaps most complete translation of Han Shan has been done by Levitt in collaboration with Kazuaki Tanahashi and published by Shambhala Press. The Complete Cold Mountain: Poems of the Legendary Hermit Han Shan. 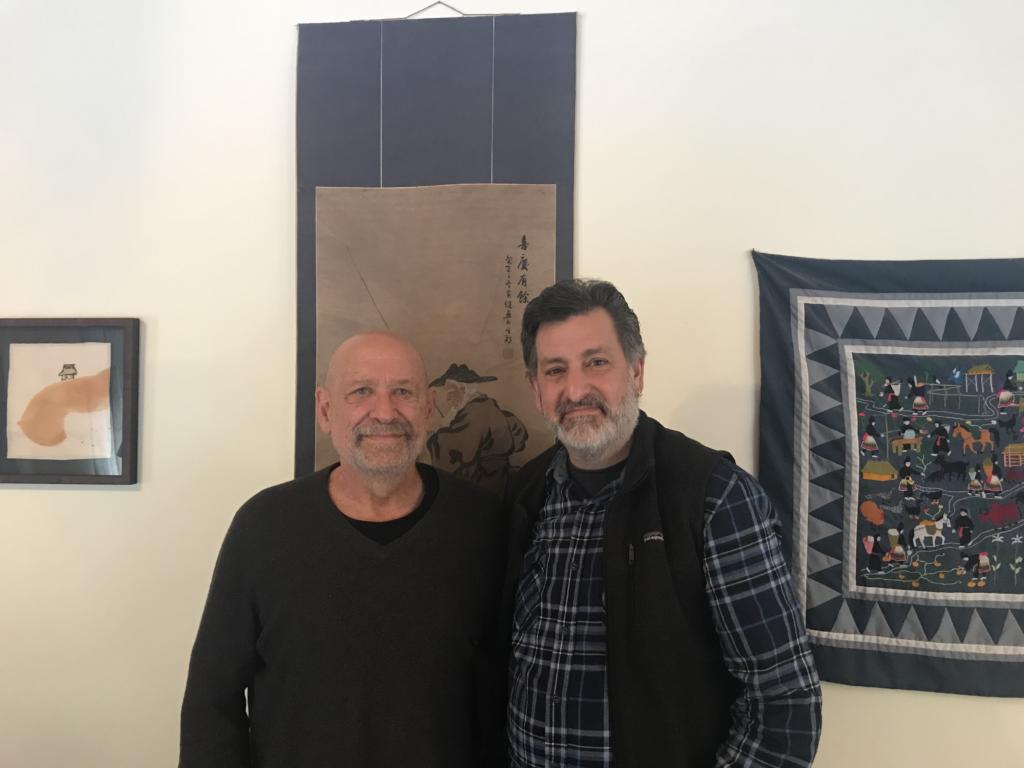 Peter Levitt was born in New York City in 1946, published ten books of poetry and a book entitled: Fingerpainting on the Moon: Writing and Creativity as a Path to Freedom, as well as fiction and literary translations from Chinese, Japanese and Spanish. In 1989 Peter received the prestigious Lannan Foundation Award in Poetry. A longtime student of Zen, recently he served as Associate Editor of The Treasury of the True Dharma Eye – Zen Master Dogen’s Shobo Genzo, edited by Kazuaki Tanahashi. He lives with his family on Salt Spring Island in British Columbia where he is founder and teacher of the Salt Spring Zen Circle, in the Soto Zen lineage of Shunryu Suzuki-Roshi.

He wanted to translate this book for 50 years. He was inspired by Gary Snyder’s translations of Han Shan who made him feel as if he “had a companion.” Han Shan had what he felt was an accurate representation of the world. As a beginning Zen student, he liked the humor of Zen stories and appreciated Han Shan’s humor. “He seems like a friend” Levitt said of Han Shan. He discussed Diane di Prima, his friendship with her and how she helped his “Zen trajectory.” He recounted a visit to Naropa (then, Institute, now College) and Diane’s introduction of Peter to Jakusho Kwong Roshi and her suggestion he take his refuge vows in Zen Buddhism. Listen to Part Two 6:19.

I asked Peter why we needed another translation of Han Shan. He discussed how he and Kazuaki Tanahashi worked on Dōgen’s Shobogenzo for nine years and wanted a new project on which to collaborate. He said that there is much scholarship on Han Shan in Japanese literature, which would be an aid to their efforts due to Tanahashi’s fluency in Japanese. Listen to Part Three – 3:07.

Kenneth Rexroth wrote that “translation saves you from your contemporaries.” And that “you meet such a nice class of people.” Peter responded to those Rexroth quotes with a statement about translation being a “magical process” that mirrors the process of composing poetry. In order to “meet” the poet, when composing, one has to go to the place that precedes language, to the source that inspired the poet whose writing is to be translated. “I have to meet the poet’s mind before they wrote.” In response to the Rexroth’s quote of Dryden: “that the translation of poetry into poetry is an act of sympathy” and that: “As time goes on all translations become dated. Before the language changes the society changes…” Levitt said it is more “an act of identity.” He talked about translation being an “arc” starting with literal word for word that may or may not have the real spirit of the language inside of it. Listen to Part 4 – 8:09.

Peter talked about a kind of “poetics he can trust” and discussed Charles Olson and Projective Verse and how the poet needs to be “completely live in that moment” and that the poem be an authentic expression of that moment, which he says replicates his experience of living. He also quoted William Carlos Williams: “How to get said what must be said” saying that the poem should be life expressing itself. He also discussed Federico Garcia Lorca.  Listen to Part 5 – 3.41.

Arthur Waley and Burton Watson both said Cold Mountain is not a place, but a “state of mind.” How different is the notion of poetry as a “state of mind” from what we have now in North American poetry? Peter discussed the notion of Han Shan as a state of mind, that his translation with Kaz Tanahashi is the most complete collection of Han Shan’s writing, that there were at least three people writing as Han Shan, as Canadian scholar Edwin Pulleyblank of UBC pointed out. The Han Shan poems were written over a period of between 137 and 200 years. He talked about his friendship with Robert Creeley and how that shaped his notions about writing as a state of mind. Listen to Part 6 – 5:33.

In a segment discussing a specific poem referencing cauldrons and chimes in his translation and silverware and cars, in a previous translation, he discussed those differences. The poem states: “there’s no merit in your worthless reputation.” He mentioned identity poetics and pointed out Han Shan’s identity is a mountain! Listen to Part 8 – 4:48.

In a poem from the book on page 56, #87, which included the phrase “Hang this on the eastern wall…” He discussed the poem, a similar poem later in the series, how the ordering of the poems happened due to Kaz Tanahashi’s expertise, the notion of didactic moments in Han Shan and in poetry in general. Listen to Part 10 – 5:07.

In a poem from the book on page 80, #135, including the phrase: “who would guess that under this wisteria hat there is a sadness this old…” Peter discussed the poem and recited one of his poems to illustrate the point about the human condition that he felt Han Shan was trying to communicate via this poem. How to take the inherent human sadness and nourish those parts of yourself that know how to respond to it rather than repress it and be in an oppositional relationship with it. Listen to Part 12 – 8:04.

About the poem from the book on page 83, #141, with the line: “…a person beyond form” Peter talked about how the white cloud in many Han Shan poems can in part be seen as the state of pure mind and the implications of this poem in the light of that notion. Listen to Part 13 – 4:42.

In the fifteenth segment, Peter talked about whether Han Shan was a vegan, his take on the Han Shan poems which refer to eating meat and the poem on page 177, #299 with the line: “only after they’re born with hooves will they feel sorry.” Peter said the common thread is why don’t you get down to what you truly and really are?” Listen to Part 15 – 6:16.

In the final segment, discussing a poem on Page 180, #302, with the line: “it’s like comparing donkey shit to fine incense. You cause the Buddha so much pain” and the line: “when impermanence suddenly arrives, he’ll know he has squandered his life” Peter mentioned his own struggle with lung cancer and how that helped him better understand Han Shan’s poetry and how Han Shan came to be his companion through the process of translating his poems. Listen to Part 16 – 7:58.