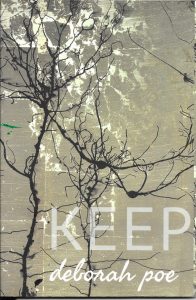 Deborah Poe is the author of the poetry collections keep (from Dusie Press), the last will be stone, too (Stockport Flats), Elements (Stockport Flats), and Our Parenthetical Ontology (CustomWords), as well as a novella in verse, Hélène (Furniture Press). She founded and curates the annual Handmade/Homemade Exhibit and has taught at Pace University, Western Washington University, Binghamton University, SUNY, the Port Townsend Writer’s Workshop in Washington, Casa Libre en La Solana in Tucson and served as Distinguished Visiting Writer for Seattle University during Winter Term 2016. 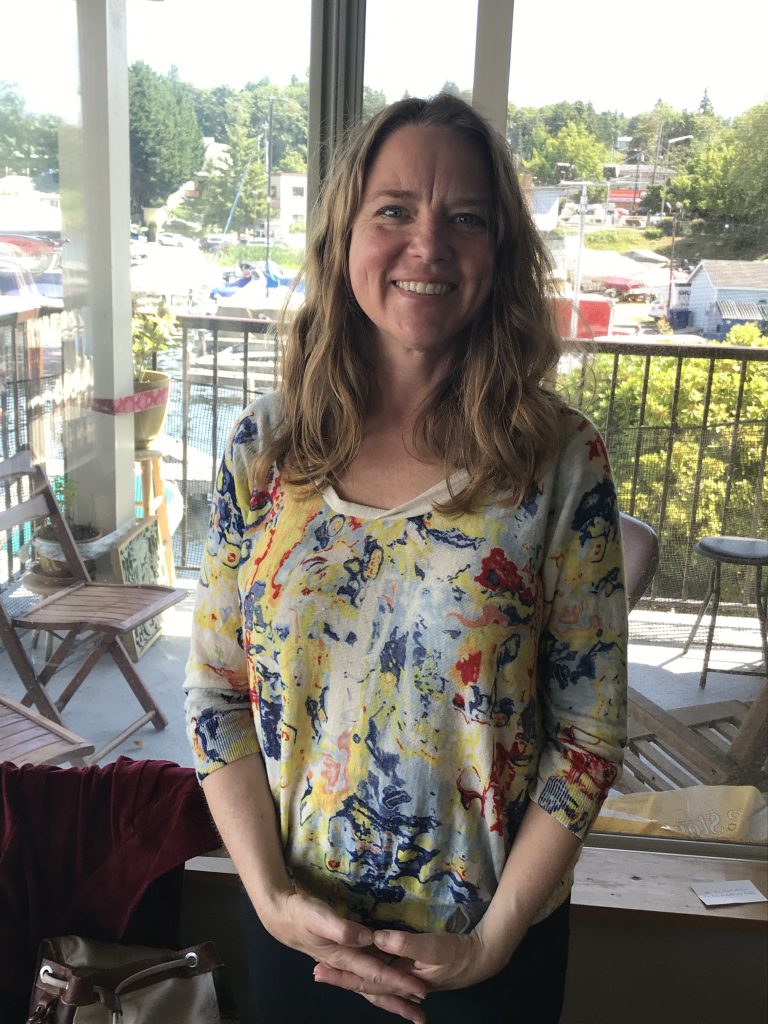 Her new book is Keep and she stopped by SPLAB World Headquarters in Rainier Beach (Seattle) on Sunday, June 30, 2019, to discuss it. We talked about her interest in neuroscience, Buddhism (via Dõgen and Norman Fischer), the philosophy of Edward S. Casey, musical references in her work (Billie Holiday and Chet Baker) and Proun, a concept that comes out of Russian artist El Lissitzky.