I have been holding off on taking and posting my annual picture of poetry postcards received during this year’s August Poetry Postcard Fest. If I counted right, I got 62 cards: 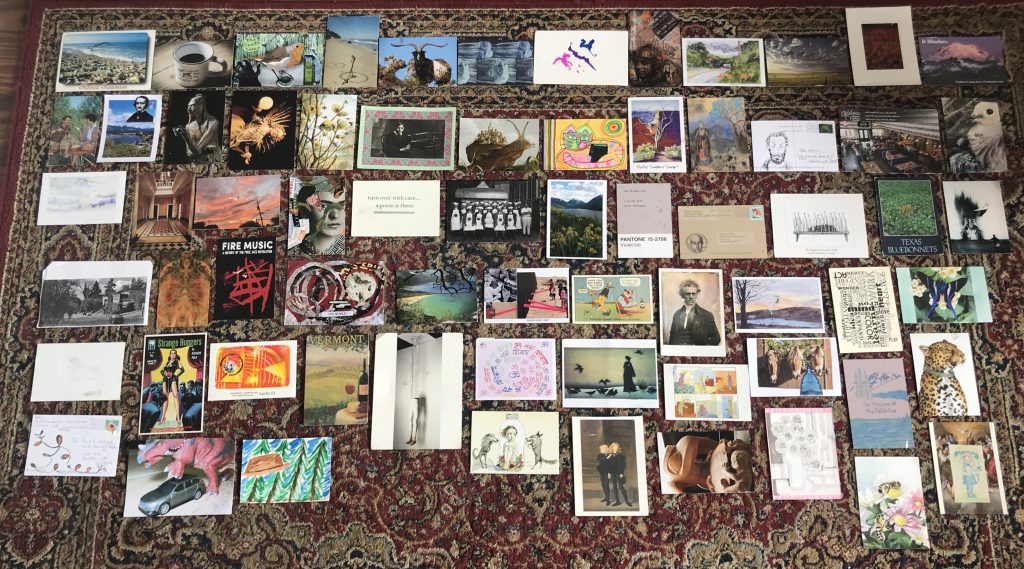 There is a post featuring some of the afterwords of participants here at a revitalized 56 Days of August blog:

There will be some news about a second edition of the Poetry Postcard anthology.

And Rattle Magazine is taking submissions for a special edition of Postcard Poetry! (Yes, it’s a thing.)

Our Summer 2020 issue will feature to Postcard Poems. The poems may be any style or subject, but must have been written on and be accompanied by a related postcard. The issue itself will likely include both the poems as written on the postcards and the postcards themselves, so we need to know who created both the postcard artwork and the poem. Homemade postcards, artists you know, or public domain/Creative Commons licensed art is extremely preferred, but we’ll do our best to work with what we want to publish. Our goal is to support and encourage the act of writing poems on postcards and sharing them in this personal and intimate way. Deadline January 15, 2020.