I will be heading to extreme Southern Cascadia Thursday, and go out of the bioregion to read in Ukiah, California. I am headed south to meet and interview Mary Norbert Körte, a poet, and former Catholic nun who had a spiritual epiphany attending the 1965 Berkeley Poetry Conference. She ended up studying with Lew Welch and William Everson and being published in the anthology Women of the Beat Generation and with Oyez press.

Here is the reading info: 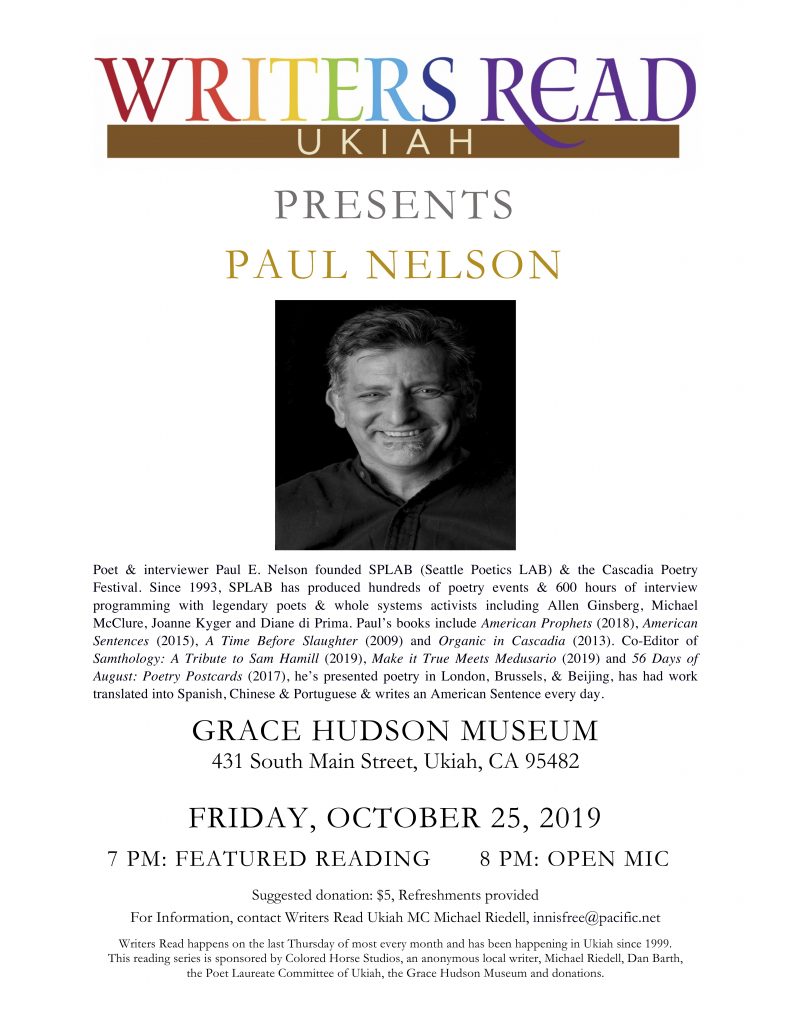 I am told I can read for 30-50 minutes and that is a rare thing these days. I am grateful to Dan Barth, Theresa Whitehill, Mary Norbert Körte, Sharon Doubiago and Michael Riedell for their efforts regarding my visit.

2 Responses to Reading in Ukiah