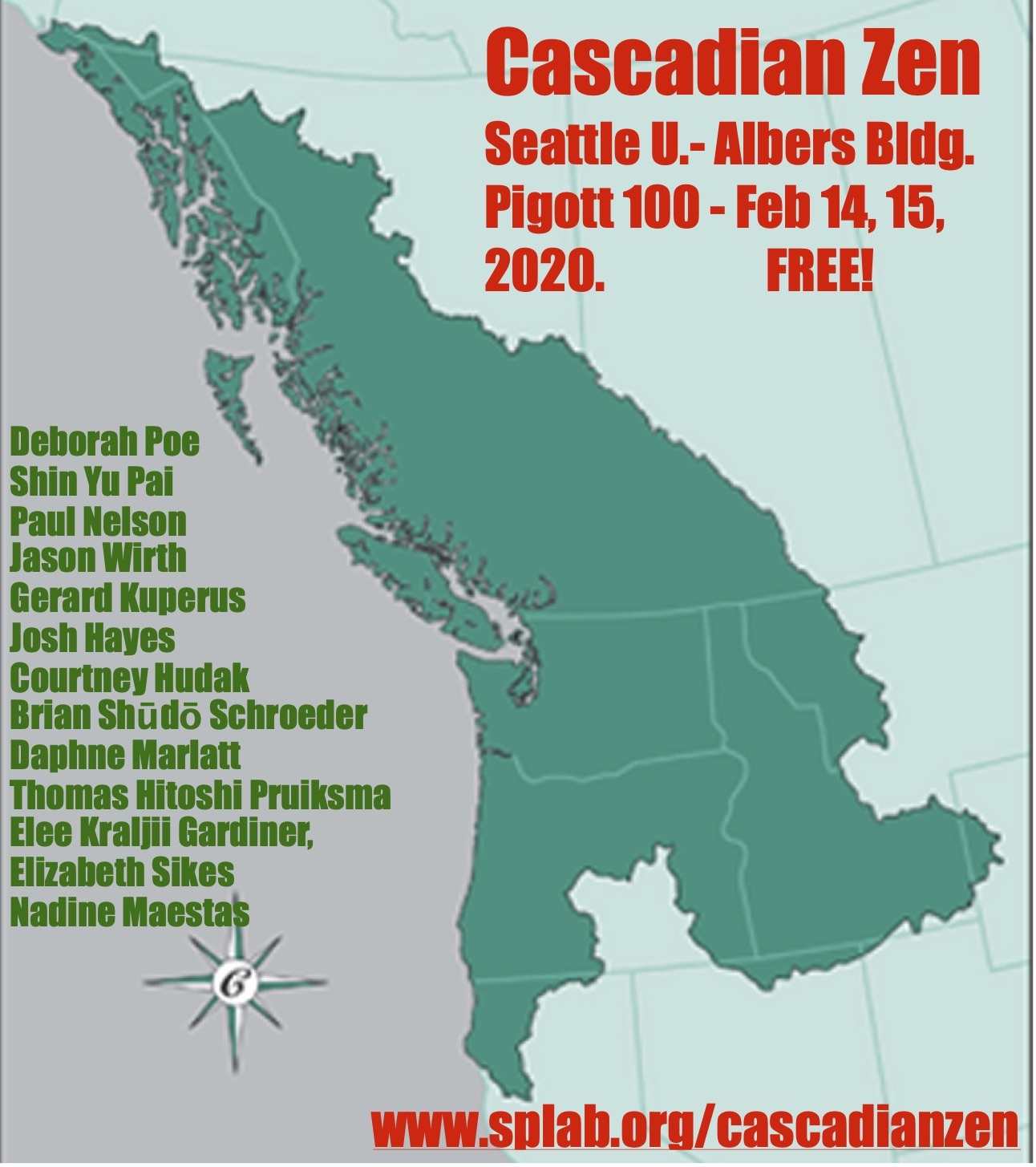 I am delighted to be part of the Cascadian Zen weekend at Seattle U, which I am helping to organize with Shin Yu Pai and Jason Wirth. Shin Yu is the former Poet Laureate of Redmond and Jason is Professor of Philosophy at S.U., and a Soto Zen Priest.

Organized loosely around exploring the relationship between the Cascadian bioregion as it intersects with Zen ideas, practices, and aesthetics, Shin Yu Pai, Jason Wirth and Paul E Nelson are hosting a diverse group of writers who are interested in broadly exploring the question of “What is Cascadian Zen?” through their poetic and/or philosophical writing. 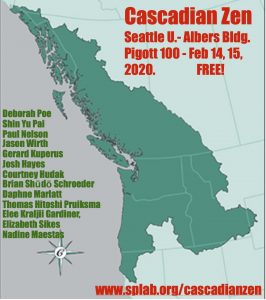 I am going to get a dress rehearsal for my presentation, Monday, February 10, 2020, at Folio, at 1pm, as part of the Folio Poets Society, or Folio PoSo as I like to call it. The member-supported library is at the historic Pike Place Market (the soul of Seattle) with views of Elliott Bay and, on a nice day, the Olympic Mountains.

I have developed a presentation that looks at SPLAB’s 20 year bioregional cultural investigation of Cascadia. It started in 2012, with the first Cascadia Poetry Festival and continues via that fest (happening again May 1-3, 2020, at the Multiverse on San Juan Island; via ongoing interviews (see the 1994-2005 era ones here) and my own poems and literary activism. The Seattle U event will be videotaped and put online before too long.

One last heads-up for now. As to my poetry, my ongoing serial poem re-enacting the history of Cascadia, Pig War& Other Songs of Cascadia, is being expanded. The publisher of my first book A Time Before Slaughter, Apprentice House has agreed to publish a tenth anniversary edition, to be launched at Open Books, April 11. Does this mean the old edition of ATBS is now going to be a collector’s item? Buy some copies now just in case. 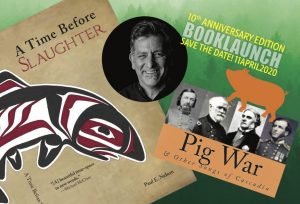