Artists have to train themselves to not link their own self-esteem to outside validation. In THIS culture, the job is much harder because of what the composer Charles Wuorinen said to the New York Times in a 1991 interview:

We have reached the stage, under the impulse of cultural populism, where we are incapable of measuring or acknowledging artistic merit except in terms of commercial success. We don’t distinguish between the committed, passionate audience and the trend-seeking yuppie audience. We just count bodies and measure sales.

So, an artist does the work, hopes that they can pay the rent and “live cheaply in a tasty way” as Nanao Sakaki is said to have uttered. They can only hope their gesture is allowed to go as deep as possible and the depth and beauty of it is recognized eventually. I agree with Clyfford Still who said that “demands for communication are presumptuous and irrelevent.”

So to get this on Wednesday: 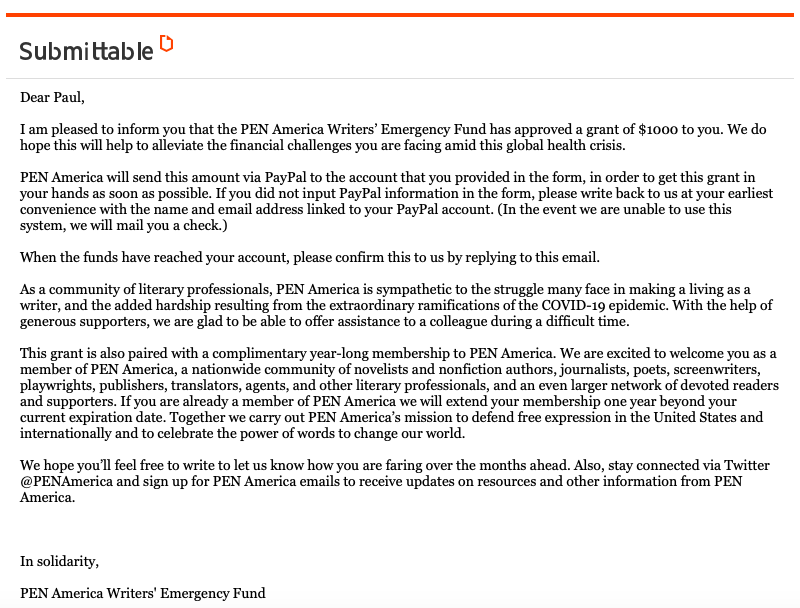 was helpful and validating. Combined with an Artist Trust grant in March, things are not too bad here (for now) despite upcoming Cyberknife radiation treatment for prostate cancer starting June 12.

PEN America (a letter combination I love BTW) has a tagline “The freedom to write.” For me, they’ve helped make it so. In the months ahead I’ll give updates on the specific writing and interview projects (other than POPO and American Sentences) on which I am working, in part, thanks to PEN America. With huge gratitude to them and Artist Trust. 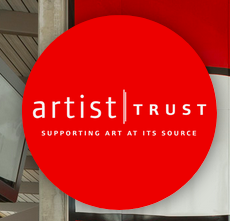