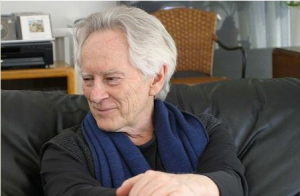 I will never forget meeting Michael McClure, interviewing him in 1995 at the old KZOK-FM studios on Queen Anne Hill, him taking me out for Vietnamese food saying lunch was “on Penguin” (his publisher) and having the poem Dolphin Skull utterly change my life.

I last saw him in December 2019 and he was not doing well, but got the news tonight from Matt Trease that Michael had died: https://datebook.sfchronicle.com/books/michael-mcclure-famed-beat-poet-who-helped-launch-the-sf-renaissance-dead-at-87 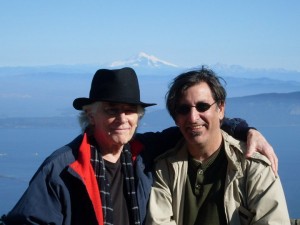 I have written much about McClure and the interview we did in 1995 was seminal for me and included in the book American Prophets: Interviews 1994-2012. Hear the interview here: https://paulenelson.com/2012/10/20/happy-80th-michael-mcclure/

Farewell Rebel Lion. The password to heaven, as you know, is GRAHHR!