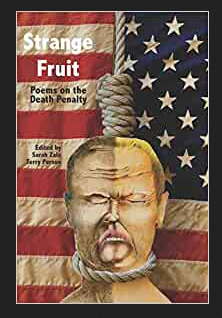 I’m delighted to have work in a new anthology entitled: Strange Fruit: Poems on the Death Penalty. It was edited by Sarah Zale and Terry Persun and seeing that our shelter-in-place restrictions designed to prevent further spread of the COVID-19 novel coronavirus is a sort of re-set for our society (& planet) it is good to revisit horrific practices like capitol punishment.

What had planned to be a reading in Port Townsend, with several contributors to the book, myself included, will now be, you guessed it, a Zoom teleconference affair. Featured readers include: Bill Mawhinney, Norma Bishop, Paul Nelson, Nancy Fowler, Terry Persun, Mark Valentine and Sarah Zale.

Capitol punishment is consistent with Trumpism and we must remove every last vestige of this from our society as soon as is peacefully and humanely possible. Dig the back cover of the new book: 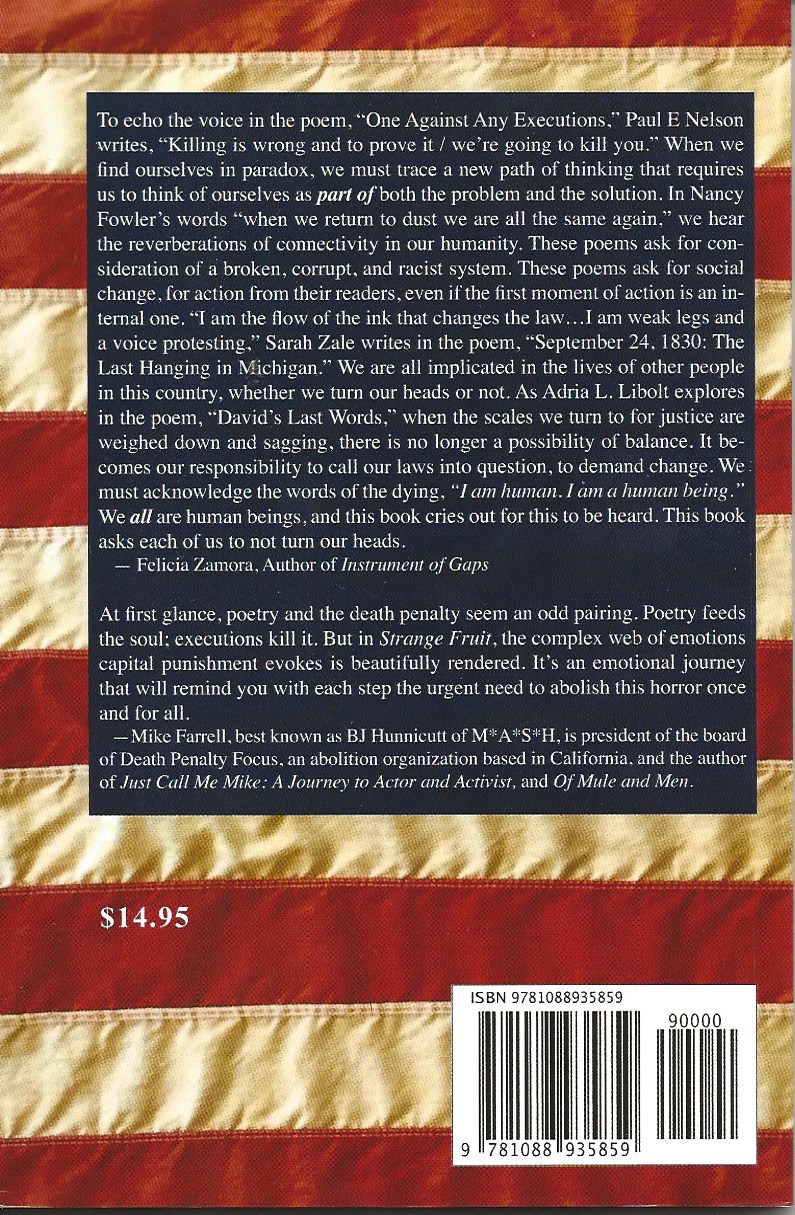 2 Responses to Strange Fruit: Poems on the Death Penalty