A Forest of Names (Ian Boyden)

My good friend Ian Boyden is a brilliant artist who has a new book of poems to be released next month by Wesleyan University Press. FYI: 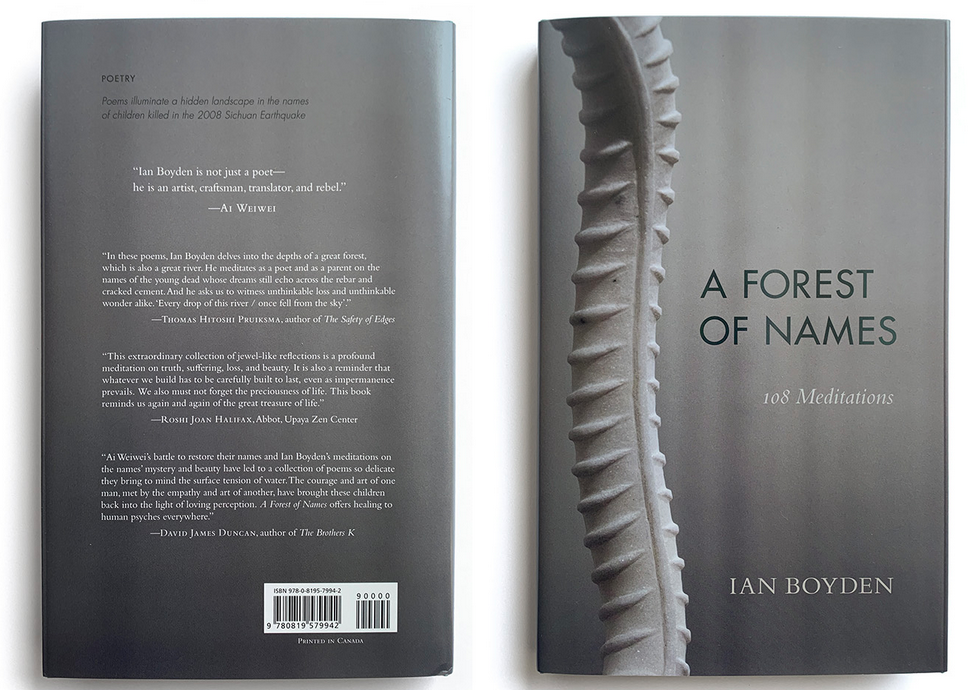 Ian Boyden: A Forest of Names

A Forest of Names:
108 Meditations

A Forest of Names presents a never-before-seen form of poetic translation that is in turns a haunting indictment of political corruption, a healing tribute to people whose names have been erased, and a stunning meditation on how the roots of language suggest a new path forward. When an earthquake in China toppled schools, burying the children inside, the Chinese government brutally prevented parents from learning who died, how many, and why—and forbid revealing the names of the children. Following artist Ai Weiwei’s gathering of their names, at risk to his own safety, poet and artist Ian Boyden provides poetic meditations on them. His image-driven investigations of the etymologies of the names provide a new kind of translation, one that bridges the origins of language and what those origins grow to evoke. This haunting, heart-breaking, and ultimately triumphant book questions what it means to be human in an age where memory is too often treated as a crime, and what happens when language must become unforgettable.

“Ian’s poetry project about the student victims in Sichuan is an ambitious, long-time endeavor. His project demonstrates a deep understanding of the tragic event and the humanitarian loss in a society. The poetry often deals with the intuitive and compelling translations of simple Chinese characters that make up a Chinese name. When a child is born, the family, rich or poor, always bestows all the best wishes, hope, and imagination to this newborn baby through the act of naming. Our names are always carefully chosen, and they reflect the mentality within Chinese culture. The names are often poetically striking. Ian’s writing comes from his deep fascination for cross-cultural practices and profound understanding of Chinese history and literature. I see this work as conceptual as can be. It is a beautiful and persistent effort of a poet’s heart and mind working together, dealing with our tragic reality.”

This extraordinary collection of jewel-like reflections is a profound meditation on truth, suffering, loss, and beauty. It is also a reminder that whatever we build has to be carefully built to last, even as impermanence prevails. We also must not forget the preciousness of life. This book reminds us again and again of the great treasure of life.

Ai Weiwei’s battle to restore their names and Ian Boyden’s meditations on the names’ mystery and beauty have led to a collection of poems so delicate they bring to mind the surface tension of water. The courage and art of one man, met by the empathy and art of another, have brought these children back into the light of loving perception. A Forest of Names offers healing to human psyches everywhere.

—David James Duncan, author of The Brothers K, The River Why, and the forthcoming Sun House

Through his meticulous aesthetic appreciation of the Chinese language, Ian Boyden has revealed relationships between a person’s name, native land, and destiny—laying bare a world with a different language, different water, different soil. And yet, the dreams of all worldly beings are not that different from each other. We sense this especially in the dreams of children, dreams they were not allowed to realize because they were destroyed in a disaster that could have been averted. Ian’s poems in A Forest of Names have made us feel all of this—so incredibly heartbreaking.

—Tsering Woeser, author of Tibet on Fire and Forbidden Memory 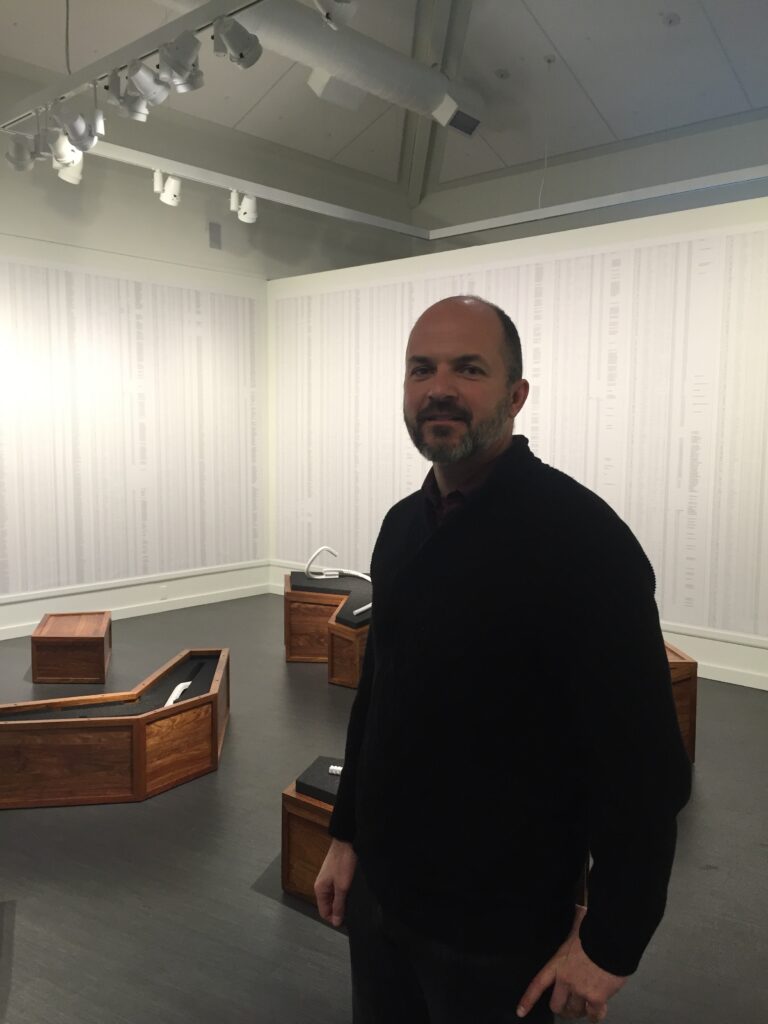 Ian Boyden, back when he was Director San Juan Island Museum of Art

Ian Boyden is a visual artist, translator, and writer. Consistent across his productions are an intense interest in material relevance, place-based thought, and ecology, with a deep awareness of East Asian aesthetics. He studied for several years in China and Japan, and ultimately received degrees in art history from Wesleyan University and YaleUniversity. His work is interdisciplinary, and past collaborations have involved scientists, poets, composers, and visual artists.