Because of Poetry I Have a Really Big House (Review) 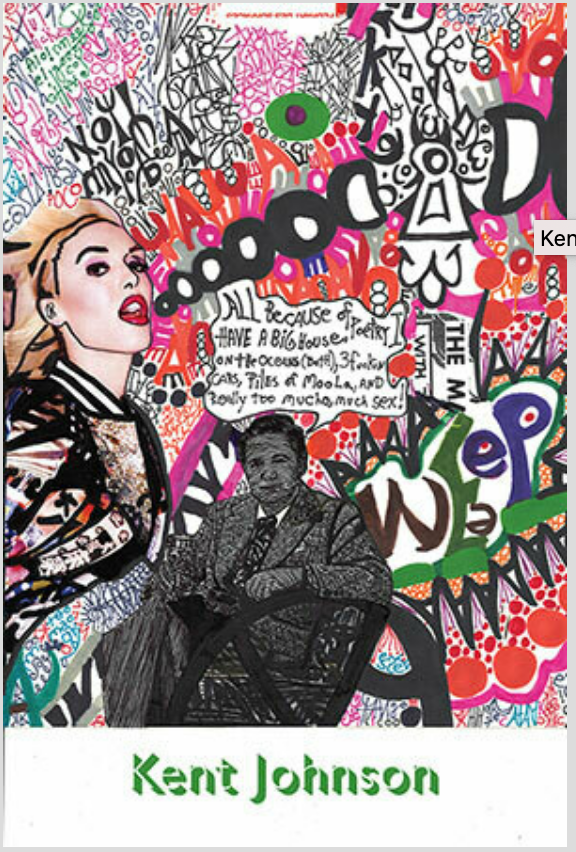 A very astute review of a new book by a poet that MANY poets love to hate has been published. It’s a book by Kent Johnson called Because of Poetry, I Have a Really Big House. The reviewer is Norman Finkelstein and one passage of the review states:

…At this point, a number of my readers are probably wondering why, given Kent Johnson’s reputation and past history, I’m venturing into the quagmire that a review of his work is bound to be. My reason is simple: Johnson is an important writer, and the questions his work raises are not merely sociological but have everything to do with the ways in which readers become conscious (or remain unconscious) of their assumptions about poetry and of their aesthetic values in general… If Johnson himself understands his work as in any way a cure, it is a cure of an extreme sort. (Ezra Pound, who tends to see the arts in terms of hygiene, notes that “satire is surgery, insertions and amputations.”) He seems to prefer the frontal attack, regardless of the mode or form of address in each of his poems. Here’s the beginning of “The Discs of Snow”:

I like the way the flowers grow,
The way rain falls, the discs of snow.
I like the writers in my class,
The way they kiss each other’s ass.
I wish they liked me equally,
Returning, thus, my fealty.
But Satyr’s wage is lonesomeness,
Among the solemn Crotalus.
They coil and fang and hiss away,
At panpipe me, who (just as they!)
Do meekly seek an MFA. (21)

I admit that I laughed out loud when I hit the fourth line, and if that means I have a juvenile sense of humor, so be it…

I was a contributor, in the last year or so, to Johnson’s now retired Dispatches from the Poetry Wars, (co-edited with Michael Boughn) which operated with the notion that poetry wars are GOOD for the art of poetry and, to some degree, I agree with this notion, but prefer to stay out of the fights that Johnson picks routinely, against members of the poetry establishment and poets he sees as “sell-outs.” I love Johnson’s support for Walt Whitman, whose work should not be dismissed because he wrote some racist letters, which are quite unfortunate, I agree. That may make me less of an “anti-racist” (a movement that is trending today) but there may be better ways to address systemic racism and white supremacy, in my view.

And I have stayed in Johnson’s house, while not a mansion, is bigger than any house I have ever lived in. But I mention that to say I have actually gotten to know Kent Johnson a little over the past couple of years and find him kind, intelligent, well-read and his writing wickedly funny. In these times I also find it refreshing that someone lampoons the poetry “positioners” as Amalio Madueño likes to call careerists.

This criticism is at the heart of his poem, late in Because of Poetry, I Have a Really Big House, complete with bits of personal mythology (Johnson spent part of his youth in Uruguay) entitled: “Let Us Now Give Thanks / to the New American Poetry.” The N.A.P. included poetry from members of movements in post-WWII North American poetry such as the Beats, Black Mountain, New York School and others who Johnson calls in this poem:

quasi-Ultra types,
party poopers, some night opine,
not hip at all on cash bars at
MLA-time and like-Academic
decorum…”

eschewed. Because, thankfully
the New Americans showed us
how it’s done–how to fashion
scruffy Autonomous Poetic
Zones against the grain of
career-clubby dispensations: how
to defy capitulation; how to
resist the siren suctions of
the Culture Industry, as Emily
Dickinson more of less urged,
in a poem about slave auctions;
how to refuse being a pawn in the
Rules of the Game…

How to stand for something, in less creative speaking. That may not be “anti-racist” but it is a deeper stance that does include support of all marginalized peoples everywhere as his work in Nicaragua with the Sandinistas would indicate. The fact that his is a deeper stance may take USAmericans another fifty years to realize, but such is the life and work of someone way ahead of the curve.

Do read the review I’ve cited, then read the book. There is no poetry in USAmerica so dedicated to the pure poetic stance in such a wickedly funny way.

Paul Nelson is founder of SPLAB (Seattle Poetics LAB) in Seattle, the Cascadia Poetry Festival and the August POetry POstcard Fest (PoPo). www.POPO.cards. He has published a collection of essays, Organic Poetry & a serial poem re-enacting the history of Auburn, WA, A Time Before Slaughter (shortlisted for a 2010 Genius Award by The Stranger) and American Sentences, a book of 17 syllable poems drawn from the first fourteen of his 20 years of daily practice. The tenth anniversary edition of that book includes Pig War: & Other Songs of Cascadia. He’s interviewed Allen Ginsberg, Michael McClure, Wanda Coleman, Anne Waldman, Sam Hamill, Robin Blaser, Nate Mackey, Eileen Myles, George Bowering, Diane di Prima, Brenda Hillman, George Stanley, Joanne Kyger & many Cascadia poets (see: https://paulenelson.com/americanprophets/) has presented his poetry and poetics in London, Brussels, Bothell, Cumberland, BC, Qinghai and Beijing, China, Lake Forest, Illinois, Ukiah, CA, and other places & writes an American Sentence every day. www.PaulENelson.com
View all posts by Splabman →
This entry was posted in Uncategorized and tagged Because of Poetry, I Have a Really Big House, Kent Johnson. Bookmark the permalink.