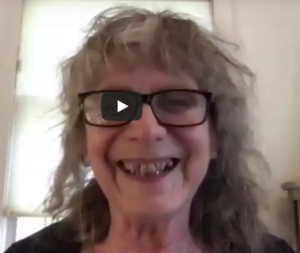 I have fond memories of seeing Priscilla Long read at Red Sky Poetry Theater back in the days I was attending. The “longest, continuously-running open mic on the West Coast (1980-2005) was my weekly workshop, my church, my poetry training ground from 1994-2005 and helped shape me in so many ways. Priscilla was a regular and always feisty, often political and always intelligent. Fast-forward to 2019 and I was invited to be a Writer-in-Residence at the Port Townsend Writers Conference. She was there and has been a pillar of that community. She gave a powerful reading that may have been the highlight of the week there at Fort Worden.

On October 16, 2020, I caught up with her to discuss Holy Magic her new book on MoonPath Press.

Here is how it went: