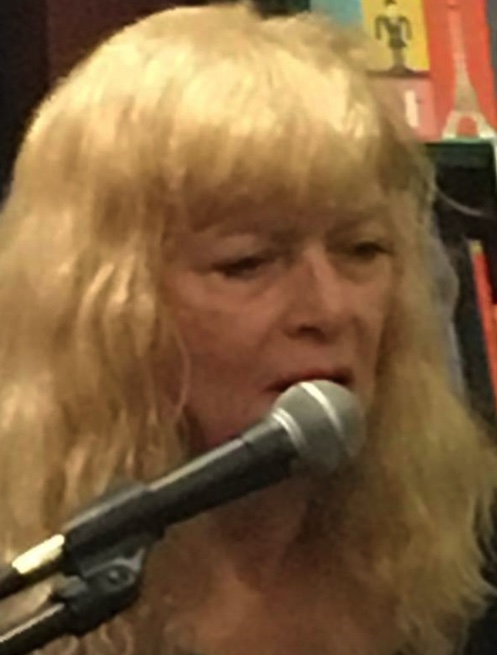 I first learned of Diane di Prima as an actress. She played the part of Lula in the play The Dutchman by Leroi Jones (Amiri Baraka).  It remains the only play or movie I’ve ever wanted to do myself. This was long before I became a poet (but I’ve been called Lulu all my life for my middle name, Lura). The woman in The Dutchman is racist and at the end of the play kills the black man. (I am not a racist nor a murderer; I wanted to play the part in order to dramatize the evil of racism.)

I became acquainted with Diane about 10 years later when we both lived on the coast, she in Marshall about 100 miles south of Mendocino where I lived. We never became friends, but acquaintances, admirers and readers of each’s poetry. In about 1979 she gave a poetry workshop in the Mendocino Hotel, one of the few writing workshops I’ve ever attended.  I was well into writing my first book, the book length poem Hard Country, I wanted to experience her more than I wanted to learn how to write poetry. Such a woman!  Such a woman poet! I’m not a spontaneous poet like some of the best, like Diane herself, but I wrote #10 of “Self,” “The Meaning of No Self, The Hermit Card,” in her workshop (now in my book Psyche Drives The Coast). Through the years after that I ran into her a number of times—on the little back streets of Mendocino, me walking, she coming up behind in her old Cadillac[i] (it seems) with a young boy. I thought maybe she had enrolled her son in Mendocino’s grade school.  I never knew, we never talked, only saw each other, always acknowledging each other. Waving. (I’ve never been able to approach anyone because they are famous.) But of course I was in deep interest and admiration of her, a woman poet!  A radical poet! A lover of the California Coast!  A mother!

I read her book-length poem Loba after I wrote Hard Country. Needless to say I loved it. Loba helped validate what I had written.

I lived in Plainfield Vermont for two years, 1972-1974. There was a male student at Goddard College (of Plainfield) named Sheppard who was doing his senior thesis on the poet Diane di Prima. I well remember the day I saw him leaving the small town for California to interview her. I’ve never known if that Sheppard is the Sheppard Powell who became Diane’s husband (of 42 years!) but I like to think so![ii]

I never turned down her street, Niagara, in the Excelsior but I passed it often, knowing that she and Sheppard lived down it. I was too shy. Last night the poet Ingrid Keir told me on Facebook of two poems of Diane’s that mention me. I remember one that I found a few years ago that confused me.  I couldn’t tell if she was loving me or ridiculing me. But it didn’t really matter. I loved her.

The last time I encountered Diane was of a reading her workshop participants gave in Sweeties Art Bar here in North Beach, San Francisco. Along with her students she read a poem and then asked me to read one of mine. Again, she sort of validated me, a female mother outlaw poet too!

She wrote every day. So do I.

I break, tears forming, writing this.

[i] Her son Rudi Facebooked me: ”no way: a Cadillac!” He was 14-15 .when he attended Mendocino Community School for 2 years, not a young boy as I had remembered. He lived in Compche and Fort Bragg,

[ii][ii] He was the same Sheppard!

My new book of poetry, Naked to the Earth, 348 pages, cloth, $24.95, is now available from Wild Ocean Press, www.wildoceanpress.com.