A Reading of Projective Verse

This post has been edited to include video of the reading of the seminal Charles Olson essay Projective Verse: 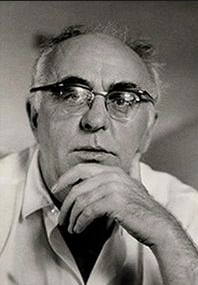 It was October 1995 and I had just finished lunch with Michael McClure, the day I met him. It was after an interview we conducted at the old KZOK-FM studios on Queen Anne Hill to discuss Three Poems and his break-though long poem Dolphin Skull. He wanted Vietnamese spring rolls, “not the fried ones,” and we went to a place on 12th & Jackson. As we looked downhill to Elliott Bay after lunch, we could see the Smith Tower and maybe the Olympic Mountains, and he told me if I liked his poetry, it was probably because of the method, which was “Projective Verse” and that I should read the essay by Charles Olson OUT LOUD because Olson wrote it in a way that emulated Ezra Pound. So, I did. I got the essay, probably from The Poetics of the New American Poetry and took it to KPLU, where (at the time) I was doing a weekly overnight shift.

I brought the book into a production studio and during tunes, read a paragraph or two and over the course of two shifts, I believe it was, I had the recording, which I then listened to over and over until I loaned the cassette to someone and never saw it again. But by then the piece was internalized. Not that I understood everything in it. I still don’t, and it is a life-long study, but I did wonder at the time how to discern the projective from the non-projective, made it (and methods sympathetic to PV, like Robert Duncan and Denise Levertov’s “Organic” and Jack Spicer and Robin Blaser’s “The Practice of Outside“) the basis of my graduate work. (Later I would see how the “impersonal” as related to Gary Snyder’s work was also a similar “stance-toward-poem-making.”)

Charles Olson was born on December 27, 1910 and would be 110 Sunday. Projective Verse was published in 1950 and would be 70 this year. To celebrate, and to leave a lasting legacy for those interested in this stance-toward-poem-making, Chuck Pirtle and I (at his suggestion) will read all of Projective Verse on Sunday, December 27, at 4pm and we hope you’ll “tune in” or watch the video, which I plan to post online and then link to THIS POST. This essay has been life-changing for me and is essential for anyone who wants to have a life of poetry and practice at a depth beyond the superficial, which is mostly what we have in poetry culture on this continent in 2020.

Paul E Nelson is inviting you to a scheduled Zoom meeting.