Michael McClure died one year ago, May 4, 2020 and the last book he wrote will be launched by legendary publisher City Lights May 8, 2021, via Zoom, 3pm. A memorial tribute to Michael with readings happens Sunday, May 9 at 3pm. Info here. An an early review of the book can be found here. Launch info can be found here. From that page: 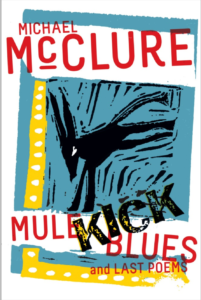 until the end. With Anne Waldman and Eileen Myles and featuring Garrett Caples. Mule Kick Blues is the final book of poems by Beat Generation legend Michael McClure. A powerful collection of new work written during the last years of McClure’s life, Mule Kick Blues was readied for publication before the poet’s death in May 2020. Its opening section gives us a rare view into his thoughts about his own mortality, particularly in the moving sequence “Death Poems.” The book takes its title from an innovative series of homages to blues musicians like Leadbelly and Howlin’ Wolf, and evoking Kerouac’s concept of “blues” poems. Featuring shout-outs to lifelong friends like Philip Whalen, Diane di Prima, and Gary Snyder, the long poem “Fragments of Narcissus,” and the eco-logical and zen-infused themes for which he is known, Mule Kick Blues is a definitive statement by one of the most significant American poets of the last sixty years. Introduction by poet Garrett Caples, McClure’s editor at City Lights. 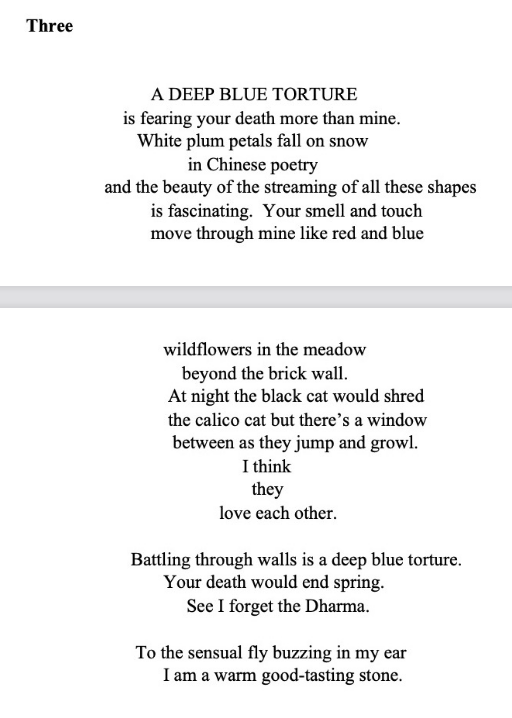 My 1995 interview with Michael McClure was a life-changing event, as I related on his 80th birthday 9 years ago: https://paulenelson.com/2012/10/20/happy-80th-michael-mcclure/

A reading of his epic poem Dolphin Skull was done last year.

And this year’s Poetry Postcard Fest will be a tribute to Michael and Diane di Prima. See: https://www.poetrypostcardfestexhibit.org/ Consider being a part of a festival that was inspired in part by Michael’s practice of spontaneous composition.

The events this weekend promise to be very special ones, certainly for me they will be. I hope to see you there.