I saw this article linked in an article I was reading and then a friend sent it to me, so there was something synchronistic about it right off the bat. “God’s way of remaining anonymous” some wise person said about synchronicity, and it makes you think. I read it, sent the link to Jazz friends and essay-writing friends and what I’ll offer is a few random thoughts, too loose to be an essay, but hopefully sympathetic to the urge to understand— as author Matthew Shipp puts it — “a secret code, passed through an underground way of passage, a language outside the mainstream… an alternative touch—something that does not directly fall within the mainstream’s easily digestible paradigm…”

While we may or may not have some sense of Shipp’s notion of what comprises a mystery school other than the quote offered above, we may know such schools as places where one could be initiated into ancient secrets of ascension, which is a word that would be used by both a mystery school and John Coltrane, who had his mystic impulses.

One interesting thing about one of the main pianists Shipp includes, Thelonious Monk, is that Monk was opened (initiated) into the Subud community which, though not a religion, is an spiritual teaching, (exercise, really) that does require an initiation – a three month waiting period and a vow to surrender to Almighty God, or the Divine Life Force as the hierarchy of life forces Subud gleaned from Islam might put it.) Monk’s dancing around in a circle on the bandstand while his one-time tenor player (John Coltrane soloed) could have been Monk tapping back into the source to derive further inspiration. Or maybe the music brought him to the same place Latihan Kejiwaan (the Subud spiritual practice) took him to. Either way, Monk was initiated into something resembling a mystery school when he was opened in Subud.

While Cecil Tayor does make the cut for Shipp’s list, there is a related story that a longtime Subud member tells about preparing entertainment for an occasion honoring Bapak (Subud’s founder.) Latifah Taormina, once a member of the San Francisco improv group The Committee, tells of a proposed act that she did not feel was in the spirit of the occasion. When she inquired about whether to include the act, she was told that “Bapak does not want to watch anyone’s purification.” Is this what Cecil Taylor was tapping into to when he played? Were we asked to witness his purification? Is it anger that is coming out, or something from a deeper part of his self? It’s a question all artists could ask more often of our own work and inspirations.

In Subud purification can happen via Latihan, via Ramadan (another nod to its roots in the founder’s Islamic background) or other fasting methods. Who hasn’t had the experience of a performance that left us drained after? (In a bad way.) There is a line that divides real culture from entertainment or downright energetic vampirism but how does one begin to tune themselves to the frequencies that are, let’s call them more noble? We’ve had that experience from art too; a performance, a painting, that inspires us. Maybe we even create something in response to it, or, as a poet, it moves us to write something, do something with that energy.

I am convinced mystery schools exist in poetry and I believe I have tapped into one in North America that would include Walt Whitman, William Carlos Williams, H.D., Ezra Pound, Lorine Niedecker, Charles Olson, Denise Levertov, Robert Duncan, Jack Spicer, Michael McClure, Robin Blaser, Joanne Kyger, Diane di Prima, George Stanley, Gary Snyder, Philip Whalen, George Bowering, José Kozer, Daphne Marlatt, Wanda Coleman, Sharon Thesen, Barry McKinnon, Nate Mackey and others. There are many descriptions of the stance-toward-poem-making (poetics) we’re after here, among them Projective, Organic, The Practice of Outside, Impersonal Verse, Experimental Lyric Poetry and Open, Exploratory Form among them. “The received poem” is another common phrase which dovetails well with Subud practice, as the process of doing short Latihans to get an intuitive hit on a particular question is part and parcel of the Subud experience. “What did you receive?”

Take one poet from that long list, Michael McClure. Maybe a bit more accessible than, say, Charles Olson, fully appreciating McClure’s work does require a bit of a commitment, and it does have a substrate in ancient teachings like Hua-yen Buddhism and the Soto Zen of Dōgen. Here is a random poem from his book: Touching the Edge: Dharma Devotions from the Hummingbird Sangha:

To one who has been initiated into meditation and has established a practice, the “real life” in McClure’s world, that is the source he’s engaging in meditation. Habitual thoughts and patterns drop away as one is connected to something deeper and more knowing than the self. The way he holds his hands during this practice in his thinking is akin to a safe harbor in this world of random mass shootings, extrajudicial executions, viral pandemics and a global climate emergency. One can never be completely certain, McClure notes, that it (this) is “all provisional providing EVERY POSSIBILITY” and it all exists in a interdependent co-origination which has no proportion. His own self has unlimited possibility as it is likened here to blank paper, but so we don’t take this too seriously, it is also like a cartoon. Maybe Wile E Coyote can put away the Acme products and get some lunch. 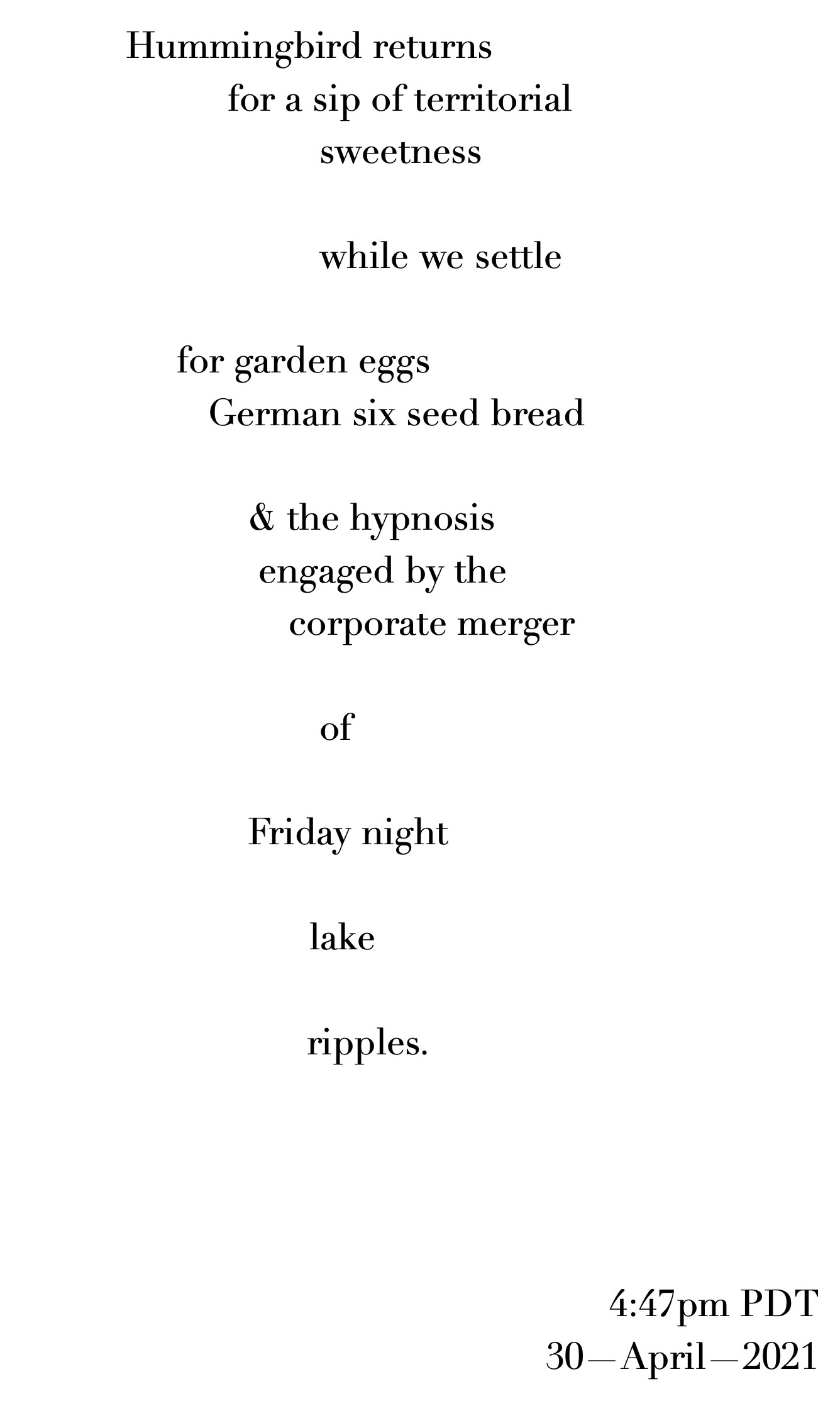