How to Resist Occupying Forces

In the U.S. Federal Government shutdown, created by the power a relatively small group of Congressmen have on one of the two main political parties in the U.S., has parallels to other occupying forces in world history that are remarkable. That the people are occupied against their will, resources are extracted, human rights suffer and that violence is a structural part of the system, are all facets of every occupation the world has seen. And they usually end with the occupied people taking the war to the occupiers. Algerians in France, Palestinians to Israel and Chechens to Russia. You can see why the Occupy Wall Street and related demonstrations were so prescient. We need to re-occupy these institutions and take the power away from casino capitalists. We need to teach young people that being the next Jeff Bezos is something to pity, not strive for. That lust for billions is a sickness.

David Sirota, writing on Salon.com suggests that the Teahadists, this small minority of fundamentalist American occupiers has already won their current battle and he argues that secession from the U.S. has already happened. Yet their agenda of no health care, massive military spending, infrastructure decay, de-funding education and environmental decline and easy access to guns, corporate subsidies and empire holds firm even though the majority of inhabitants opposes this.

As non-violent people, we can take lessons from the work of Gandhi, Martin Luther King Jr. and the youngest-ever Nobel Peace Prize nominee, Malala Yousafzai. Only 14 years old when she was shot in the head by Taliban militants in 2012 as punishment for her high profile campaign to encourage girls to go to school, she did not win the award, but she may have a few more chances given her age. Her story is remarkable and watching a segment from her recent interview with Jon Stewart, I was struck by how the average U.S. fundamentalist racist watching, would they ever watch such a segment, would have their heads (and their epistemic closure) exploded by the sheer force of this woman speaking of opposing terrorists with non-violence, dialog and education. The clip is here:

So, I am not suggesting that we strap IED’s to our bodies and go to malls in those lily-white districts that elect Congressmen who continue to occupy this country against the majority’s will. But, as I have said before, boycotting those areas, supporting credible (reasonable) opponents in elections and refusing to buy products created in the districts supporting the American Taliban are methods that can bring the game to their suburban enclaves.

In addition, I continue my own resistance to the imperialists by being a poet in this culture, organizing poetry events, basing my decisions on bioregions as possible and not nation states and practicing the most open form possible, the serial poem. And there would be a poem in the series Haibun de la Serna, a series of 99 neo-barroco sonnets, that would allude to the occupy movement and resistance in general, as well as the Runes and other subjects: 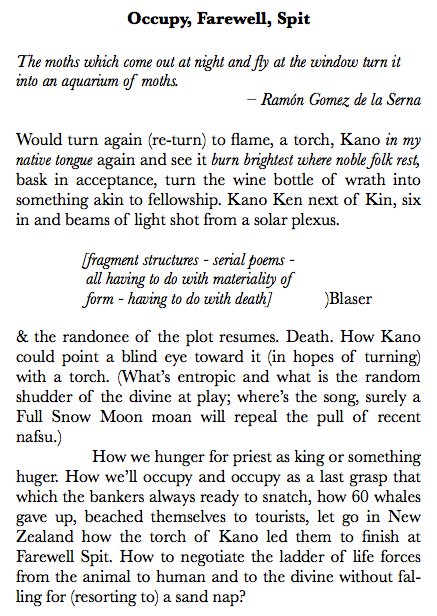 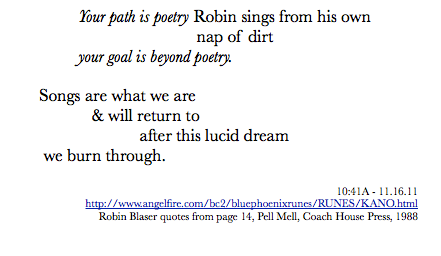 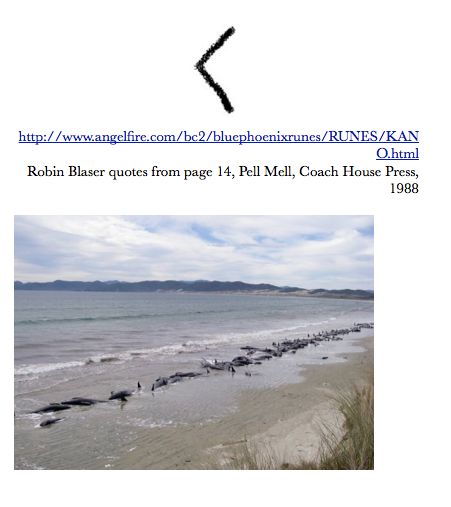