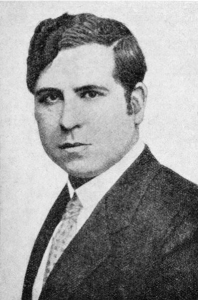 I was introduced to the writing of Ramon Gomez de la Serna by Pablo Baler, a friend of Jose Kozer, around 2009 or so and purchased a copy of his short poems Greguerias (Aphorisms), to which Baler compared my American Sentences. Fascinated by the images, humor and imagination, I set off on a project that would incorporate my interest in the neo-barroco style of writing (new baroque) in the manner of Kozer, Jose Lezama Lima and others. Amalio Madueno soon got wind of my project, felt the writing was strong and wanted to publish a chapbook of the first 15 or so of the poems written in a modern haibun form. Madueno is one of the closest readers of my work and wrote a preface to the chapbook, which I am pasting in below.

I’ll keep this page as a home page for the poems, many of which I am publishing here. I’m also including sound files through Soundcloud for many of the works. Some of these poems are also part of the Pig War & Other Songs of Cascadia project, another manuscript in process. As always, comments are welcome:

In this innovative series of poems Paul Nelson has combined contemporary neo-barrocco poetic style inspired by José Kozer and Ramon Gomez de la Serna with a 17th century Japanese form eternalized by the poet Bashō, the most well-known early writer of the haibun tradition. Mixed with a soupçon of Ginsberg’s “American Sentences” format and a profound grounding in Olson’s Projective Verse poetics, the poems of Haibun de la Serna demonstrate an innovative combination of contemporary poetic styles and established poetic genres.

The poems, to quote the well-known Cuban poet José Kozer, “…have a density which is not excessive & . .. bring forth intelligibility; there is a sense of flow and [I feel] the hand moving on the paper, the ink flowing naturally. . . As if it all flowed easy, which I know is not so, but felt as easy, going along, just flowing. Good modernity…”

Good modernity, indeed. Nelson’s previous book of poems, A Time Before Slaughter, demonstrated this modernity in his ability to energize language in a focused look at the history and current affairs of the Puget Sound region.

Nelson is inspired to this series of poems by the poems of Ramón Gómez de la Serna (1889-1963). De la Serna was known for “Greguerías” aphorisms that correspond to Ginsberg’s American Sentences and traditional one-liners of comedy. Spain’s chief exponent of avant-garde writing in the early 20th century, de la Serna established a famously influential literary tertulia at the centre of Madrid and produced some of the most original works in Spanish of the twentieth century — the existential-surrealist novel El hombre perdido [The Lost Man] (1947) and his extraordinary neo-baroque autobiography Automoribundia (Automoribund) [1948].

Allen Ginsberg created this form, to provide a uniquely American version of the Japanese haiku. Nelson has taken this form as a daily practice, writing one every day since January 1, 2011, and using it as a way to hone his own perception and spirituality. It is one way he’s kept a journal of events in his life and the world while he sharpens his ability to capture a “snapshot of the moment” in a concise way.

Seventeen syllable sentences owe as much to the Buddhist side of the Beat movement as well as to de la Serna’s own program. Like de la Serna, Nelson aims to divest himself of conventional consciousness so as to adopt a unique way of being in a society dominated by an industry-generated-culture. More than a rejection of that culture, it is among the first steps in “nation-building”. Creating alternatives to large, out-dated centralized bureaucratic governments intent on perpetuating war consciousness with torture, endless violent occupations and attacks on the commons. Nelson sees them as Anarcho-leftist/bioregionalist/mammal patriotism chiseled out seventeen syllables at a time.

The poems of Haibun de la Serna are grounded in uniquely 20th century poetics with roots in the Black Mountain School, Projective Verse and whose sources include W.C. Williams, Charles Olson, Joanne Kyger, Robert Duncan, Robin Blaser, Denise Levertov, Nathaniel Mackey and Michael McClure. Nelson is a proponent of the Organic approach to poetry and Open Form poetics. In concurrence with Ezra Pound, Nelson is convinced that it is the artist’s job to be the antennae of the race in and to “prevent a culture from repeating the same dull round over again in the words of William Blake.” Nelson espouses a “whole-systems, organismic, or process view of reality which values intuition as much as rationality, and does not consider any element of a system irrelevant.”

In his 2006 essay, Crafting the Organic, Nelson discusses Canadian poetry’s influence on Open Formpoetics, and by extension, the poetry in this volume. Discussing the influence of British Columbia’s George Bowering on Open Form poetics Nelson states: “. . . poets of the Open Form tradition became known, including Charles Olson and Robert Creeley . . . [through] their focus on Beat and Black Mountain literature, helping Vancouver to become a world nexus comparable to San Francisco for this stance-toward-poem-making as evidenced by the legendary 1963 Vancouver Poetry Conference. Bowering … has demonstrated a knack for using the strategies of the Open to maintain the poem as high energy construct. . . In his book of essays on poetics. . . known as Craft Slices, Bowering states: “I do not compose poetry to show you what I have seen, but rather because I have seen. That is, this poet’s job is not to tell you what it is like, but to make a poem…So the test of a poem is not in how it adheres to your experience (though that can be a pleasure too) but in how it coheres as something made. This is not to say that you can squash together any old thing and declare yourself pleased…the point is that you are adding something to the world, something that was not there before. If you have any good feelings about the world, you will want to add something that will not diminish it in quality.” (Craft Slices 6).

In sum you will encounter in these pages something that was not there in the world before and that will add to it in quality. I am pleased Ranchos Press can present this new addition to American poetry.