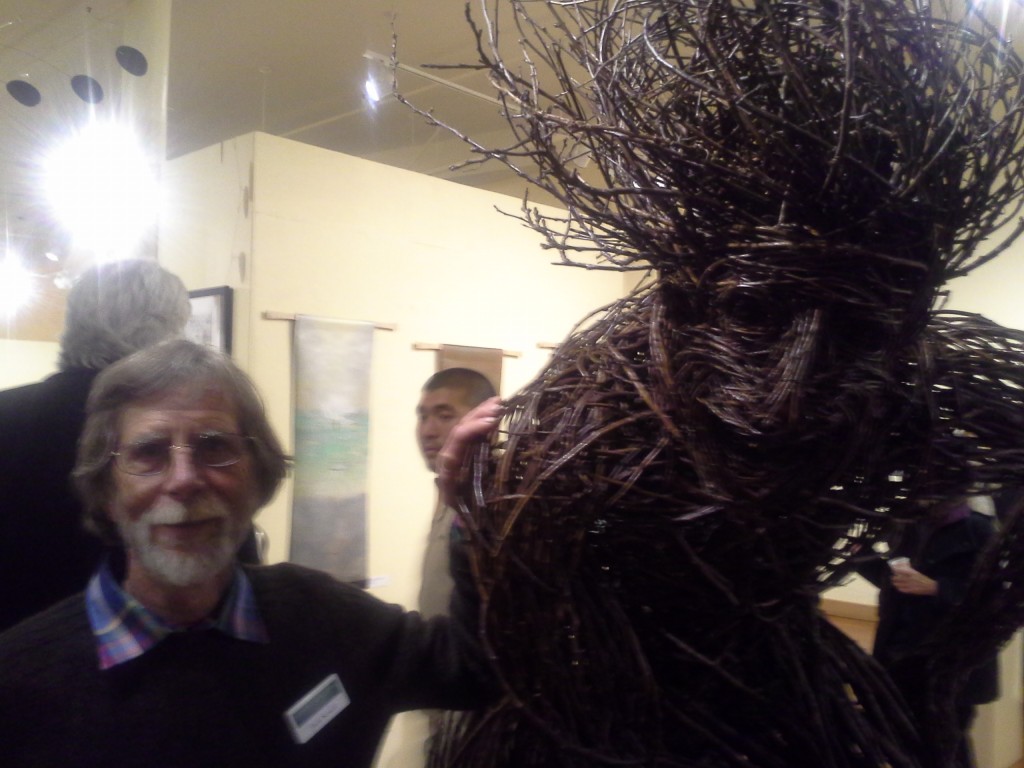 Jack Sewell (Not a Self-Portrait)

I am just back from the best and most intensive writing retreat/ residency of my life and a quick trip to L.A. to visit José Kozer (& his wife Guada), see Amalio Madueño, meet Pablo Baler (& some of his Cal State U at L.A. colleagues), Néstos Díaz de Villegas, Mike Sonksen, Peter Woods, Andrea Quaid and other very warm, dedicated and interesting poets and educators. I left Seattle on October 30 and got the chance to have my first sit down with the head of the Cascadia Institute and the “Father of Cascadia,” David McCloskey. 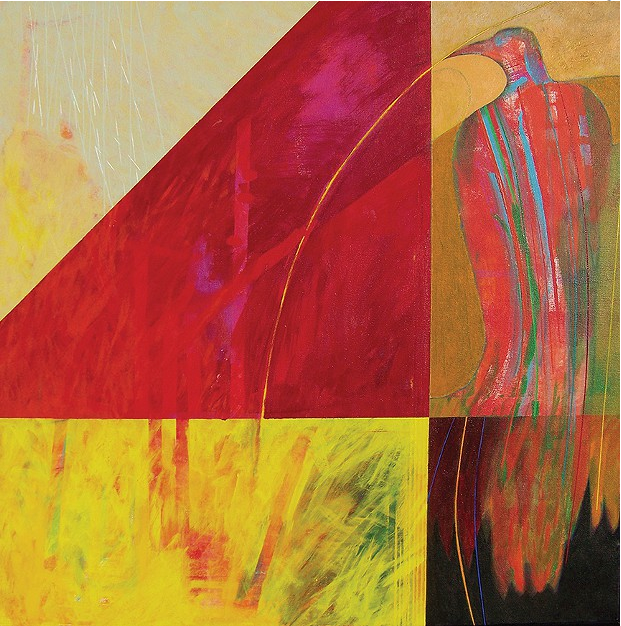 I left the next day for Arcata and my lodging was arranged by Hailmah Collingwood, who set me up with two other Subud people, Stephan and Rashidah Solat. That my residency was delayed two days did not phase them and their hospitality was greatly appreciated. The delay also allowed me to spend time with Sanderson Morgan, an artist and former Humboldt State University professor, and attend the Arts Alive gallery night in Eureka. That event was really wonderful. There were great crowds to see some incredible art, there was a Dia de los Muertos-themed parade and a party atmosphere. Photographs taken from forest fired were incredibly unique. Jack Sewell’s gallery was hopping. My favorite work was at the Piante Gallery’s exhibition of three local (& Native) artists: Brian Tripp, Leatrice Mikkelson and Frank LaPena.

The residency was delayed due to complications to a medical procedure Robert had, but finally began at 2:30pm on November 3. I managed to find the gate to the secluded and, really, mythic spot that Morris Graves created over the last 35 years of his life. (As I have done before, I am going to link the Seattle Times article Sheila Farr wrote in 2001, soon after Graves’ death. She gets the facts right and gives you a sense of what it is like there. I suspect it has not changed much since 2001.)

Desirée Yarber was at the gate at the appointed time and asked me where my flannel was, as I was wearing my trademark hat and wool overcoat. I was happy to tell her I had flannel underneath and display it, and soon we were at the studio, right on The Lake. I could not believe it. There are not a lot of people who have seen this place. I would later describe it in a poem as Cascadia’s Giverny without the tourists. And you can thank Morris Graves and Robert and Desirée Yarber for that. Robert and Desirée Yarber run the Morris Graves Foundation and, as the above article suggests, the Foundation exists to give select artists, writers and musicians an experience of the depth solitude can bring. My eyes got wet at the site of the Lake and at the realization that this experience, indeed, was going to happen. I did not cry when she confiscated my cellphone, part of the agreement and, to be honest, I was happy not to be responsible for every buzz, beep and ringring that I am used to hearing and feeling throughout a typical day. I also would have been tempted to take photos which is against the rules of the residency. 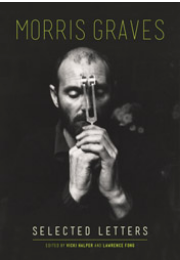 Desirée went over the ground rules: No contact with the outside world, aside from letters or cards I could send in the mail. No phone, email, nada. I would have to keep the fire going in the studio wood stove and she showed me how to get maximum warmth out of it. All the firewood I would ever need was just outside the studio, with more ten feet away next to the main house, where Morris Graves lived the last three-plus decades of his life and where he died in 2001. I was responsible for my breakfast and lunch each day, and there was a CD player in the studio, but the radio button was taped shut and a note to respect the intention of the retreat. I had access to the house, to his library, but was asked not to remove material from the house with the exception of a book or two, which I cleared with her. & I was loaned (& later bought) a copy of the Selected Letters, edited by Graves friend Vicki Halper and Lawrence Fong of the University of Oregon’s Schnitzer Museum of Art, which has a good deal of Graves work and ephemera. I’ll likely be writing about this book within the next few weeks. It is a remarkable collection and the editing of it first rate. It was a huge source of inspiration for my residency.

I got the fire going, started a walk around the Lake and headed up the Grandfather Trees Trail. It’s a pretty good elevation and, at one point, looks down upon the Lake. There are three benches on the way and the last is at a grove of 15-20 GIGANTIC trees that I was told are 800 years old! I walked back down the trail and around the Lake and back to my studio, my home for the next nine days. The next morning, my routine would be set:

1) Wake up and fix the fire
2) Journal dreams (They made an exception for my use of a Mac, as I compose and journal on it)
3) Prayers/Divination
4) Yoga
5) Breakfast (often a potato/veggie stir fry or hash with turkey bacon and two fried eggs)
6) Read Selected Letters or some other book until inspiration hit
7) Write a poem…

I am going to stop here and report that my goals included finishing the manuscript for Pig War & Other Songs of Cascadia and Haibun de la Serna. I also was going to go over all the audio from the interview with David McCloskey on Cascadia during the nine days. I was even growing a “playoff beard” in the spirit of an NHL player. My “playoffs” were to finish Pig War, meaning get at least 140 pages, to match the total of my first published book of poems, A Time Before Slaughter. & I had decided not long after beginning Haibun de la Serna that I would write 99 and be done with that. I had finished 93 before heading to Loleta.

The rest of my day:

I would also listen to music, either from the cds I brought, or on my Mac. I would hit the hay around 9 or 10, wake usually at 5:30 and start the whole thing over the next day. I am not going to share much of what I wrote here, as there is a LOT of each project online already. But I WILL start reading these poems out here in the next few weeks. I’ll have more on my stay on this blog in the next few weeks. Questions and comments are welcome. For those interested in applying for a residency, you have to love the life of a hermit, the solitude, the lack of machines and you have to be able to cook and tend a fire. I can’t begin to tell you how grateful I am for having this experience and my thanks go to Robert and Desirée Yarber, to my wife Meredith who took our daughter Ella to Minnesota for two weeks while I was away, to Sam Hamill and Jarret Middleton, who must have written wonderful reference letters for me and to everyone who has helped along the way with the Pig War poems and the haibun.