Today, the next segment of the 100 poems written using each poem in the classic Japanese poetry anthology (Ogura Hyakunin Isshu (小倉百人一首)) as a prompt. These were also written at a short retreat at the Marblemount cabin of Gerry Cook and Hannah Sullivan about one year ago. At least part of the inspiration was directly from walks of the Witt Winter Garden with Jim Demetre (chronicled here and here). My recent (at that time) residency at The Lake, the final home of Morris Graves also came to mind in the moment of composition, as did the notion of how suicide affected him, as it has my own family. 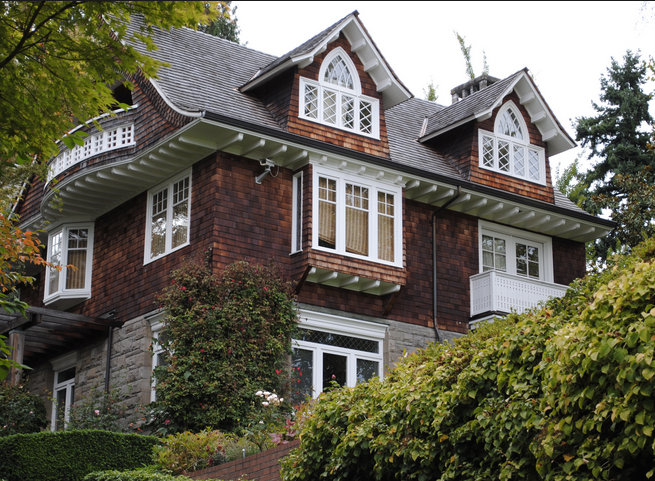 I often drive by the spot where Kurt Cobain’s body was found after an apparent suicide on Lake Washington Blvd, so this is a subject that deeply affects me.

I am preparing a “chapbook” of these poems using the best of 2015 technology and drop me a line if you are interested in purchasing a copy. So grateful to Gerry and Hannah and how they arranged a huge snowstorm, once I was settled in there, to inspire the poems written at their beautiful cabin. 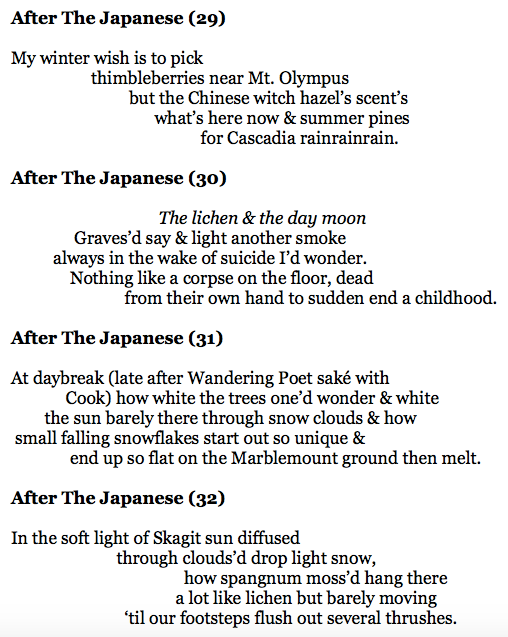