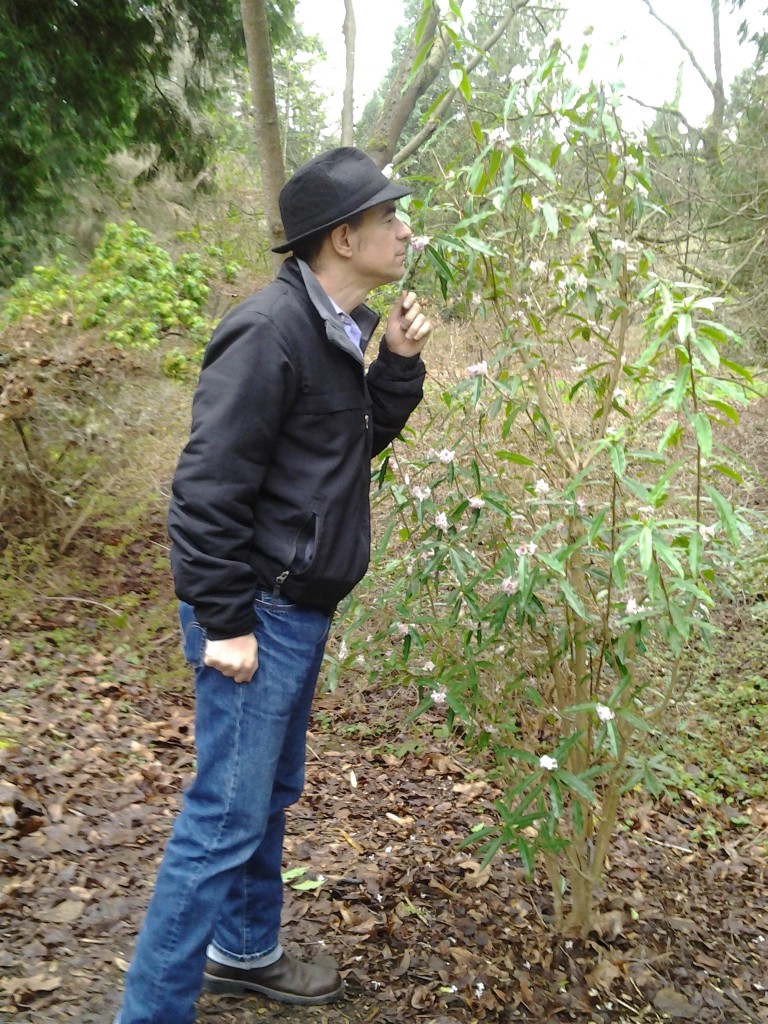 A second and, hopefully, shorter post about my walk with Jim Demetre at Washington Park Arboretum. What a place this is and late winter is one of the most inspiring times to go, giving those who have survived a long winter the hope that the groundhog is wrong and there won’t be 40 more days of rain.

Jim showed me the Daphne, Helleborus Orientalis, and more Witch Hazel, and we saw one Anna’s Hummingbird and a Townsend’s Warbler. My smart phone’s camera could not get the birds, but here are some of the pictures and here is the sound of my interviewing Jim about the plants we were seeing. Part 1 (11:06) 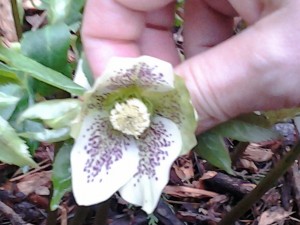 In part two of this segment, Jim talked about the Vine Maple, Sword Ferns, Winter Jasmine, the Blood Twig Dogwood and the difference between the Pacific Dogwoods that I came to love in Auburn in mid-spring when they would burst into bloom. He also had me smell what he considered his favorite late winter scent in the garden, the Wintersweet or Chimananthus Praecox. Part 2 (19:03) 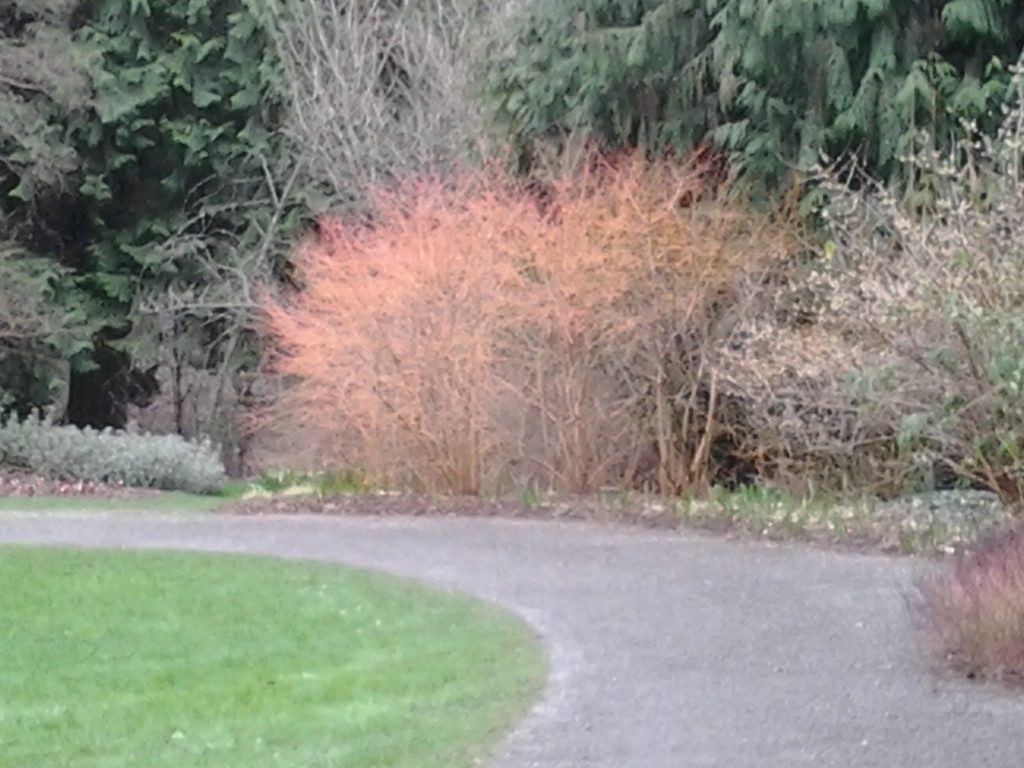 Blood Twig Dogwood, which Jim likened (from a distance) to an “orange haze.” 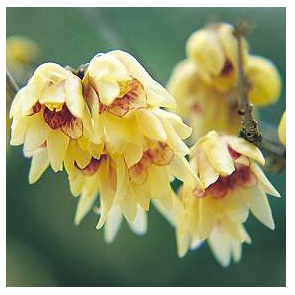 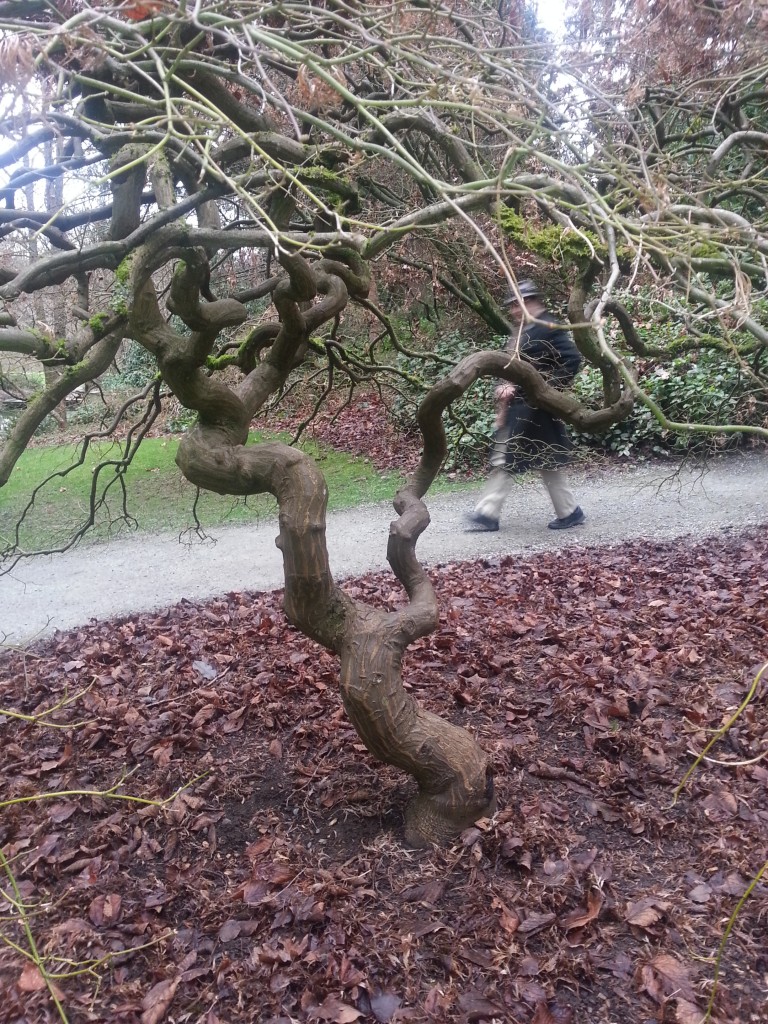 Jim talks about the Japanese vine maple (click on image)

Camperdown Elm: “the weeping sport has been grafted onto the standard.” – Jim Demetre 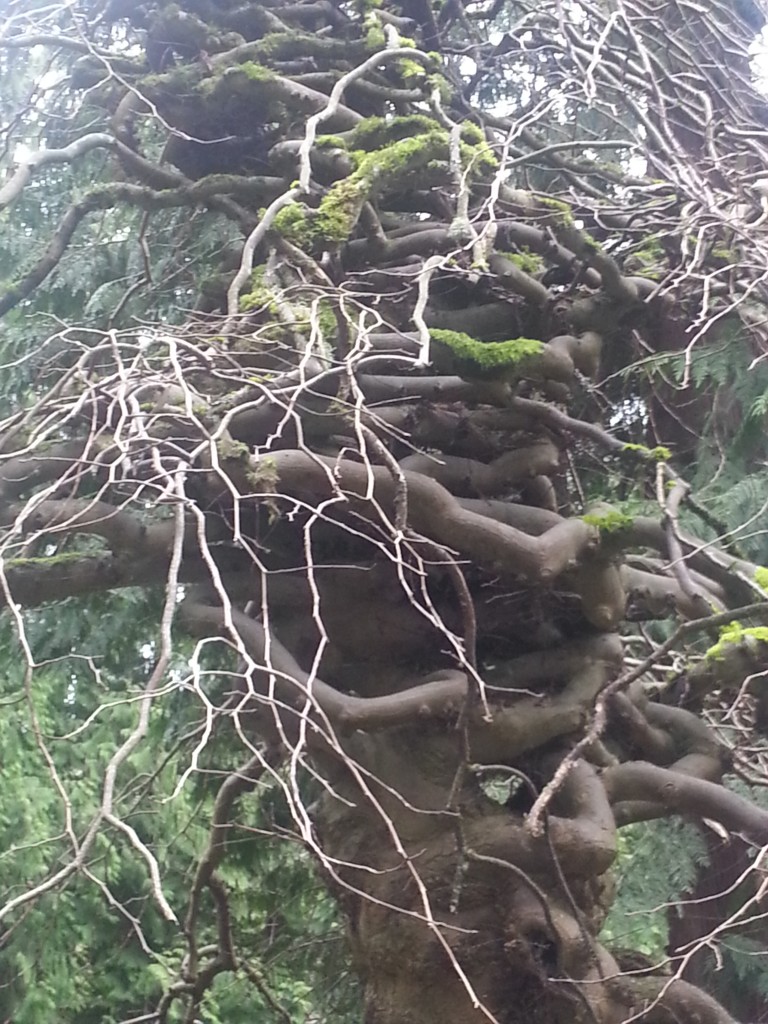 1 Response to More Walking the Arboretum with Jim Demetre