It’s the odd experience successfully translated into language that often makes a good American Sentence. A long walk can yield a sentence or two, but having the daily practice helps with perception in general. After all, the creator of this 17 syllable poem form (Allen Ginsberg) DID say: “Poets are people who notice what they notice.” You sit down, you want to allow someone the experience of showing you photos on an I-pad. What does a cat think?

1) The I-pad’s edge would ease my endless itching.
2) I have a right to scratch myself on it anytime I want.

Well, get in the middle of that and you’re attacking something almost as pernicious as white privilege and that’s FELINE PRIVILEGE. And this was a WHITE CAT! And attacks are often repelled, or at least there is the attempt to repel them. And American Sentences about cats, as I have reported recently, are a whole genre of poems unto themselves. Still, the sub-fur line twitch of this moment was a sentence-worthy experience from this past week. 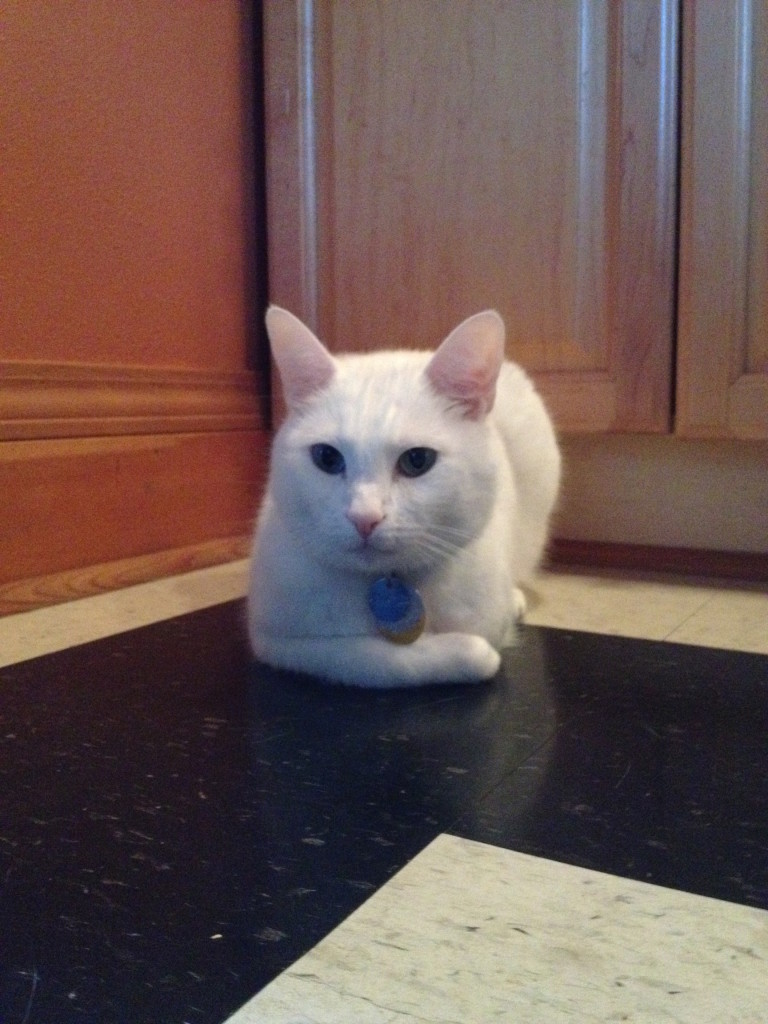 In THIS corner, Ananda

(All haibun in this series here: https://paulenelson.com/hillman-city-haibun/)