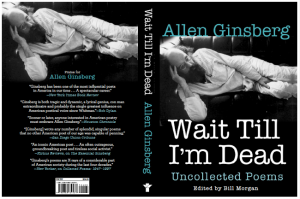 An East Coast Jewish Democratic Socialist is running for President of the U.S. and it would make sense that there is a connection with Allen Ginsberg, who died in 1997 and who I interviewed in 1994. A poem AG wrote for Bernie Sanders has been found, too late to appear in the latest book of poems from Ginsberg Wait Till I’m Dead, a title which comes from one of his American Sentences. An excerpt from the Ginsberg Project blog:

Many of the poems collected in this volume were scribbled in letters or sent off to obscure publications and unjustly forgotten. Tracing the chronology of his life, Wait Till I’m Dead  follows Ginsberg from his high school days and earliest political satire to his activism, spiritual maturation, and on-the-road experiences world-wide. The collection concludes with his personal thoughts on mortality as he watched his friends, and himself, grow old.

And the poem just found is entitled Burlington Snow: 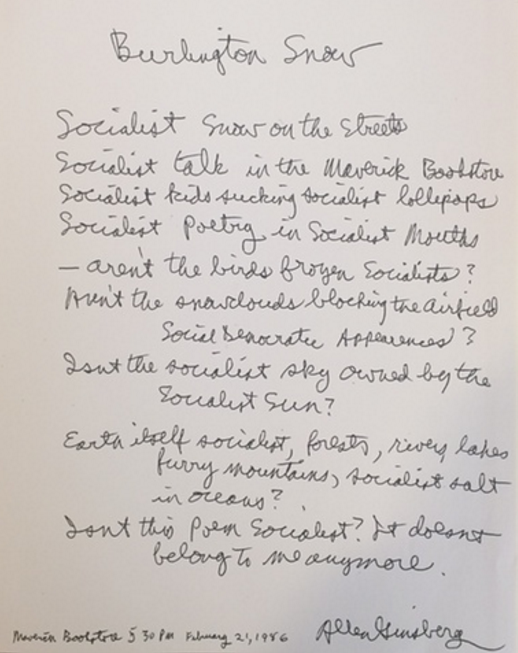 There are two good articles on the discovery:

And an article on Bernie Sanders walking out on a Ginsberg reading is also worth reading, especially for this passage quoting AG’s long time collaborator Steven Taylor:

Taylor said that on one visit to Burlington, Sanders introduced Ginsberg at the start of a reading-performance for which Taylor was on stage with his guitar. “What happened was we gave a show in some big municipal building…and Bernie got up and introduced Allen.” Sanders, he said, sat down in the front row. “Bernie was proud to present Allen. And Allen was then in the habit, if he had a new poem, he’d try it out on people…and he had a very graphic poem about anal sex. He had this kind of dirty streak, and he liked to talk dirty in public. It was partly gay activism and it was also something he did.”

The poem was called, “What You Up To?” and it appears in the final edition of Ginsberg’s “Collected Poems.” Sanders, Taylor said, “stood up” from his seat as Ginsberg read, “turned and walked out. You know I thought (at the time), ‘What a nightmare for a politician.’ I thought, ‘Oh, God, he’s a socialist. Already he’s got problems. But now he’s got Allen up here reading about anal sex.’ It was not a good thing for Allen to do. He should not have done it. He should have been more careful, but he got excited. He got excited when he performed, and he was a great performer…” 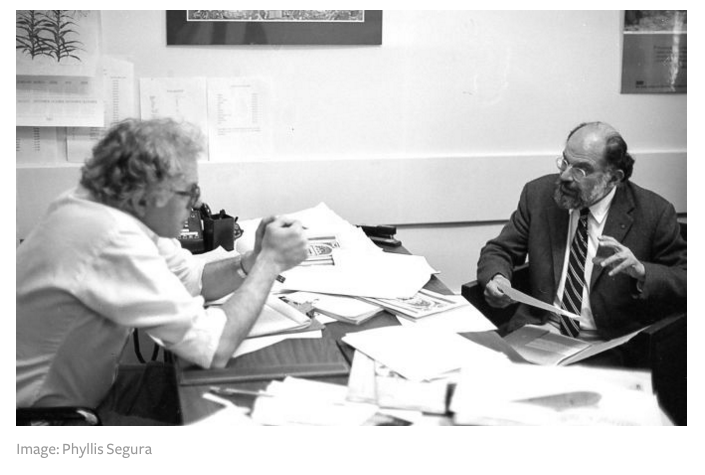 It only took nine years for us to wait until Ginsberg was dead, but we get more poems and the legend expands, as it tends to do for poets ahead of their time.