Only in Seattle would you get a headline like that. & it was a typical Tuesday (except for one small fact celebrated here), so I woke up and looked at my phone to see if there was any urgent business from overnight and, seeing none, saw an email reminding me that I had an appointment to talk to the Rainier Valley Rotary this morning! Ai Yi Yi! A 7:30 start time and an 8am talk! 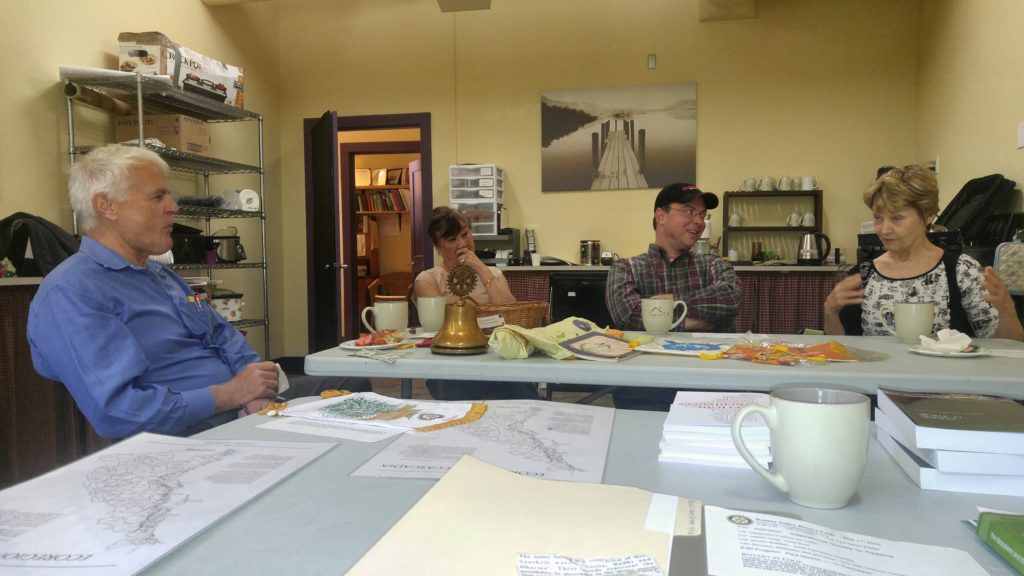 Fortunately I had already prepared my talk (minutes after getting the invite) and had set aside many show and tell items and just needed to get cleaned up, dressed up and postpone my daily ritual of journaling, prayers, divination and yoga until later. It turns out that the Rainier Valley Rotary, a small group I’d spoken to before, was getting smaller turnouts for these VERY EARLY meetings, but there we were, on a clear Wednesday morning. And in a Swedenborgian Church! Ethan McCardell is the Pastor of the Light for Life Church and this is a bit about the Emanuel Swedenborg:

Born Emanuel Swedberg on 29 January 1688;[2] died 29 March 1772) was a Swedish scientist, philosopher, theologian, revelator, and mystic… During the 1730s, Swedenborg undertook many studies of anatomy and physiology. He had the first anticipation, as far as known, of the neuron concept.[23] It was not until a century later that science recognized the full significance of the nerve cell. He also had prescient ideas about the cerebral cortex, the hierarchical organization of the nervous system, the localization of the cerebrospinal fluid, the functions of the pituitary gland, the perivascular spaces, the foramen of Magendie, the idea of somatotopic organization, and the association of frontal brain regions with the intellect. In some cases his conclusions have been experimentally verified in modern times.

And the program for the day: 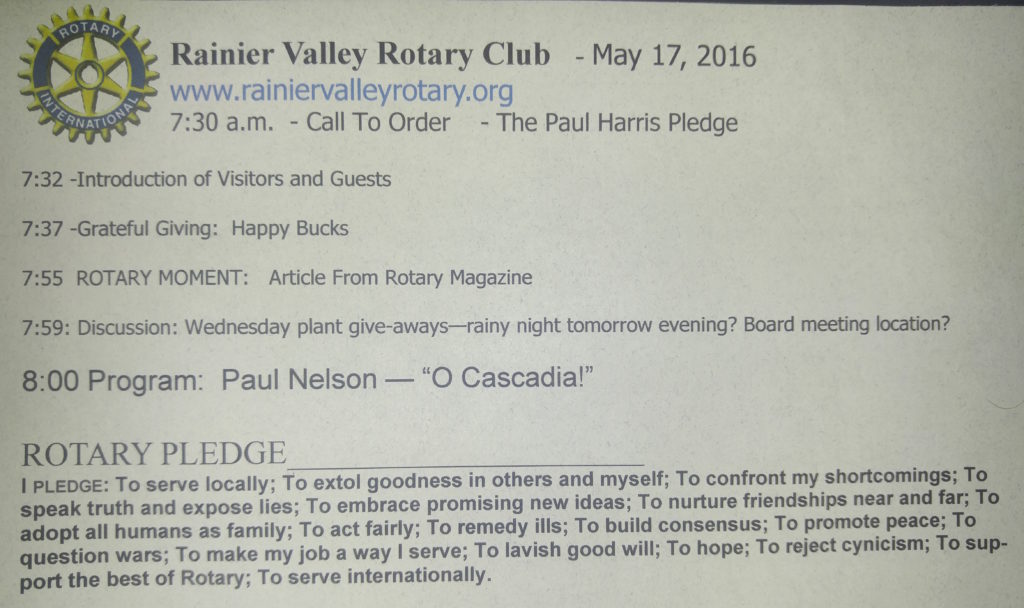 What is a bioregion and why is it important? We live in one of the most lush, ecologically-diverse and culturally-aware bioregions in the world, Cascadia. Its very name comes out of the land because of the dynamic here, water cascading down from above. The founder of the Cascadia Poetry Festival (the first iteration of which happened in 2012 in Columbia City) discusses the bioregion, the role of arts in a rapidly-gentrifying city and the next iteration of the festival happening in November. 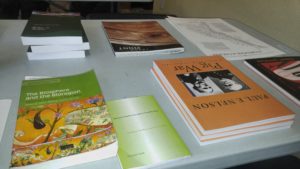 Suffice it to say that I landed in a service-oriented group meeting in a space partial to esoteric spirituality, my talk was well-received. Thanks to Jayne Dehaan for the invite and to the attendees for the inspiring morning.