In Search of Color Everywhere 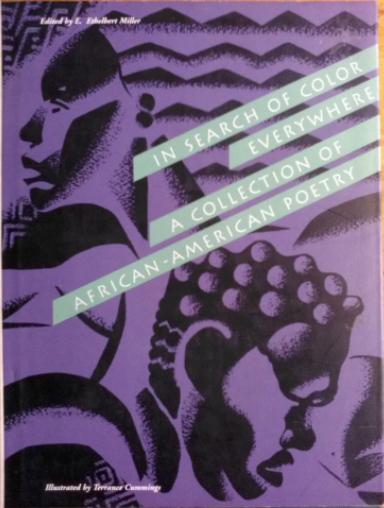 My planned 12N presentation for World Poetry Day was In Search of Color Everywhere and other African-American poetry. This title comes from an anthology edited by Ethelbert Miller. I had the honor of interviewing Ethelbert in 1994, when he was touring to promote this book and we’ve been friends ever since, with him being poetry mentor to me.

I read “Goodhousekeeping #17 (kitchen fable)” by Safiya Henderson-Holmes and Quincy Troupe’s “A Poem for Magic” (Magic Johnson) from the anthology and Wanda Coleman’s American Sonnet #12 after Robert Duncan.

Karla Esquivel caught me in the act: 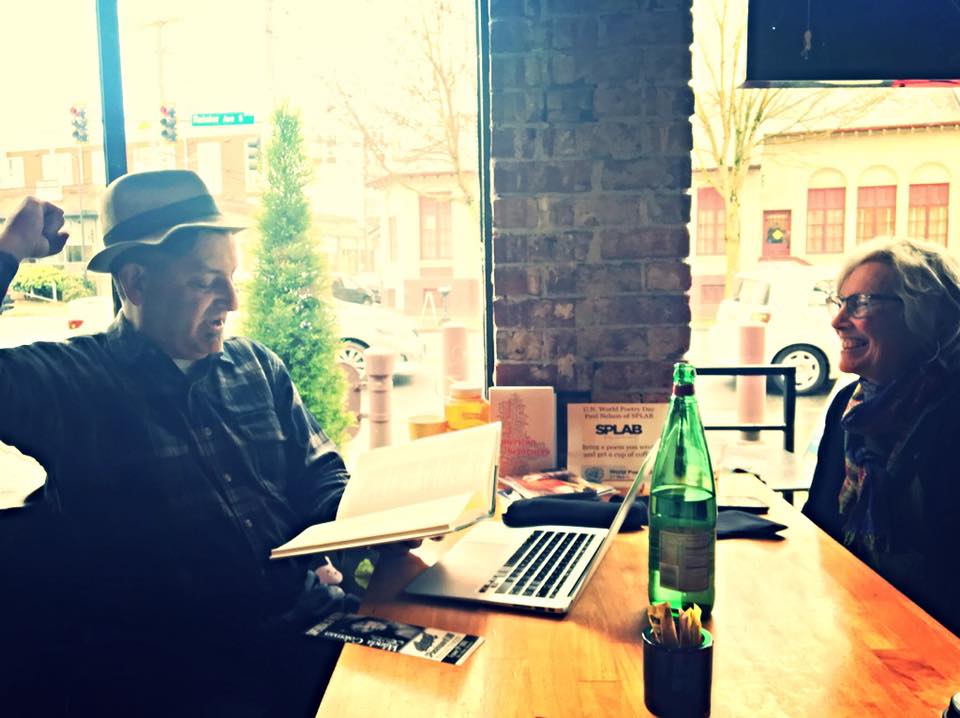 Several people have taken advantage of the free coffee deal, including Joe Patnode, who shared his graphic/overheard poem: 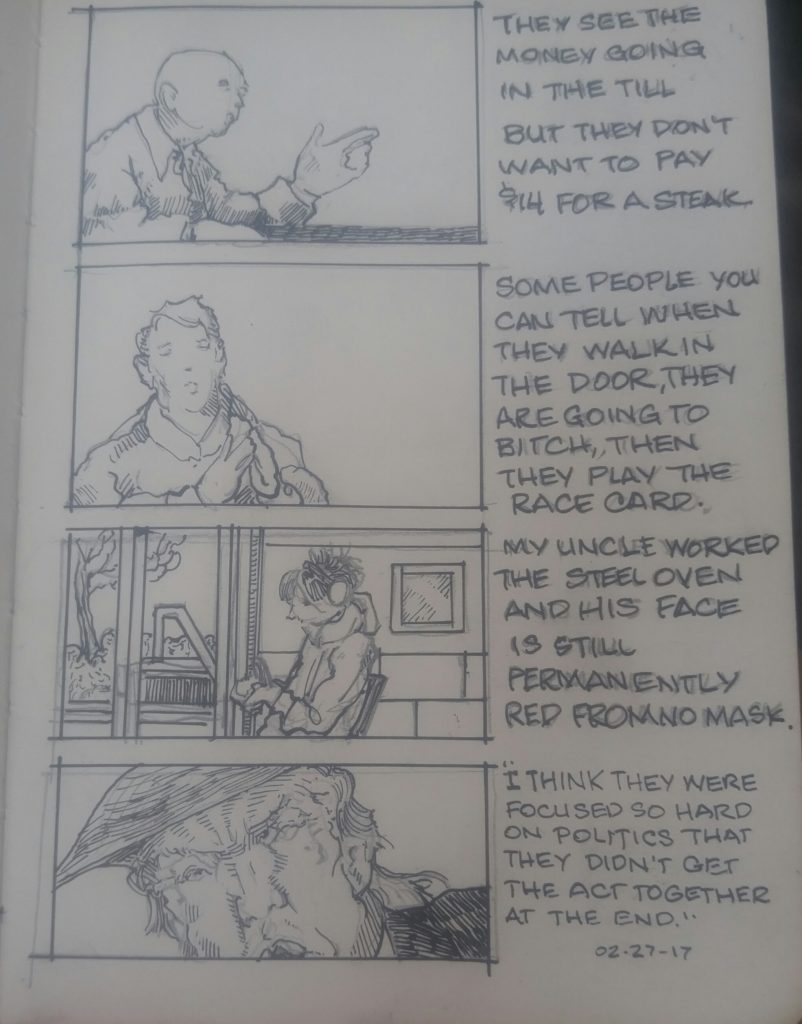