Did you know March 21 is World Poetry Day? Yeah, UNESCO, the cultural arm of the United Nations decided that in 1999. Julius Meinl, a European coffee-roasting company upped the ante a few years ago by offering a cup to any customer who goes into a participating café and hands over one of their own poems. Surely there was someone in Seattle doing this, no? The coffee center of the U.S? When I go other places, Eugene, Oregon and Fanny Bay, BC, recently, they hear I am from Seattle and get intimidated to make me coffee. (It usually works out.) So I figured I’d give my local café a try and to my astonishment, they said yes! Yes to offering a cup of coffee to people who bring in a poem they wrote and yes to me being in there ALL DAY drinking coffee, talking about poetry and offering short workshops. 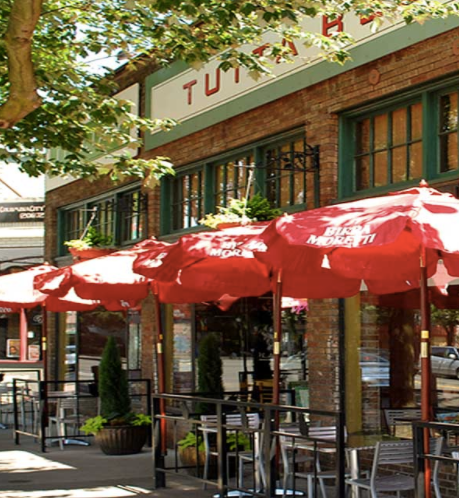 The place is Caffé Umbria, 4918 Rainier Avenue S, in Seattle, part of Tutta Bella. So, I’ll start at 8am and offer the following schedule of poetry talk and workshops:

8am – Short Forms, including American Sentences and Cinquains among other examples.

9am – World Poetry, including selections from Poems for the Millennium and poets such as the Cuban-born neobarroco poet José Kozer.

10am – How to write Postcard Poetry, including the August Poetry Postcard Fest and the recent #IdesofTrump postcard protest.

11am – Seriality in poetry (& painting), with mentions of Robert Duncan, Daphne Marlatt, Michael McClure, Claude Monet, Jasper Johns and his own A Time Before Slaughter.

12N – In Search of Color Everywhere and other African-American poetry: Nate Mackey, Colleen McElroy and Wanda Coleman. Some audio snippets from interviews may be played.

1pm – Exquisite Corpses and other collaborations.

2pm – Paul will end with selections from Pig War & Other Songs of Cascadia and discuss his 20 year Cascadia bioregional cultural investigation.

Poets of all levels of experience are invited to come in, deliver an original poem in exchange for a drip coffee and enjoy Paul’s hourly presentations, each of which will start at the top of each hour and go for 10-30 minutes.