After writing about being accepted by The Mud Proposal (see: https://paulenelson.com/2020/01/01/the-mud-proposal/)

I came across my cover letter for the Mud Proposal:

I am in year seven of a twenty year bioregional cultural investigation of Cascadia. (See attached maps.) There are several components: 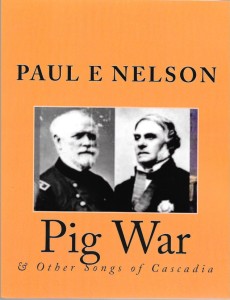 1) A serial poem re-enacting the history of Cascadia. It started with A Time Before Slaughter and has continued into Pig War & Other Songs of Cascadia. See:

2) Interviews with poets, indigenous people and whole-systems activists. See: www.AmericanProphets.org although my interview project pre-dates the bioregional one and, as such, is not all bioregion-specific. 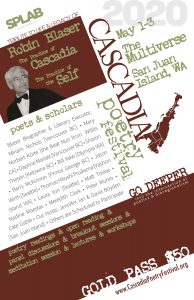 I see bioregionalism as being a branch of eco-poetics. See: https://medium.com/age-of-awareness/bioregionalism-4e15f314327 for a good primer.

Cascadia looks more to Asian and Asian wisdom traditions than to Europe, has a deeper connection to indigenous thought and culture, though indigenous people have been treated in horrific ways in Cascadia and Spanish is the dominant second language after English. In addition, the connection to the natural world is stronger here than in most other bioregions in North America and perhaps the Western world.

Looking forward to your response with gratitude and admiration for your project.

2 Responses to The MUD Proposal proposal