I met Diane di Prima when we brought her to the old SPLAB in Auburn in November 1999. I will never forget that her workshop was happening on a morning when the annual Veterans Day celebration happened in downtown Auburn and tanks were literally parked outside the building at 14 S. Division. The local school district forbade her from speaking to students at Auburn High because of her tell-all biography and so Annie Wright was more than happy to host her. And Sunday, she died at 88. See:

Beat poet Diane di Prima died today after long illness at 86.  She was born in Brooklyn, a second-generation American of Italian descent. She went to Swarthmore, then Greenwich Village, and joined Timothy Leary’s community in upstate New York, made a lifetime move to San Francisco. She published more than 40 books, including This Kind of Bird Flies Backwards, Revolutionary Poems, and the semi-autobiographical Memoirs of a Beatnik. READ MORE.

I think the real reason the Auburn School District did not want her speaking to their students is because she advocated for a fiercely divine feminine and that was a no-no in Auburn in the 20th Century and likely still in the 21st. (I’ll never forget the high school teacher who stopped me in mid-poem when I was reading the opening to Loba. She was more comfortable with letting her students do book reports on Dr. Seuss!) I was honored by her blurb for my first book, A Time Before Slaughter and also honored to be able to interview her: 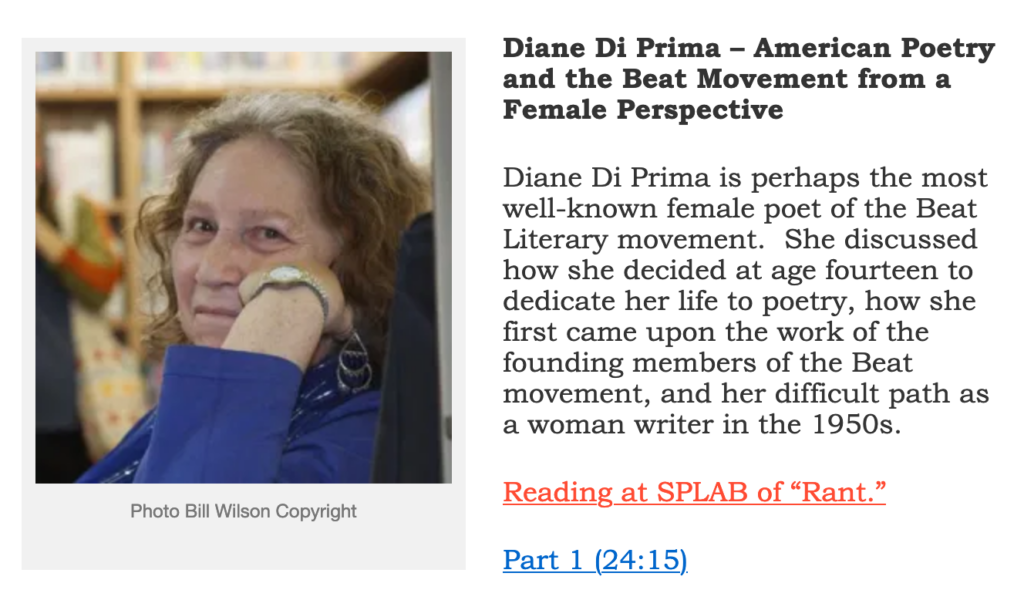 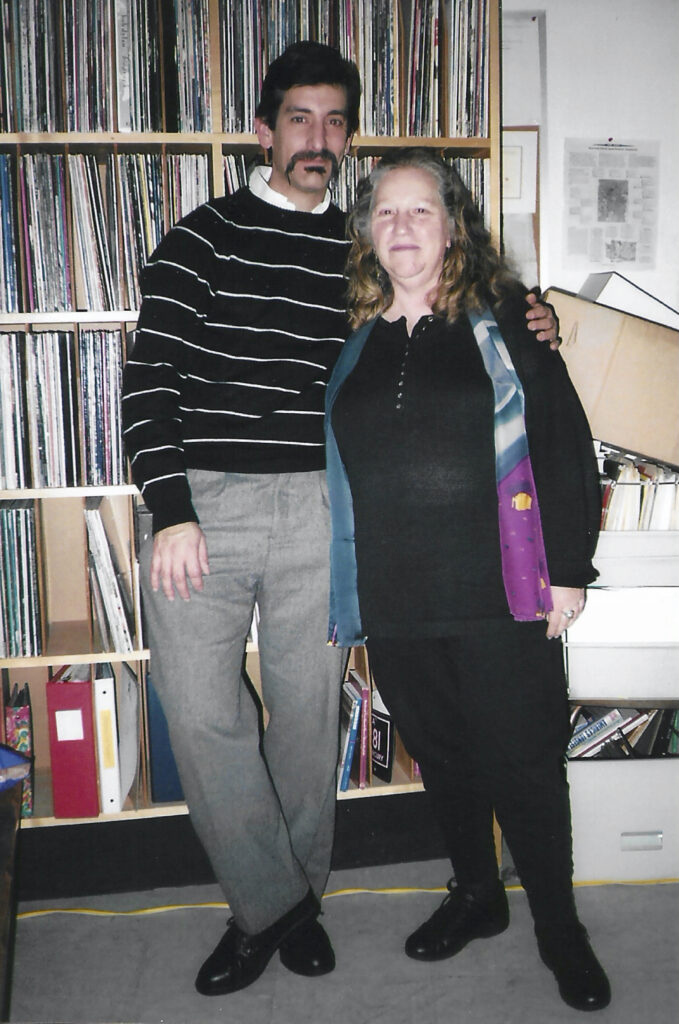