I am going to post this today though I am going to release it as a “page” or doc in Week Two of my current workshops series A Sequence of Energies. There is still room in this workshop, Sunday nights in April from 4-6pm PDT. https://py.pl/1xZpuK

I will have more to say about this method, but for now will let it stand on its own:

“I am a mammal patriot.”
— Michael McClure

The projective writing method needs only a start, something with energy and meaning to the poet writing to prompt a launch back into that state of consciousness where the energy of the muse is palpable and leads to a successful projective/organic poem. A successful experiment in consciousness allowing one to be “the first reader of the poem.” in the words of George Bowering.

Poet Michael McClure appears to have first used a “grafting” technique in the 1995 book Three Poems and specifically in the poem “Dolphin Skull” which I have written about before. McClure recognized the power in this poem, as he grafted from it again and again. (Could it be because of the power of one’s memories of youth and the Personal Mythology that implies?) In the “Dolphin Skull”afterword, McClure said:

“Portrait of the Moment,” the second section, begins with the twelfth stanza of the first section, repeats it, and then continues without interruption to very consciously and spontaneously explore that single moment for as long as it unscrolls in sensory images. Consciousness melted my travels through Kenya and Tanzania, when watching eagles, lions and baboons, in with the primal stuff of infancy, youth, manhood, and the present—all in one moment. I now see that all moments are one and the same moment.

He grafted again in 1999’s “Crisis Blossom” from the book Rain Mirror. First, the section of “Dolphin Skull”: 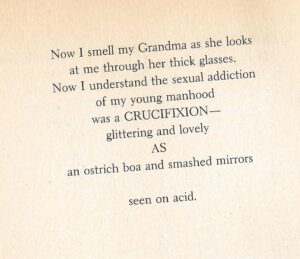 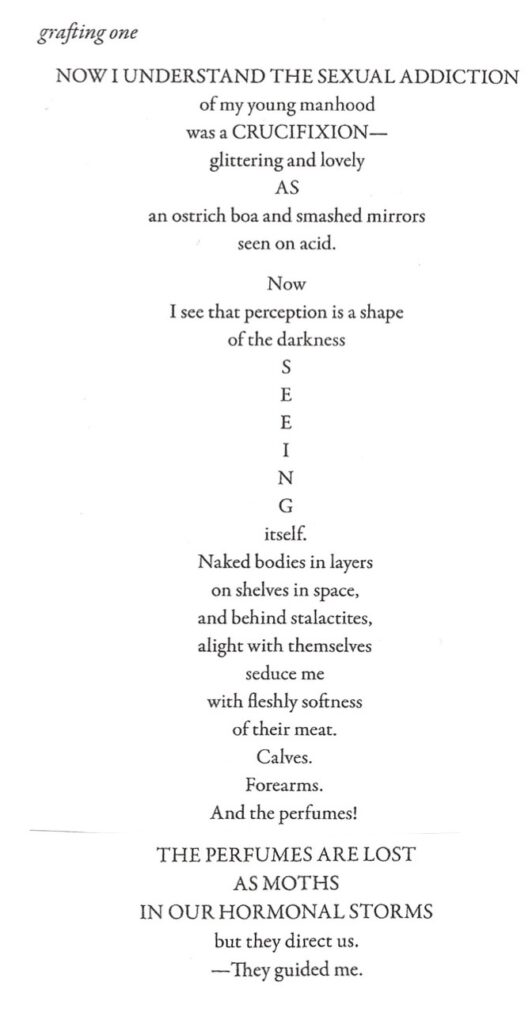 Then again in 2010’s Mysteriosos and the poem “Dear Being”: 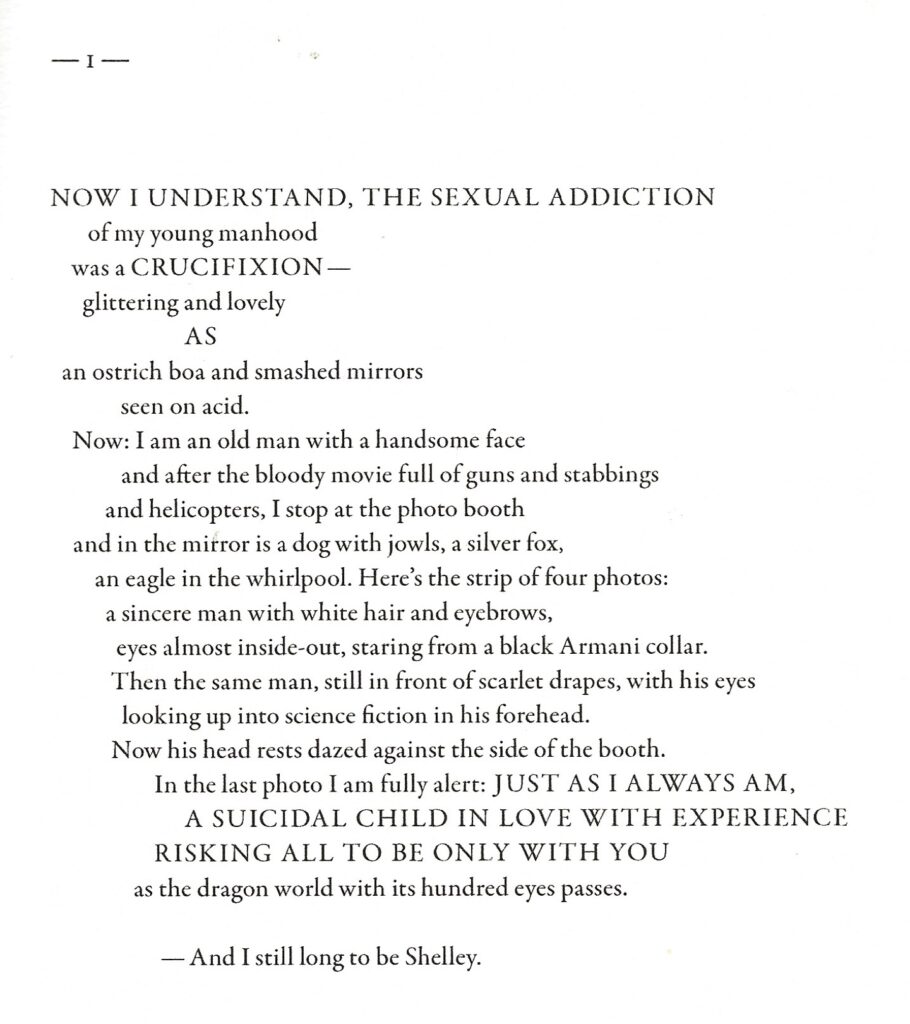 McClure did this over and over again. In the book Mephistos and elsewhere. “The memories of one’s youth make for long, long thoughts” is the Lapp proverb epigraph of “Dolphin Skull.” In the early 1990s McClure’s thoughts turned to his childhood. By then in his 60s his practice of delving into the sensual stuff of his Personal Mythology, as exemplified by his Personal Universe Deck, was ready to be harvested and be the energetic substrate of much of his later work.

Grafting off your own work is the key here and evokes a feeling similar to seriality, going back to themes/feelings/perceptions that are not yet exhausted. Find a stanza, or a line or two, from one of your old poems, repeat it (really type it out on the page, or write it down if you compose by hand) and see where it leads you. Try lineation different than what McClure called “lawnmower poetry” which is standard left-hand margin lineation that is as creative as how people mow their lawns. You’ll know quickly whether the experiment has juice. If no, come back later or try a different couple of lines.