Ed Varney (A Lot of Nada)

It was Michael McClure in about 2004 who suggested I go beyond the U.S. when studying Open Form poetry. That led me to José Kozer (Cuban, though living in Hallandale Beach, FL) and poets in B.C. like George Bowering, Daphne Marlatt, George Stanley, Robin Blaser, Sharon Thesen, Barry McKinnon and Ed Varney. I have interviewed all those poets. My interview with Ed is here. See my interview landing page here:

And in reading a recent journal entry, found a postcard poem written in honor of Ed Varney: 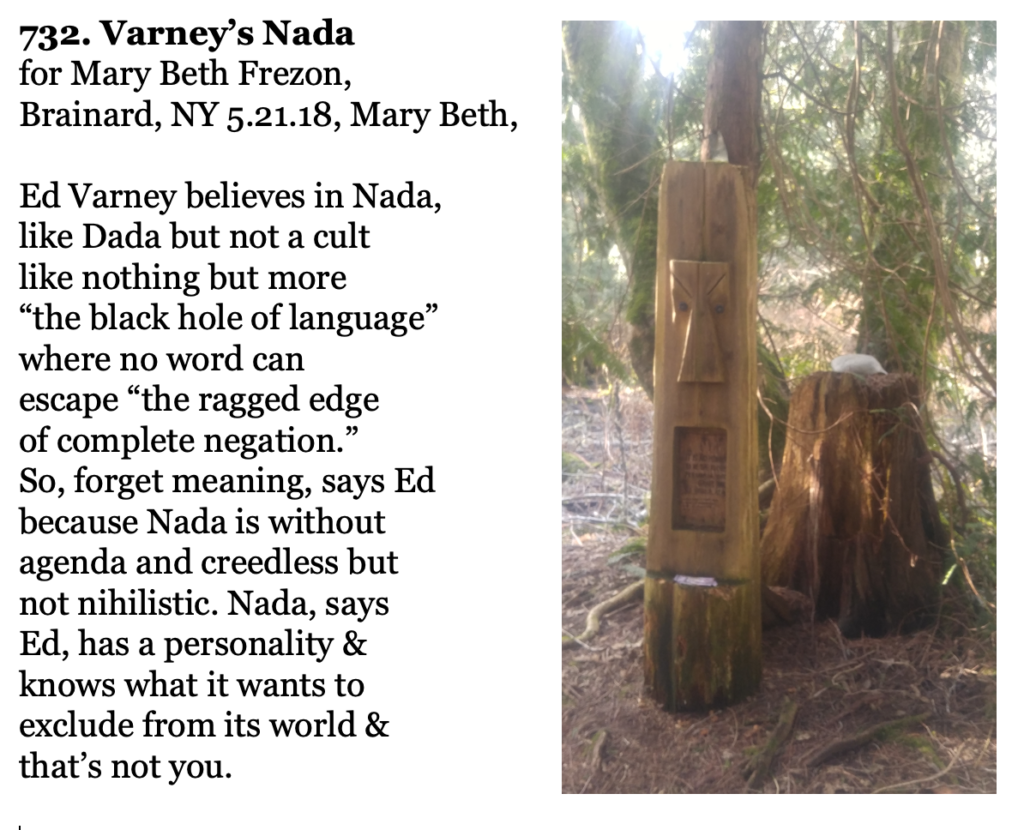 (Consider registering for THIS YEAR’S Poetry Postcard Fest.) His “Nada” comes out of Dada and, sure enough, he’s a Cascadian Dada poet/artist, represented (& one of the main forces behind) this chapbook: 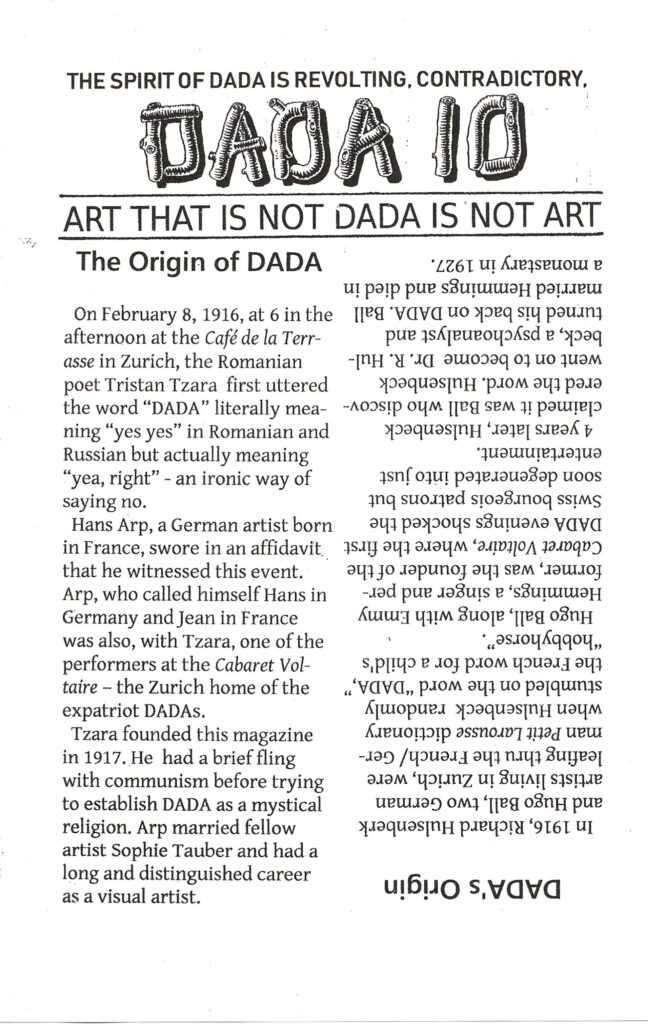 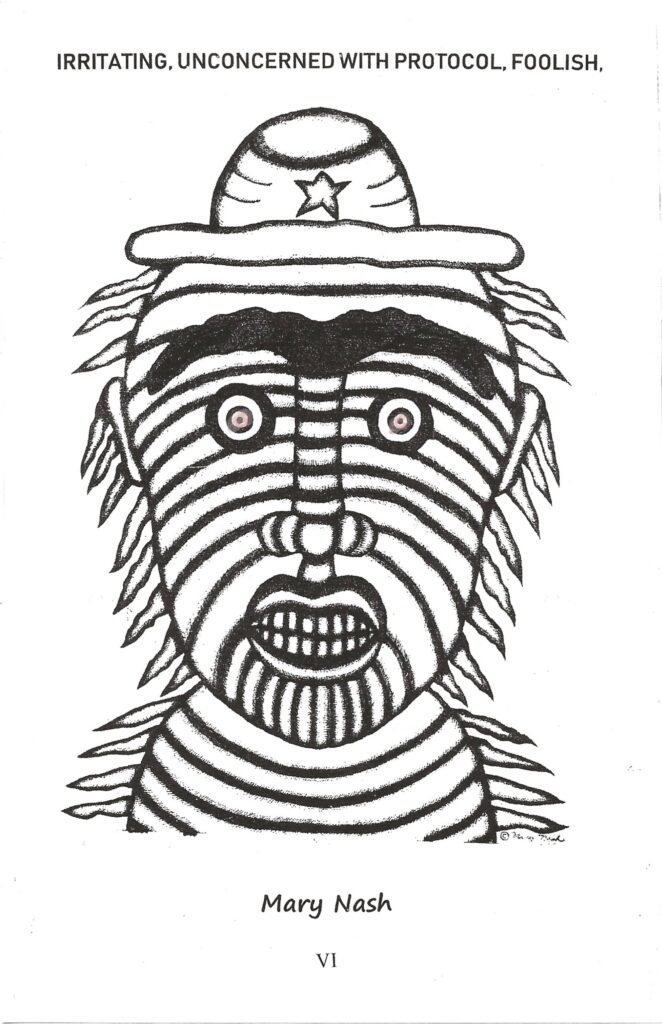 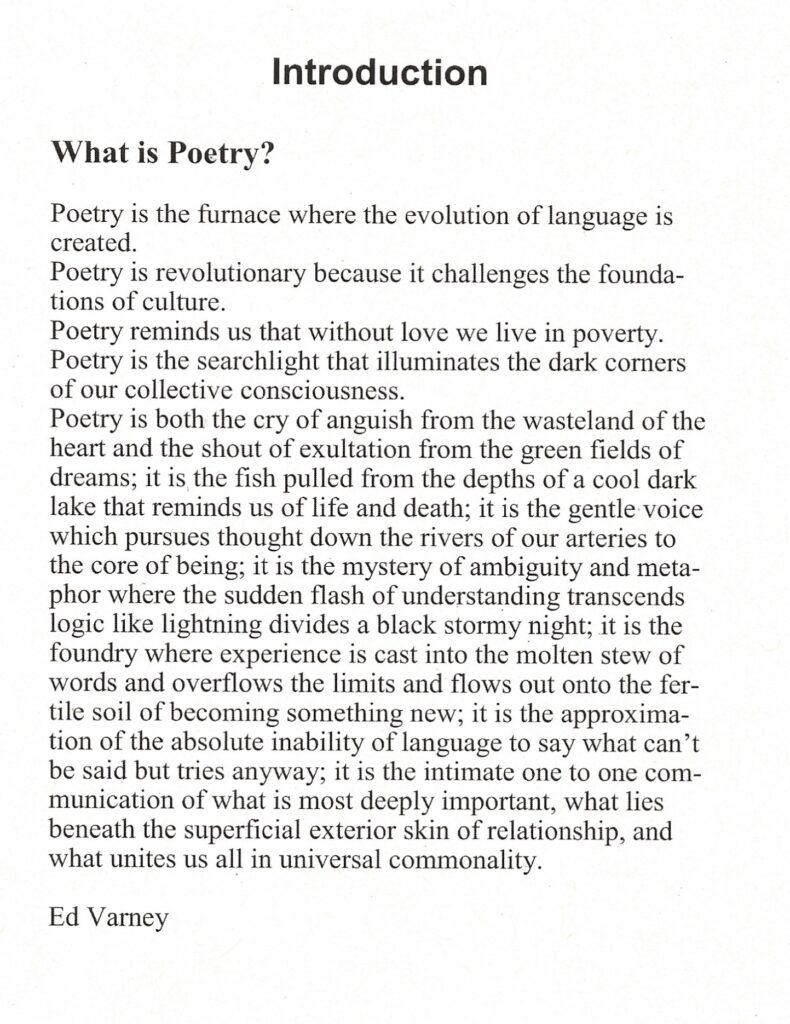 Even Ed’s envelopes are excellent: 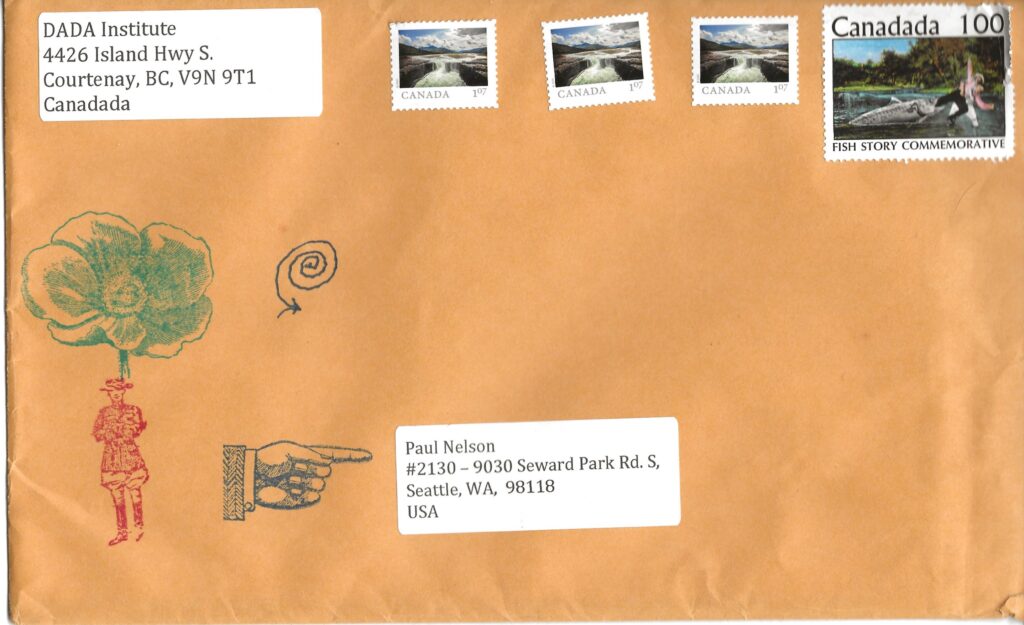 Zoom in on his fake “Canadada” stamp.

What an inventive man! I loved interviewing him in 2016. (Listen to that HERE.) And doing his thing at the edge of the world not especially caring if people notice, though I do and am grateful to know him.