Paul Nelson first started conducting interviews in his early radio days, Chicago 1980. In 1990 he was promoted to News & Community Affairs Director of KKNW (106.9 in Seattle) and over the next 14 years created nearly 500 hours of innovative and compelling public affairs radio programs.

Building from his early interest in holistic medicine, his interviews soon began to see the holistic approach in all facets of life, as well as the 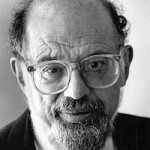