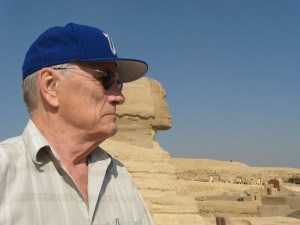 I never get tired of George Bowering. Some people say writing about writing is boring. They’re usually right, but Bowering’s writing on writing is fascinating. Take this bit excerpted from his new book How I Wrote Certain of My Books (Toronto ON: Mansfield Press, 2011).

Yeats got his metaphors from creatures in his wife’s dreams, of course, but he knew that he was one of many co-workers in the great task of poetry. The language he was working with was far larger, older and wiser than he would ever hope to be, and so was the great work. I remember asking the woman who was teaching my child “creative writing” rather than composition why she was doing that, and the woman told me it was so that my child could “express herself.” My child was lucky that there were James Joyce books in the house, H.D. books and Robert Duncan books. If my child wanted ever to be a writer, she had better not be satisfied to express herself, I thought. She could learn a lot by trying to imitate the writing of H.D., let’s say. (“Autobiology (1972)”)

Rob McLennan quoted that in his review of Bowering’s latest on his “clever” blog. I ordered the book before I read the whole review.